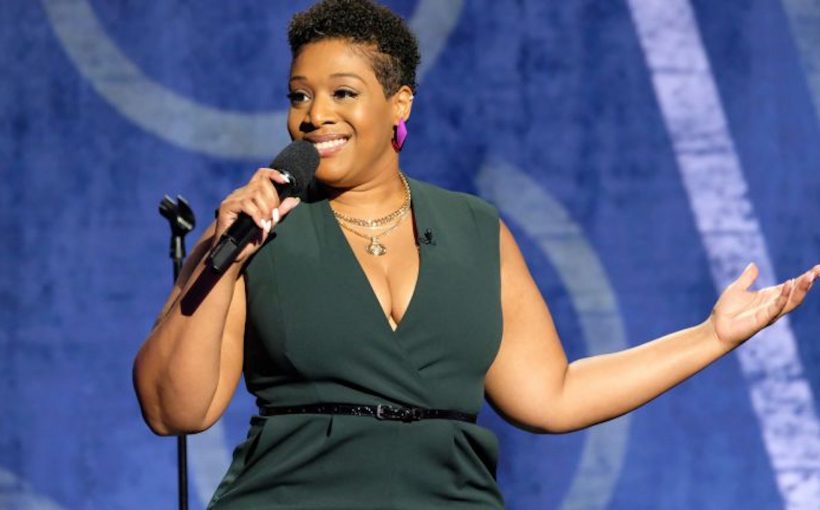 If you don’t know Tacarra Williams yet, you need to get on that, stat. Williams is a stand-up comic and single mom who appeared on the finale of Bring the Funny, the comedy competition that gives up-and-coming comedians a shot at a $250,000 prize and a spot at the Just for Laughs Festival in Montreal.

Williams is a working mom who has three kids — ages 5, 14, and 18 years old. On the show, she explained that “being a single mom in comedy is the toughest thing to do.” After all, she has to do “everything a regular mom has to do — and then I got a show!”

TONIGHT IT GOES DOWN…. The comedy clash. Tune in to see who I go up against… on @nbcbringthefunny on @nbc #BringTheFunny #comedyclash #uncheckable?

In her latest routine on Bring the Funny, Williams got into the real-life drama of parenting: interacting with new parents who are “too sensitive” and get offended by what she says about her kids; how busy parents end up secret-eating in their car (“I would rather die than share these nuggets and lemonade with anybody in this house”); and her five-year-old wearing what seemed to be a tube dress of questionable origins that turned out to be… something else.

Fellow working mom Chrissy Teigen, who is a judge on the show, praised Williams for her comedy chops and ability to parent three kids on her own.

“I have no idea how you do it,” Teigen said. “My latest headline was that I locked myself in a bathroom hiding from my kids,” adding that she only has two children (and a husband) to contend with.

Williams was born in Belize, raised in New York, and moved to California to pursue her comedy career. She describes herself on her website as a “school teacher, plus-sized model, motivational speaker, and writer” as well as a life skills coach who has taught inmates at a county jail (damn — impressive).

After her divorce, Williams got into comedy wanting to share what it was like raising three kids on her own. Now, she’s winning fans for her relatable routines about what it’s really like to be a parent — invented tube dresses and all.