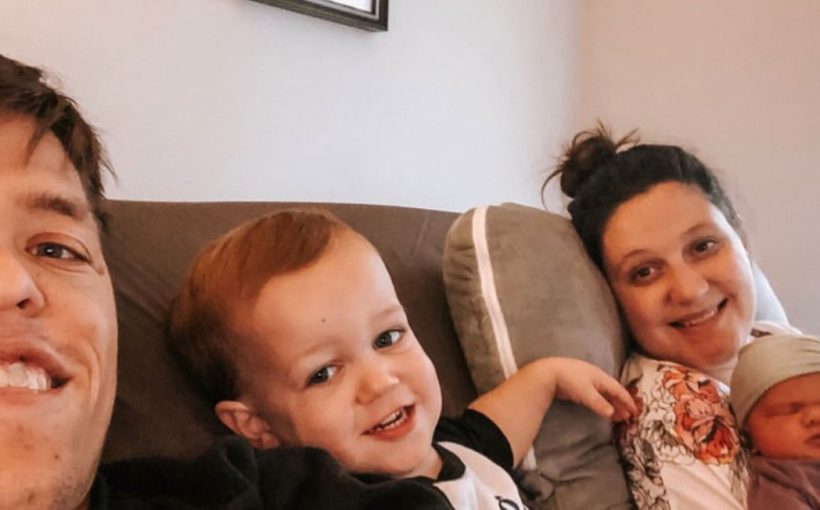 Welcome to the family! Tori Roloff  (née Patton) posted more photos of her newborn daughter, Lilah Ray Roloff, in a series of Instagram snaps on Friday, November 22, and Saturday, November 23.

The Little People, Big World star, 28, gave birth to her second child with her husband, Zach Roloff, on November 19. The pair confirmed the happy news to Us Weekly on Thursday, November 21.

“Zach and I are so excited to introduce you to our sweet baby girl Lilah,” the couple said in a statement to Us. “She has been the perfect addition to our family!”

Tori posted sweet photos of Lilah — including a family picture in the hospital — later that day.

Us broke the news in May that the TLC personalities’ family was expanding. Tori and Zach, 29, welcomed their first child, son Jackson, in May 2017.

“We are so excited to announce that Jackson is going to be a big brother,” the reality TV stars told Us at the time. “We can not wait to meet our sweet baby girl!”

In July, Tori revealed to her Instagram followers that her second pregnancy was much harder than the first.

“Don’t get me wrong-I’ve been so lucky… im not sick (anymore) and I haven’t had any complications (thank the lord),” she wrote at the time. “However I have had a harder time accepting my body this go around. I’ve gotten bigger a lot faster than I did with Jackson and I’ve become a lot more insecure.”

She added, “Hearing people ask me if I’m sure it’s not twins definitely does not help (for all our sakes-don’t ever ask a woman this question. Like ever).”

A few days later, Tori gave a more positive update on her wellbeing — and how her son felt about his new sibling.

“I’m feeling a lot better now than I did. … My belly button never returned after Jackson and is becoming even less visible now,” she captioned photos of herself and her son looking down at their stomachs. “I don’t really have cravings. Other than gummy bears (but honestly I love them with or without being preggo). I don’t think Jackson ‘gets it’ but he loves checking his belly for baby.”

Scroll down for pictures of Lilah’s first few days.