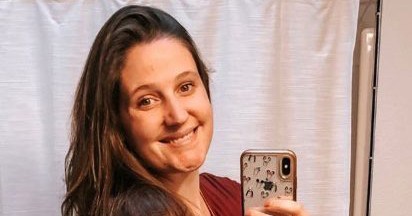 Baby bump and baby’s bump! Tori Roloff, who’s expecting her second child with husband Zach Roloff, posted a series of adorable photos of herself and her firstborn, Jackson, inspecting their respective bellies. In the photos, Jackson sticks out his stomach to mimic his pregnant mom.

“I am currently 20 weeks!” Tori, 28, wrote in the caption to the Monday, July 15, Instagram post. “I’m feeling a lot better now than I did in my 1st trimester. My belly button never returned after Jackson and is becoming even less visible now.” 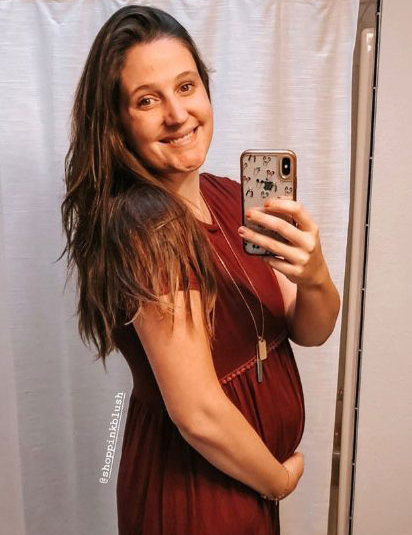 She went on: “I don’t really have cravings. Other than gummy bears (but honestly I love them with or without being preggo). I don’t think Jackson ‘gets it’ but he loves checking his belly for baby. Baby girl is the size of a banana. Which is so fitting because Jackson is obsessed with bananas.”

The Little People, Big World star previously told Instagram followers that this pregnancy has been “a lot harder” than her last one. “Don’t get me wrong-I’ve been so lucky,” she wrote on July 6. “Im not sick (anymore) and I haven’t had any complications (thank the lord). However I have had a harder time accepting my body this go around. I’ve gotten bigger a lot faster than I did with Jackson and I’ve become a lot more insecure.”

But in her post on Monday, Tori revealed that she had received outreaches of support from her fans. “I also wanted to say thank you to everyone who comment and messaged me about my post on self image,” she wrote.

“You all are so fricking sweet,” she told her well-wishers. “I wasn’t looking for affirmation but y’all seriously gave it to me. That’s honestly what gives me confidence to post this. I’m trying to love the heck out of my body because dang it I’m proud to grow this baby girl.”