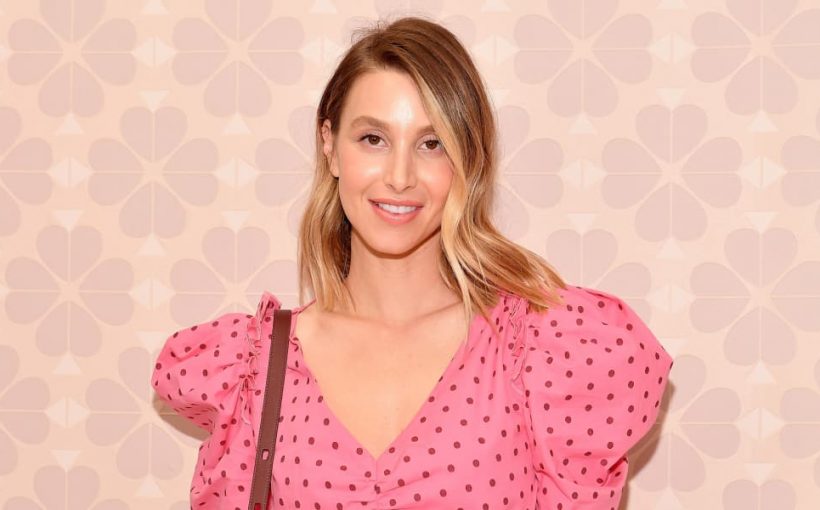 It’s time to get ready for some serious nostalgia, because The Hills will return to our small screens next year. Thus far, it’s been confirmed that Audrina Patridge, Heidi and Spencer Pratt, Stephanie Pratt, Jason Wahler, Justin Bobby, Frankie Delgado, and Port will return for the reboot, titled The Hills: New Beginnings.

If you’re sad about the absence of Lauren Conrad, Lo Bosworth and Kristin, don’t despair (or decide to sit this one out) just yet. A new (and totally adorable) face is likely joining the cast: Port’s baby son, Sonny Sanford.

In an exclusive interview with People, Port said Sonny will probably make at least a few appearances. "Being a mom is a huge part of my identity now, so it would feel weird if he was never on it and I just talked about him,” she told the outlet. "So I feel like Sonny will be on it a bit here and there."

Port also shared that Sonny, who is now 13 months old, is officially on the move — and speaking in his own adorable lingo. "He’s standing up and couch surfing, crawling so fast all over the place," the new mom shared. "He’s definitely starting to think he’s having conversations with us by babbling but he’s actually not really saying any words. He doesn’t want to be fed at all anymore — he wants to do everything on his own."

It sounds like Sonny has quite the independent spirit, and we can’t wait to see his antics on The Hills: New Beginnings.

And apparently, one thing we’ll most likely get to see is Sonny uttering the word "Mama." (Can you deal?!) OK, so Port says he most likely doesn’t really understand the word’s meaning, but it’s still precious to hear."[E]ven when my husband walks out of the room, he calls him Mama too, so I’m like whatever, it’s not that special," the refreshingly down-to-earth star explained. "I think Mama to him is whoever’s taking care of him."

Port has always been honest with her fans about the ups and downs of new motherhood, but there are far more ups and downs these days, and she’s eager to share this on The Hills: New Beginnings.

"[As] he turned 1, there was a huge shift in how I viewed motherhood and just my overall happiness as a mom and I think that’s important to share," Port said. "Yes, the first year was really hard and I want to be realistic with everybody about that, but it doesn’t last. It’s not going to be like that forever and I think that’s an important message to send."

What else can we expect from The Hills: New Beginnings? Well, the rest is still unwritten.