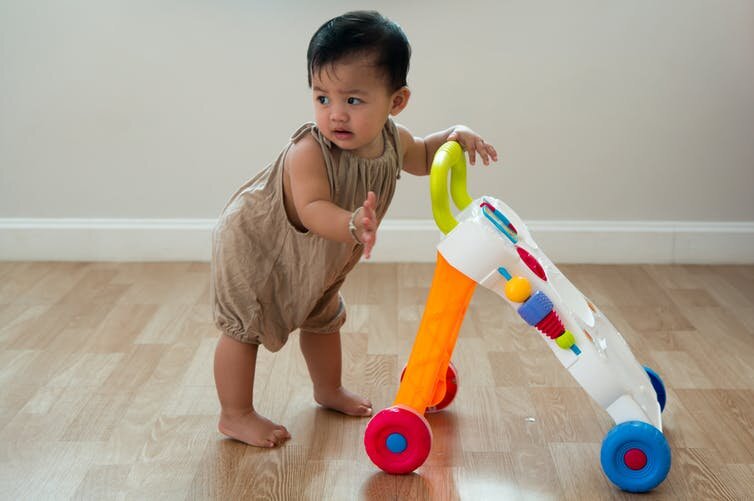 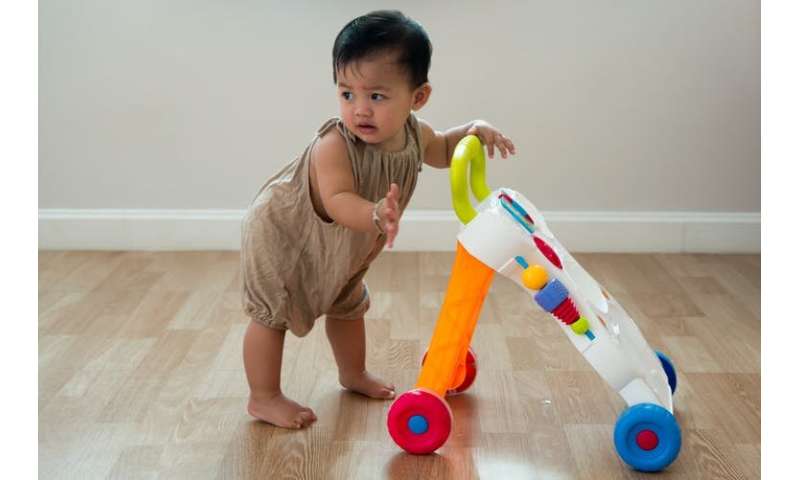 People often say that babies are like little sponges —with their ability to soak up language quickly and easily.

Yet much of the early research on language acquisition has focused on young infants learning only one language. This research was guided by an implicit assumption that learning one language is the usual and optimal way to learn to talk.

This idea was so strong that many questioned whether exposing babies to more than one language might be more than babies —as so-called “language sponges” —could absorb. Some even raised concerns that multi-language exposure might confuse babies and hinder their speech and language development.

Research in recent years paints a different picture. Language researchers now recognize that more and more babies are growing up in families with two or more languages. According to Statistics Canada, in 2016, 19.4 percent of Canadians reported speaking more than one language at home, an increase from 17.5 percent in 2011.

At McGill University’s Infant Speech Perception Lab, we have been studying how babies begin to take their first steps in acquiring their native language or languages.

Long before babies can say their first words, they’re already taking many steps to learn about their language. Our research has studied one of these challenging first steps —the ability to track when one word begins and ends in speech, or what are heard as word forms.

It’s challenging to track these word forms in speech as people rarely pause between words when they speak. As adults, we can locate word boundaries in our native language effortlessly. However, we often fail altogether when we encounter an unfamiliar language.

Babies have to learn the same skill for their native language, as learning to isolate word forms is a critical skill in learning new words. The ability to distinguish word forms earlier in life predicts later vocabulary development.

So how do babies it? Luckily, languages are consistent in what makes a word, and with sufficient exposure, babies can find and use these rules to recognize word forms or units in their native language.

This is because French is a syllable-timed language, where each syllable within a word has nearly equal stress. Syllables are given more stress only when they fall at the end of a phrase or a sentence (for example, donne-moi un ca-DEAU).

Nevertheless, since stress does not provide a consistent rule for distinguishing words in French speech, French listeners have to rely on other rules to find words in conversation.

Research has shown that French adults and babies track the co-occurrence of syllables in words. For example, they might track that the syllable “ca” is often followed by “deau,” so “cadeau” would likely be a word.

But, it seems that babies learning both English and French have to contend with conflicting rules. If they were to focus on stress cues, would a stressed syllable represent the beginning of the word, as it frequently happens in English? Or would it mean the end of the phrase or sentence, as in most cases in French?

To navigate this challenge, bilingual babies need to keep track of whether they are hearing English or French. But, is this too difficult or confusing for bilingual babies?

With these questions in mind, we recently conducted an experiment in Montréal, a city where over half the population speak both French and English.

As we expected, the French-only and English-only babies could track word forms in their native language, but not in the other language. Impressively, bilingual babies were on par with their monolingual peers in tracking word forms in both English and French at the same ages, even though the languages differ significantly. Further, bilingual babies who heard both languages spoken by the same parent appeared to do better at the task.

This is an impressive feat given that bilingual babies have to learn two different language systems in the same time period that monolinguals learn their single language. It is certainly a learning progression, but even young children can tell when they are hearing two languages.