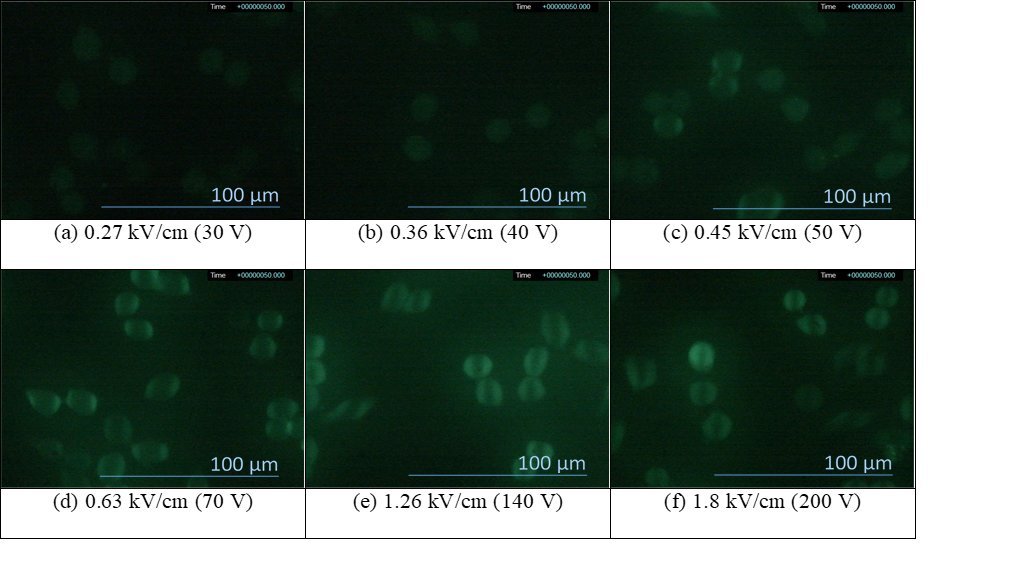 
Several treatment methods are used against cancer, and promising new approaches are currently under examination by various institutions around the world. Researchers at Kumamoto University’s Institute of Pulsed Power Science are studying one method in particular, calcium electrotransfer.

Pulsed electric fields (PEFs) have multiple applications in biology, ranging from DNA/drug delivery to the elimination of microorganisms in water. Their use against cancer is not new, but their basic effects on cells are still being clarified. Researchers at Kumamoto University’s Bioelectrics Department recently identified the optimal PEF conditions for increasing the permeability of a cell membrane to calcium. This technique is appealing as a potential cancer treatment since cancer cells are particularly sensitive to an abnormal influx of calcium, it is comparatively cheap, and it has few side effects.

The researchers examined calcium intake in HeLa S3 cells via calcium (Ca2+) fluorescence. For each test, they used a fixed amount of energy, but changed the PEF pulse count to assess the effects of electric field changes rather than that of total energy. Researchers found that membrane permeability continues for a short while after PEF is terminated because it takes time for the pores in the membrane to completely close. This gives a little more time for Ca2+ to diffuse into the cells.

Of the four electric fields examined, the two larger fields (1.8 and 1.26 kV/cm) produced a high Ca2+ intake rate during the first 10 ms that decreased significantly thereafter. On the other hand, the intake rate during the first 10 ms for the two smaller fields (0.63 and 0.45 kV/cm) was undetectable and gradually increased afterward. The rates for these two fields were very similar to one another until the end of the analysis.