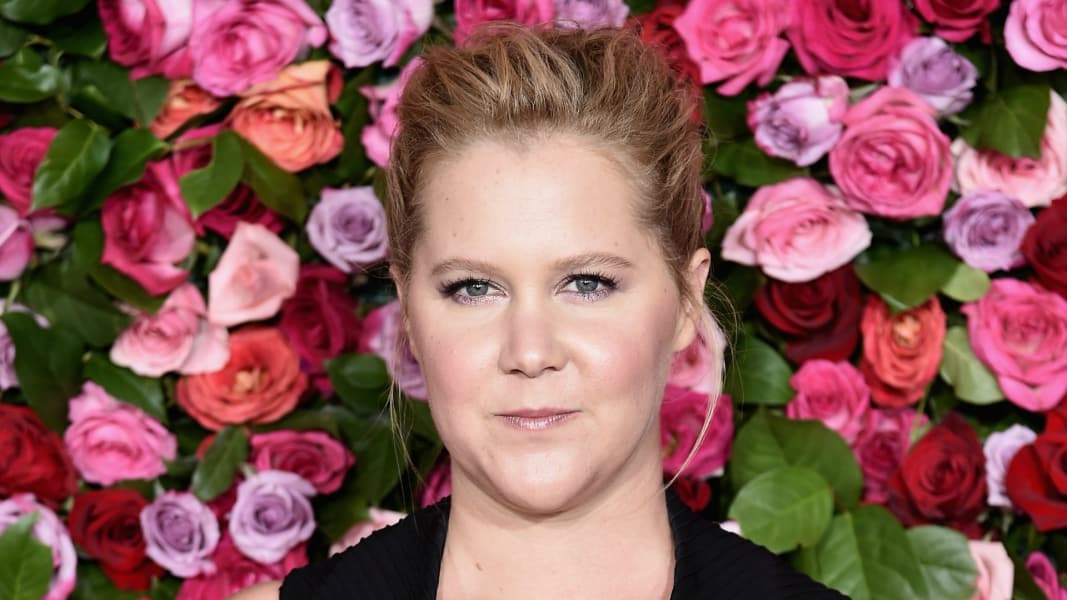 Comedian Amy Schumer is grateful that people care about her womb, truly. But she’d like everyone to please stop spreading unfounded rumors about it, OK?

Earlier this week, Schumer shared a photo of herself wearing a spaghetti-strapped red dress with her hands resting on the fabric near her waist. Because women are not allowed to touch their midsections without being pregnant in today’s society, some fans flipped.

"IT’S GON’ BE A LIL SCHUMER," one person yell-typed in all caps. Another wrote, "Congratulations!! Your entire outlook on life is going to change!!!!!!"

And it might, just not in the way that particular commenter had imagined. Later, Schumer shut down the rumors and speculation while drinking something bubbly in an Instagram video. Hey, if you’re going to spend your time discrediting gossip, you might as well enjoy it.

"I am not pregnant," Schumer said as she nursed a bubbly drink. "I am not pregnant… It looked like I was pointing to a bump or something, but I’m not. Leesa Evans and I have created a clothing line for all sizes and shapes at a chill price point. That’s what I was trying to allude to, but thank you for thinking of my womb."

Her caption, "I always have a bump alert," was equally as dry and funny as her video response.

But just because Schumer, who married husband Chris Fischer in February, isn’t pregnant now doesn’t mean she is totally against loaning her much-talked-about womb to a child in the future. Back in April, she told talk show host Ellen DeGeneres she’d love to share her genes with the world.

"Here’s the thing. I have never wanted kids," she said. "Then, I saw myself as a baby on your show, and I thought, ‘Who am I to deprive the world of such a beautiful baby?’ So I think we’re going to do it but just use my genetics."

Who knows, maybe one day, Schumer’s clothing company will expand its selection of clothes to include baby clothes. In the meantime, let’s agree to keep the speculation to a minimum.