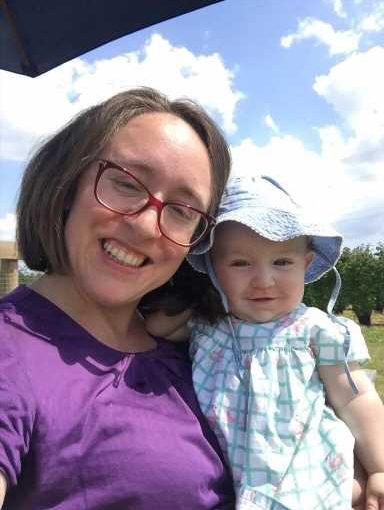 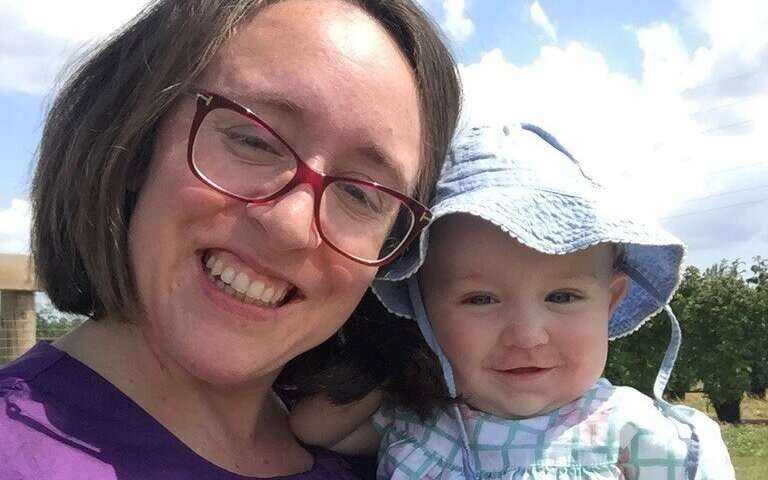 A new risk calculator for pregnant women with epilepsy, developed by researchers from Queen Mary University of London, has been found to accurately predict the risk of seizures during pregnancy and up to six weeks after delivery, and could save the lives of mothers and babies.

The EMPiRE tool has been made freely available online to help clinicians identify women at high risk of seizure, and inform their care through close monitoring and anti-epileptic drug management.

Women with epilepsy are ten-times more likely to die in pregnancy than those without the condition, with seizures as the main cause of death. It has been consistently highlighted that the main factor behind these deaths is a lack of recognition of the women’s high-risk status by health professionals.

Pregnant women with epilepsy are advised not to alter their treatment without specialist advice. However, up to four in ten women discontinue their anti-epileptic medication in pregnancy due to concerns about the effects of drugs on the unborn baby, thereby increasing their risks of seizures.

Ngawai Moss, 38, has epilepsy, and is the mother of two children. She said: “Every woman experiences epilepsy differently in their day to day life but it is a source of worry not knowing when you might have a seizure. Pregnancy makes you actively question how best to manage your epilepsy. Our medication can help prevent seizures, but it can also potentially be harmful to the health of the baby.

“This dilemma can make the decisions around continuing to take medication during pregnancy difficult. You want to do the right thing for the baby, but it’s also important to be practical. If you have a seizure there is a possibility of drowning or sustaining a serious injury, like falling down the stairs which can also harm or kill the baby.

“Many women will place priority on the advice of obstetrics and gynaecology teams but they generally have a limited understanding of epilepsy particularly as it is not their specialty. Better advice and management is needed for pregnant women with epilepsy.”

The new prediction model, which has been published in the journal PLOS Medicine and online by the research team, is able to generate accurate estimates of seizure risk at any time in pregnancy in women with epilepsy who are on anti-epileptic drugs, to help inform their care.

The model uses information which can be routinely collected during an antenatal appointment, such as age at first seizure, type of seizure, seizures in the three months before pregnancy, seizures requiring hospital admission, and current dose of anti-epileptic drugs. It then processes the data to predict the likelihood of a seizures not only in pregnancy, but up to six weeks after delivery, a period with increased risks to the mother and baby.

Lead researcher Professor Shakila Thangaratinam from Queen Mary University of London said: “The EMPiRE tool is the first ever to predict the risk of seizure in pregnant women with epilepsy who are on anti-epileptic drugs. Our model gave accurate predictions regardless of the type of care the woman received, and we’re now making it freely available online via a web-based calculator so that any clinician in any part of the world can use it with their patients.

“By identifying the women who are at greatest risk of seizures, we can monitor them more closely during pregnancy, labour and childbirth, or consider increasing their anti-epileptic drug dose to reduce that risk.” 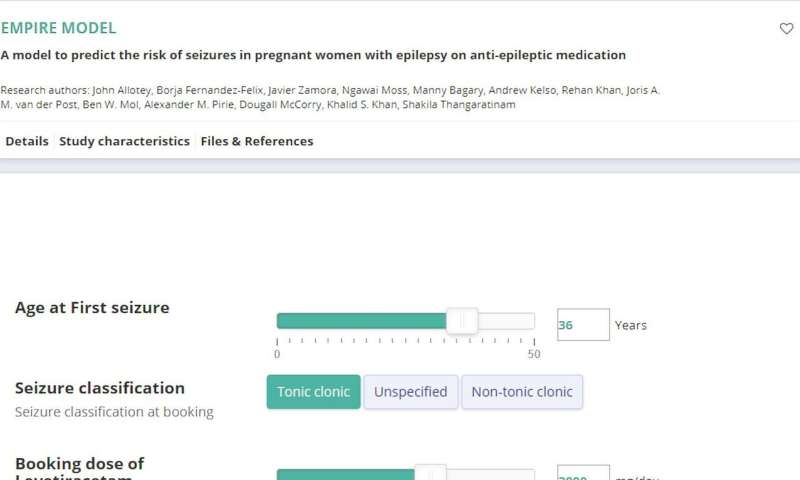 Dr. John Allotey, research team member from Queen Mary University of London said: “Such a tool can empower women to make informed decisions on their care, including shared decision making between the woman and their healthcare professional on the level of support needed in pregnancy and after childbirth. By being aware of their risk status, women’s anxiety from the unpredictable nature of seizures could be reduced, and they may also be more likely to adhere to their medication if needed.”

The team of researchers developed and validated the model using datasets from the EMPiRE cohort study which looked at 560 pregnant women with epilepsy on medication from 50 hospitals in the UK.

By testing the predictive model against the data collected in the study, the team was able to show that the model accurately predicted the risk of seizures. The model discriminated well between those with and without seizures, with good agreement between predicted and observed risks across both low and high-risk women.

Ngawai Moss added: “The model will be an asset for women living with epilepsy, like me, who are looking to get pregnant or already are. It will help us make informed decisions on how we manage our epilepsy and that in itself is extremely reassuring and empowering.”

The work was carried out at Barts Research Centre for Women’s Health, based at Queen Mary University of London, which is funded by Barts Charity.

Victoria King, Director of Grants at Barts Charity, said: “Barts Charity invested in the Barts Research Centre for Women’s Health to help research lead to tangible improvements in the health of women and their babies and this freely available tool has the potential to do just that for pregnant women with epilepsy.

“The tool can help pregnant women with epilepsy work with their healthcare team to make empowered and make informed decisions about what is right for them and their treatment during pregnancy and Barts Charity is very proud to support this.”