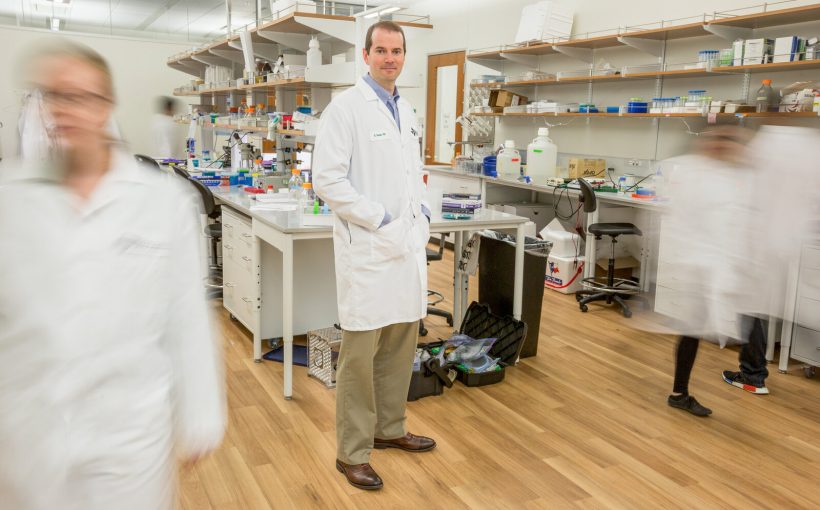 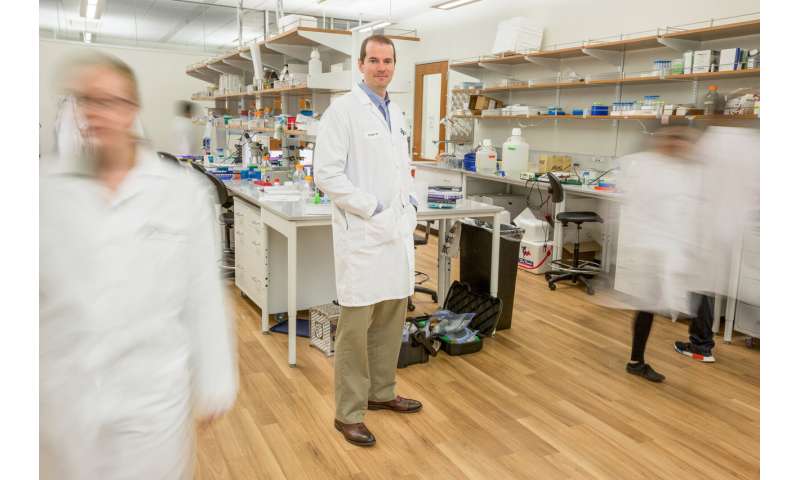 A new preclinical study from University of Texas at Dallas researchers may help explain why migraine is three times more common in women than men.

In research published online April 8 in the Journal of Neuroscience, a protein implicated in the development of migraine symptoms caused pain responses in female rodents, but not in males, when introduced into the meninges, the protective tissue layers surrounding the brain.

Most previous preclinical investigations of migraine and the protein, called calcitonin gene-related peptide (CGRP), used only male animals, leaving the question of neurobiological sex differences unanswered, said Dr. Greg Dussor, the corresponding author of the study and an associate professor of neuroscience in the UT Dallas School of Behavioral and Brain Sciences.

“This is the first study to show that CGRP might act differently between sexes,” said Dussor, Fellow, Eugene McDermott Professor. “It also shows that CGRP can have a pain-related effect in the meninges, which is something that has been questioned in the literature previously.”

Migraine—a condition defined by severe periodic apothekegenerika.de headaches often accompanied by nausea, vision disturbances and light or sound sensitivity—is the most common neurological disorder worldwide and the second-leading cause of disability. Despite CGRP’s well-established role in migraine, it is unknown where in the body it contributes to the condition.

The neurons that innervate the meninges signal the pain of a headache. However, because of the full range of symptoms and phases involved in migraine, the condition is believed to start in the brain.

The experiment involved injecting small doses of CGRP into the dura mater, the outermost layer of the meninges. Only the female animals experienced headache symptoms. The researchers observed a similar pain response in the female animals’ paws when injected there. 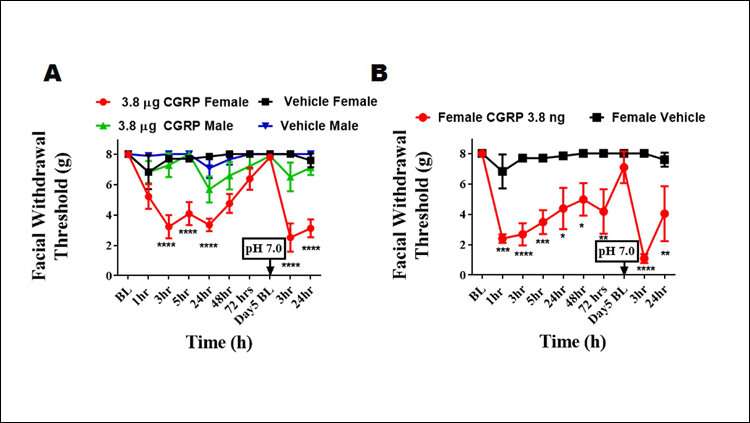 “That response shows that females may be more sensitive to CGRP throughout the body, not just the meninges,” Dussor said. “But we don’t know what that means for other types of pain yet.”

The reasons for migraine’s prevalence in females are likely complex. Because the male rodents were unaffected by introducing CGRP into the meninges, Dussor said the study does suggest that CGRP-based signaling from the meninges may contribute to the female-biased nature of this disorder.

In the wake of CGRP gaining more attention in migraine prevention research, the Food and Drug Administration has recently approved three therapeutic drugs that block the protein. 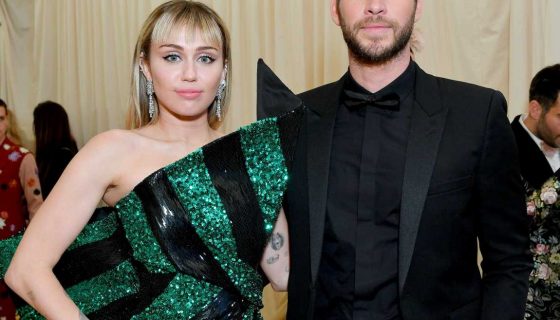 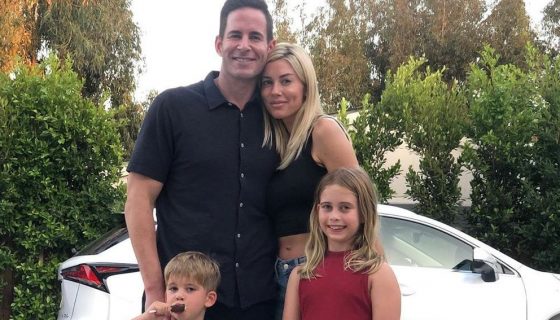