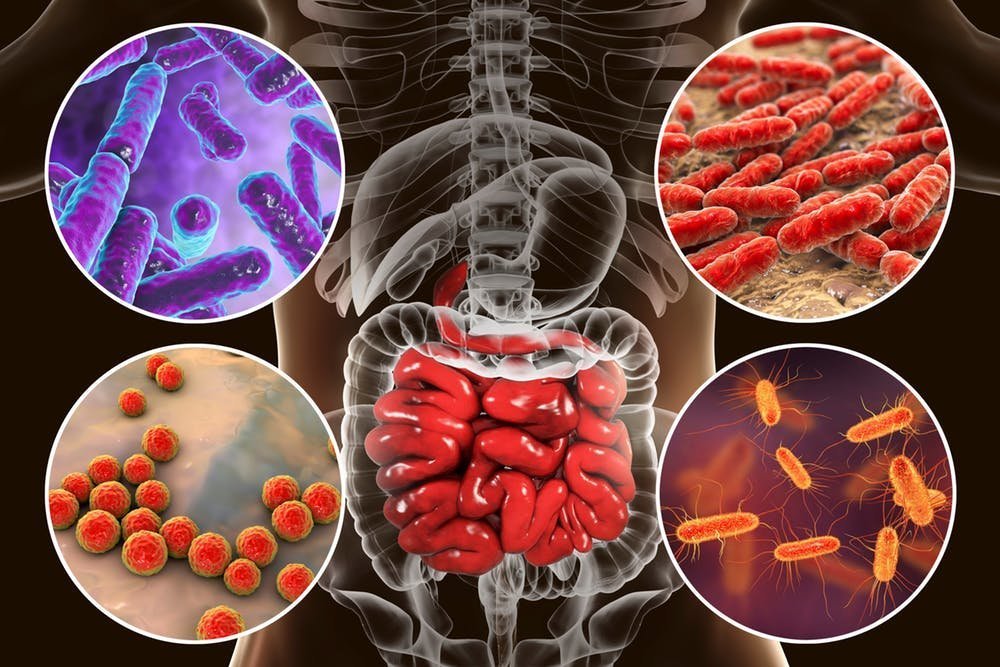 Could the poop of some cancer patients hold the key to treating certain cancers in all people?

What does cancer have to do with poop? In the past few years, researchers around the world, including us, have realized that the gut bacteria – what we call the gut microbiome – of cancer patients may hold the key to improving cancer therapies for patients. Exactly how this happens is unclear, but may be linked to the ability of gut bacteria to boost our natural immune responses.

The gut microbiome comprises the entire collection of microorganisms dwelling in the gastrointestinal tract. But recent research suggests that the microbes in the gut might not be idle bystanders. Rather, they may be critical for helping patients respond to new drugs called “immune checkpoint inhibitors” that help immune cells recognize tumor cells and attack them. My goal as an oncologist who specializes in melanoma is to develop new approaches to treat advanced cancer, particularly in patients whose cancers fail to respond to these otherwise powerful immunotherapies. To this end we decided to investigate whether certain types of microbes could boost the efficacy of immune checkpoint inhibitors and designed an unique clinical trial to test whether the gut microbiome influences the efficacy of these medicines in melanoma patients.

The medical community has known for a long time that while the immune system is able to “see” cancer cells, it often fails to destroy them. This occurs because cancers can “hide” from the immune cells, thereby evading the natural anti-cancer responses typically generated by the immune system. Cancers overproduce proteins such as PD-L1 which they display on their surface to escape immune surveillance. The cancer cells use the PD-L1 protein to essentially lull the immune cells to sleep.

PD-1 and PD-L1 inhibitors block the interaction between PD-L1 on the cancer cell and the PD-1 receptor on the body’s immune cells. This enables the immune system to recognize and kill these rogue cancer cells.

These findings were the result of decades of painstaking work by scientists across the globe, including Tasuku Honjo in Japan and James Allison along with Arlene Sharpe and Gordon Freeman in the United States. Their work allowed scientists to develop drugs such as the so-called PD-1 and CTLA-4 inhibitors that help the body’s natural immune system recognize cancer as a foreign entity, and in so doing, unleash a wave of T-cells that recognize and kill cancer cells. 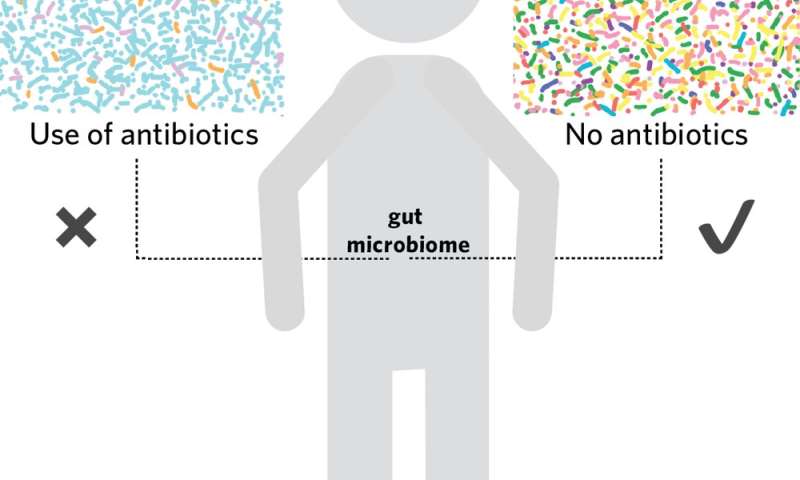 These revolutionary agents have transformed some advanced cancers into a chronic disease; in melanoma, PD-1 inhibitors produce long-lasting responses in 30-40 percent of patients. However, these drugs do not work in the other 60-70 percent of melanoma patients for a multitude of reasons, including not having the right microbes in the gut – a condition termed “intestinal dysbiosis.”

How exactly does bacteria in one’s gut affect the immune system? Turns out, it is complicated. The “gut microbiome” comprises approximately 100 trillion microbial cells that outnumber all human cells in the body and form an ecosystem that influences host physiology, nutrition, metabolism and immune function. Work by several eminent groups including Gustave Roussy, the University of Chicago, the MD Anderson Cancer Center and the University of Texas in Dallas suggest that not having the right bugs may account for why PD-1 inhibitors do not work at least in some patients.

Analyzing gut bacteria is hard work. In all the published studies, researchers obtained stool specimens from cancer patients before and after PD-1 immune therapy. They sequenced the genomes of the bacteria to figure out their identities. Then they used various computational techniques to calculate the exact species in each of the various stool samples, and to determine the relative diversity and abundance of bacterial species between responders (whose tumors shrank) and nonresponder patients. Several studies explored the effect of administering fecal matter from human responder patients to mice bearing tumors and demonstrated that the mouse tumors regressed – suggesting that some element in the poop was facilitating the cancer treatment.

When we saw these data, we wondered whether administration of microbes derived from responders – via a fecal transplant – could reduce tumors by correcting the balance of microbes in the gut, just as it did in the tumor-bearing mice. We were particularly curious whether the approach could be used to treat patients who do not respond to anti-PD-1 immunotherapy. Although the various groups, including ours, studied stool samples from patients with cancer, the bacterial species associated with responder patients varied from study to study. This could be due to technical differences in the terms of how these samples were collected and analyzed; but it also underscores the difficulties inherent in analyzing whether a single bacterial species or a group of bacteria were responsible for mediating these effects.

But figuring out the exact bacteria (or group of bacteria) responsible for this effect might take a long time. There are 10-100 trillion bacteria in the human gut – considerably more than the United States debt ceiling as of 2018. Experimenting with a single species at a time could take decades. Instead we decided to use “bacterial cocktails” derived from the fecal matter of cancer patients who had done extraordinarily well on PD-1 treatment.

This approach borrows insights from the microbial world, in particular the importance of function over identity: meaning that what a particular microbe, or collection of microbes, does is more important that its identity. 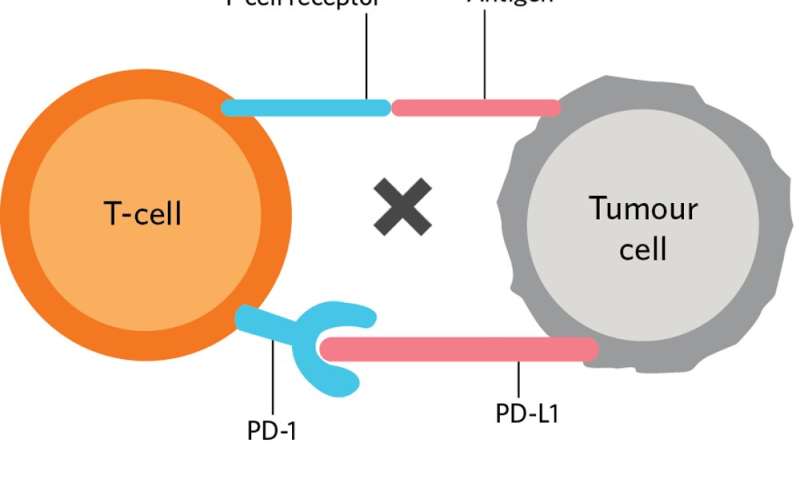 In our first-in-human trial, we are collecting the gut microbiome from patients whose cancers have responded extraordinarily well after anti-PD-1 immunotherapy. Using this, we generate a fecal microbiome transplant – “FMT,” or simply “a poop transplant.”

We select patients whose cancers have not responded to anti-PD-1 immunotherapy. Following a biopsy of their tumor, patients then receive this “poop transplant” via a colonoscopy along with a PD-1 inhibitor drug called pembrolizumab. Fecal transplantation is followed by several treatments of pembrolizumab after which the patient’s response is assessed. Responding patients continue to receive the drug to complete two years of therapy.

Links between the bacteria we have isolated and certain dietary elements have led us to also monitor dietary input in both this study and patients receiving immunotherapy.

Fecal transplants are highly effective in treating potentially fatal Clostridium difficile infections. Research suggesting that intestinal dysbiosis may underlie other illnesses has spawned a host of fecal transplant studies in other diseases ranging from inflammatory bowel diseases to obesity and graft-versus-host disease, and even in autistic patients with gastrointestinal disorders.

However, besides our study, there is only one other study at the Sheba Medical Center in Israel that is testing this approach to treat advanced cancer.