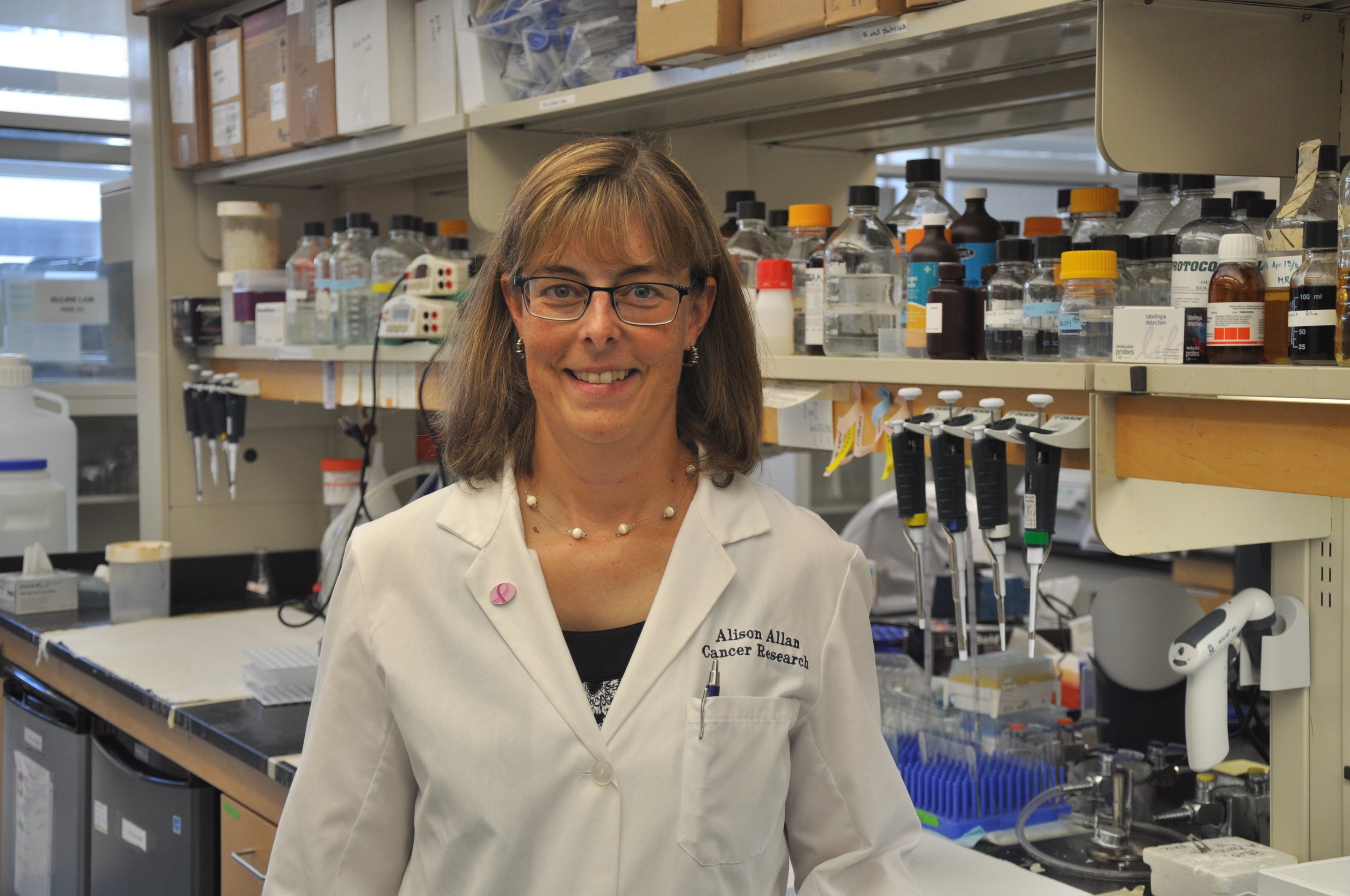 An international collaborative study between Lawson Health Research Institute, Memorial Sloan Kettering Cancer Center, the Royal Marsden and Epic Sciences is one of the first to demonstrate that a blood test can predict how patients with advanced prostate cancer will respond to specific treatments, leading to improved survival.

The study used a liquid biopsy test developed by molecular diagnostics company Epic Sciences that examines circulating tumour cells (CTCs) in blood samples from patients with advanced prostate cancer who are deciding whether to switch from hormone-targeting therapy to chemotherapy. CTCs are cancer cells that leave a tumour, enter the blood stream and invade other parts of the body, causing the spread of cancer.

The test identifies whether or not a patient’s CTCs contain a protein called AR-V7 in the cell’s nucleus. The research team set out to determine whether the presence of this protein predicted which treatment would best prolong a patient’s life. They found that patients who tested positive for the protein responded best to taxane-based chemotherapy while those who tested negative for the protein responded best to hormone-targeting therapy with drugs called androgen-receptor signaling (ARS) inhibitors. These are the two most widely used drug classes to treat advanced prostate cancer.

“The study focused on a critical decision point when patients and their oncologists are choosing what therapy to pursue next,” says Dr. Alison Allan, a scientist at Lawson and Chair, Department of Anatomy & Cell Biology at Western University’s Schulich School of Medicine & Dentistry. “We are addressing a critical unmet need by validating that a blood test or liquid biopsy can be used to select a therapy most likely to extend a patient’s life.”

Research participants included 142 patients with advanced prostate cancer from the London Regional Cancer Program at London Health Sciences Centre (LHSC) in London, Ontario; Memorial Sloan Kettering Cancer Center in New York; and the Royal Marsden in London, England. The patients had already undergone at least one round of hormone-targeting therapy without success and were working with their oncologist to decide whether to switch to a different hormone-targeting therapy or to chemotherapy as their next line of treatment.

“ARS inhibitors are the preferred first line of treatment because they target the hormones that provide the fuel for prostate cancer cells to grow,” explains Dr. Allan. “However, at some point, cancer cells can figure out a way to survive without this fuel and become resistant to ARS inhibitors, in many cases through production of the AR-V7 protein. That’s why chemotherapy is sometimes used a second line therapy.”

While this study looked at predicting the best treatment for patients who had already undergone at least one round of hormone-targeting therapy, a future goal of the team is to assess the use of this test or similar CTC blood tests in determining optimal therapy at earlier decision points in advanced prostate cancer care. The team also plans to collaborate further with Epic Sciences to evaluate different versions of the CTC blood test for other types of cancer, such as lung cancer.