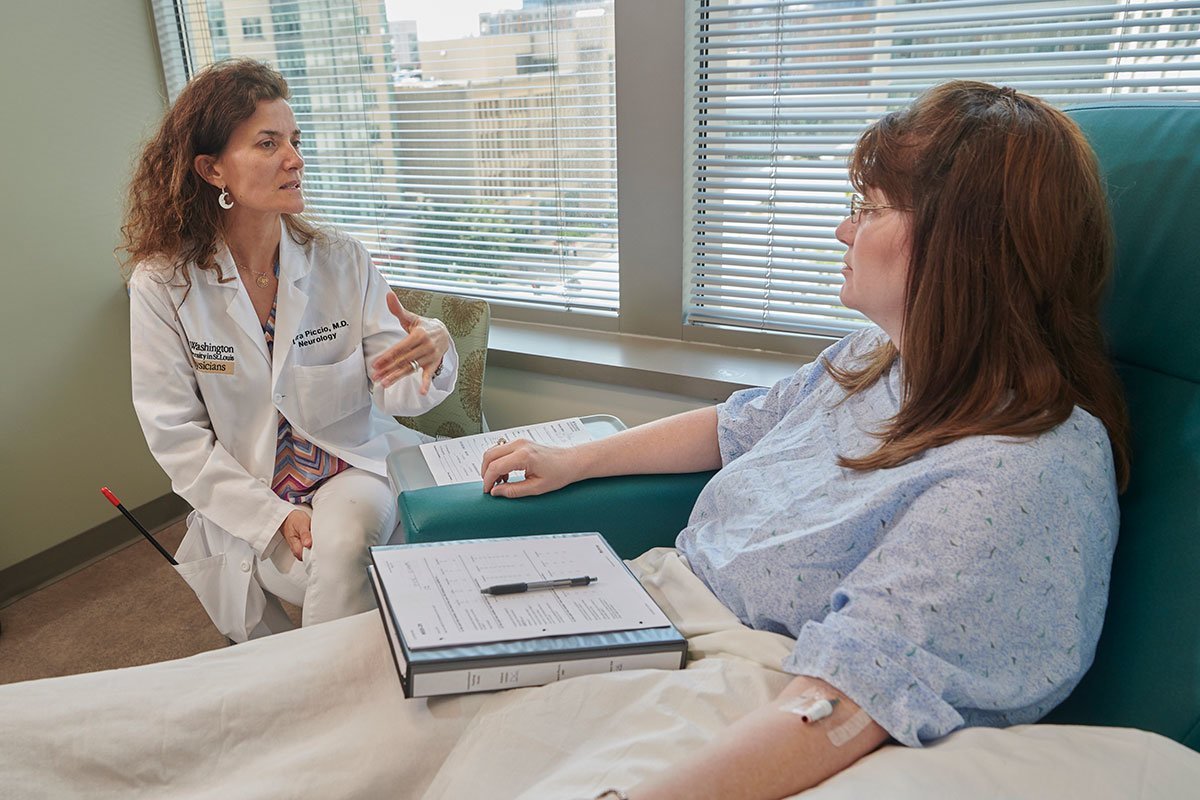 People with multiple sclerosis (MS) can find an abundance of conflicting advice suggesting that special diets—everything from avoiding processed foods to going low-carb—will ease their symptoms. But the evidence is scanty that dietary changes can improve fatigue or other MS symptoms.

“People hear these miraculous stories about patients recovering the ability to walk after they started on this diet or that, and everyone wants to believe it,” said Laura Piccio, MD, an associate professor of neurology at Washington University School of Medicine in St. Louis. “All we have right now are anecdotes. The fact is that diet may indeed help with MS symptoms, but the studies haven’t been done.”

That’s why Piccio is putting one dietary intervention to the test. She has launched a trial to evaluate whether drastically cutting calories twice a week can change the body’s immune environment and the gut microbiome, and potentially change the course of the disease. The study is rooted in her own research that shows that fasting can reduce MS-like symptoms in mice.

MS is a betrayal: A person’s own immune system turns against his or her nervous system. Depending on which nerves are damaged in the assault, signs and symptoms vary greatly but can include fatigue, numbness or weakness in the limbs, dizziness, vision problems, tingling and pain. Patients with relapsing-remitting MS—the most common form—can be stable for months or years between bouts of illness.

Piccio and colleagues are recruiting patients with relapsing-remitting MS for a 12-week study. Half will stay on their usual Western-style diet seven days a week, while the other half will maintain such a diet five days a week but limit themselves to 500 calories of vegetables the remaining two days.

The trial is based on findings from a mouse study Piccio and Yanjiao Zhou, MD, Ph.D. – an assistant professor at the University of Connecticut who studies microbiome-based therapeutics—published earlier this month in the journal Cell Metabolism. The study showed that intermittent fasting reduces MS-like symptoms. In the study, mice were either allowed to eat freely or fed every other day for four weeks before receiving an immunization to trigger MS-like symptoms. Both groups of mice then continued on their same diets for another seven weeks.

The mice that fasted every other day were less likely to develop signs of neurological damage such as difficulty walking, limb weakness and paralysis. Some of the fasting mice did develop MS-like symptoms, but they appeared later and were less severe than in the mice that ate their fill every day.

In addition, the fasting mice’s immune systems seemed to be dialed down. As compared with mice that took daily meals, those that ate every other day had fewer pro-inflammatory immune cells and more of a kind of immune cell that keeps the immune response in check.

“There are several possible ways fasting can affect inflammation and the immune response,” Piccio said. “One is by changing hormone levels. We found that levels of the anti-inflammatory hormone corticosterone were nearly twice as high in the fasting mice. But it also could act through the gut microbiome.”

The gut microbiome—the community of microbes in the intestine—doesn’t just help us digest our food and synthesize vitamins and amino acids. It also helps our immune systems develop and mature. A change in the makeup of the gut community could alter whether the immune system has a pro- or anti-inflammatory bent, the researchers said.

After four weeks, the mice that fasted sheltered a more diverse ecosystem in their guts than mice that ate every day. In particular, the fasting mice had more of the soothing probiotic bacteria Lactobacillus, which other studies in mice have linked to milder MS-like symptoms.

In addition, transferring gut bacteria from fasting mice to nonfasting mice made the recipients less susceptible to developing MS-like symptoms, suggesting that something in the microbial community was protecting the mice.

These results were encouraging enough for Piccio and colleagues to launch a human study of 40 to 60 people. Each participant will undergo a neurological assessment and provide blood and stool samples at the start, midpoint and end of the study. Participants already taking injectable medications for MS will continue their prescribed drug regimens, and anyone who relapses during the study will receive appropriate treatment. Participants receive up to $265 for taking part in the study.

“We’re not looking for clinical benefit, although we certainly hope to see an improvement,” Piccio said. “Because MS is so variable and people with relapsing-remitting MS can be stable and nearly symptom-free for long periods, you’d need a huge study to see any benefit. Instead, what we want to find out is whether people on limited fasts undergo changes to their metabolism, immune response and microbiome similar to what we see in the mouse.”

A pilot study with 16 people limiting their calories every other day for two weeks found immune and microbiome changes that echo the ones seen in mice. The current study is designed to more closely analyze those shifts—and perhaps set the stage for an even larger study to find out whether skipping meals can ease symptoms for people with MS.