Home » Health News » Why do we grind our teeth? 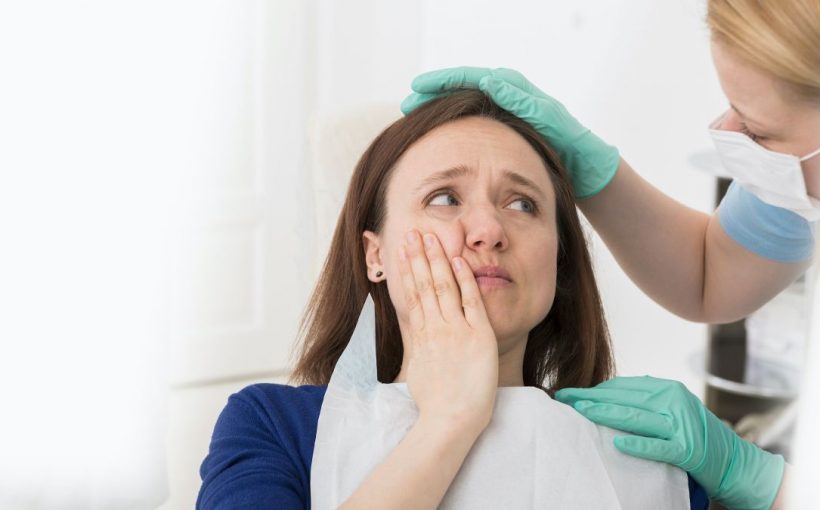 Take a moment to recognize the tension in your body. Are your shoulders hunched? Are your eyes squeezed tight? Are your teeth clenched shut?

The latter, teeth clenching, is a medical condition called bruxism. And for some people, it can cause real problems, such as headaches, jaw pain and damaged teeth.

The main trigger of bruxism may be fairly obvious: Stress and anxiety are the top causes, Omrani told Live Science. But other factors can play a role. A major one is the use of selective serotonin reuptake inhibitors (SSRIs), a type of antidepressant, according to a systematic review of case reports published in the journal Neurology Clinical Practice. “That’s the question I always ask: How long have you been on this medication, and do you feel like your bruxism has worsened since you’ve been on this medication? In the majority, I find an association,” Omrani said.

Smoking, drinking a lot of caffeine or alcohol, and acid reflux can also increase a person’s risk of bruxism, she said. Despite suspicions that sleep apnea increased risk of sleep bruxism, a 2020 review published in the journal Sleep and Breathing did not find a conclusive link between the two.

Bruxism is a rather common condition. About a third of adults experience awake bruxism, and 1 in 10 have sleep bruxism, according to the Mayo Clinic. For many of those people, the condition isn’t much of a medical issue. But for some, it can cause neck pain, jaw pain, headaches, a receding gumline and damage to the teeth that may require crowns or tooth extraction. The nerves in the teeth can be so irritated, in fact, that a person may need a root canal, Omrani said. These symptoms are usually associated with sleep bruxism rather than awake bruxism, she added.

—Why do your teeth feel weird after eating spinach?

—Why do teeth turn yellow?

—Why are teeth so sensitive to pain?

Treatment for awake bruxism is simpler. “With daytime clenching, you could teach [people] not to do it by keeping their teeth separate and constantly reminding themselves, ‘Am I clenching?'” Omrani said. People can also work with a pain psychologist to identify what triggers their teeth clenching  and to learn stress management.

It’s impossible to notice and stop your clenching while asleep, so treating sleep bruxism requires different techniques. First and foremost, Omrani recommended wearing a dental night guard, which is like a customized mouth guard that you wear at night. It won’t stop the grinding, but it can protect the teeth and jaw muscles, Omrani said. If the person is on SSRIs, they may need to switch to a different type of antidepressant. And if the pain is severe, patients can be prescribed muscle relaxants to take at night, or they may opt for Botox injections to the facial muscles to help them relax, she said.

Tara Santora is a contributing editor at Fatherly and a freelance science journalist who covers everything related to science, health and the environment, particularly in relation to marginalized communities. They have written for Popular Science, Scientific American, Business Insider and more. Born and raised in the Philadelphia suburbs, Tara graduated from Oberlin College with a bachelor’s degree in biology and New York University with a master’s in science journalism.