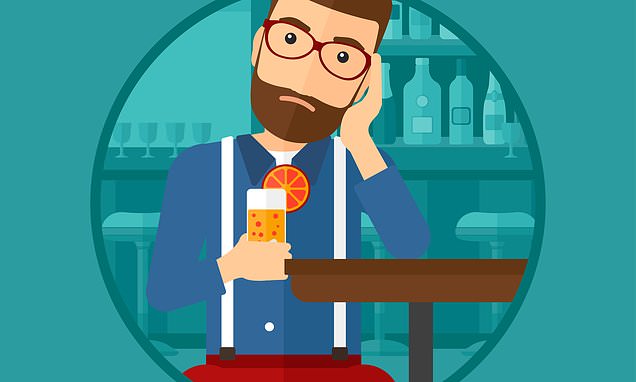 Why do many middle-aged men like me have absolutely NO FRIENDS – and what toll does it take on our health?

‘Is that two tickets?’ the assistant often assumes.

I usually whisper ‘No, just the one, thanks’ and scurry off inside, hoping no one hears.

Last summer, I decided to go to the England v Wales Rugby World Cup warm-up game. I was feeling hopeful, so I opted for two tickets this time.

I’ll find a rugby nut to come with me, I thought – it’s one of the biggest games of the season. I asked around the office, slipped it into conversation with neighbours and even asked fellow dog-walkers at my local park.

Yet, the day came around and, as usual, I was left with a spare. I couldn’t face watching my favourite sport without a fellow fan cheering in my ear. 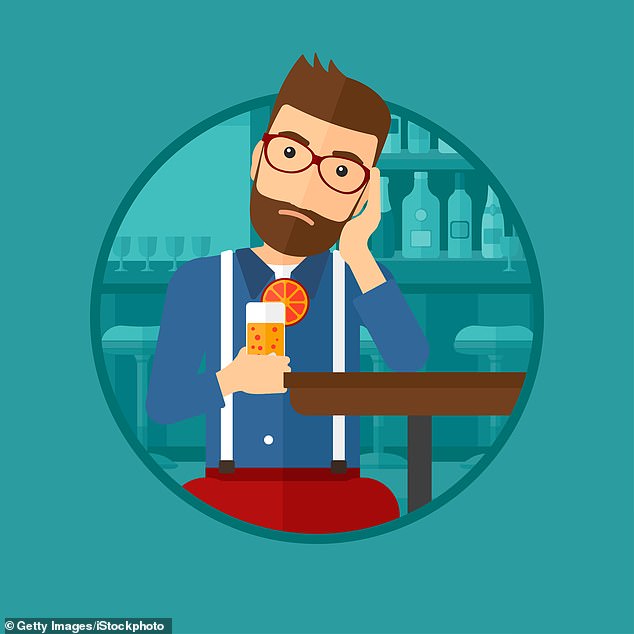 Extrovert… but lonely: Mark Gaisford, who can’t find friends despite being a ‘joker’ at work

In the end, I stayed home alone and watched it on TV instead.

But I don’t have any friends. Not one. Colleagues are ten-a-penny – I have 40,000 connections on the professional networking website LinkedIn.

How to make friends in middle age

BUILD A WARDROBE… OR FIX A CAR

Men’s Sheds is a charity that helps men set up group-activity workshops in ‘sheds’ – usually community spaces such as empty offices or garages.

LEARN TO COOK WITH A GROUP OF GUYS

PLAY A GAME OF WALKING FOOTBALL

Aimed at the over-50s, the five- or six-a-side football games specifically outlaw any running, making the sport accessible to those with compromised mobility.

Ever fancied parachuting or cycling 200 miles with a group for a good cause? Global organisation Round Table helps you do just that.

I speak to acquaintances every day at work about spreadsheets, numbers and targets in my job as CEO of a recruitment business. I’m perhaps the most outgoing on the team, and I like to see myself as the joker of the bunch. But when the clock hits 5pm on a Friday and the twentysomethings disappear off to the pub, I – their boss – slink off home alone.

My wife spends weekends working away and my children have long moved out.

I take the dogs for a walk and go to the gym, maybe tidy up the garden – all solitary activities.

Come Sunday night, I am miserable as sin and sick to death of the sound of my own thoughts. What I would give to call up a mate to ask if he fancied a pie and a pint. But, apparently, it’s not that easy for us middle-aged men.

One in five of us has no close friends – twice as many as the percentage for women, according to a September 2019 YouGov poll.

Charity Age UK says the problem has got considerably worse in the past decade, with 50 per cent more men admitting to feelings of loneliness. But even more concerning is the potential impact on our health.

A lack of close relationships perhaps explains the shocking rate of male suicide in Britain. Middle-aged men are three times more likely to kill themselves than are women of the same age.

One recent Danish study found that lonely men are twice as likely to die from a heart attack within a year than non-lonely equivalents.

Meanwhile, our wives are protected by gaggles of close-knit pals with whom they share their inner-most secrets. So what is it about us men that makes us such loners?

THE STEREOTYPES THAT ARE KEEPING ME LONELY

I’ve been the butt of my children’s jokes for as long as I can remember. ‘Dad’s got no friends,’ they’d jibe over the dinner table, falling about in fits of laughter. I shrugged it off but I’d be lying if I said it didn’t hurt.

I’ve often wondered if there was something wrong with me – why can’t I do something that seems to come so easily to my wife?

I know it’s partly due to a lack of opportunity. I never went to university and then moved far from my home in Surrey to be near my wife’s family in Kent. After the children were born, I’d make excuses: I didn’t need friends, I was too busy with work, or picking up the children from school.

But at the heart of it lay a much deeper problem. We men find the prospect of making friends quite, well, scary. The thought of going alone to my local pub, filled with families and groups of tipsy thirtysomethings, makes me feel sick with fear. It’s particularly odd given that I’m not particularly shy and can deliver a presentation to 100 board directors without flinching. But this feels different.

Last month I tried a different approach – I joined a local meet-up group for people looking to make friends, and arranged to meet a man of my age for a drink.

But I was plagued with worries – what do we talk about?

Can I mention feeling lonely? How honest is too honest? In the end, we chatted about the weather for 20 minutes, then went our separate ways. Neither of us wanted to go any deeper, for fear of compromising our manliness.

It’s precisely these thoughts that are keeping us lonely, according to Robin Hemmings, campaign director at the charity Campaign to End Loneliness.

‘Societal norms about what it means to be a man can stop men from building relationships,’ he says. ‘Men think they are supposed to be independent, not in need of social support and are only useful in a relationship if they can provide something – as they might do in work or in family life.

‘So entering into “just for the sake of it relationships” can feel alien and make people feel unwanted or useless.’

His words strike a chord. I’m a bloke – we’re supposed to be stable and strong, not spill our hearts out to someone we just met down the pub. Yet when times are tough, as they were when I experienced the recent stress of starting my own business, a friendly ear wouldn’t go amiss. In fact, it might stop me feeling so miserable.

WHY HAVING COMMON INTERESTS IS VITAL

So, what can men like me do to stop us becoming sad and lonely in our old age? In my experience, it’s no use putting two lonely types in a room and hoping they make friends.

Most of the local community groups I’ve been to have been a waste of time – the men were older, and into model railways and arts and crafts. I’m more of a rugby-watching, pint-drinking kind of guy.

‘Men often need to do something they are interested in, without realising they are developing new friendships along the way.’

There’s a UK-wide organisation called Men’s Sheds, which offers more than 10,000 men the chance to work on a variety of projects – from photography to woodwork.

Participants can try their hand at something new among like-minded people. I’ve just signed up and plan to try my hand at carpentry.

In the meantime, I’ve fought my inner demons and sent a friendly message to a fellow friendless fiftysomething I know vaguely through work. He’s recently divorced, so has a decent amount of time to kill.

We’re going for a pie and a pint next Friday. Fingers crossed he’s a rugby fan too.