Home » Health News » When can a fetus hear? Everything you want to know 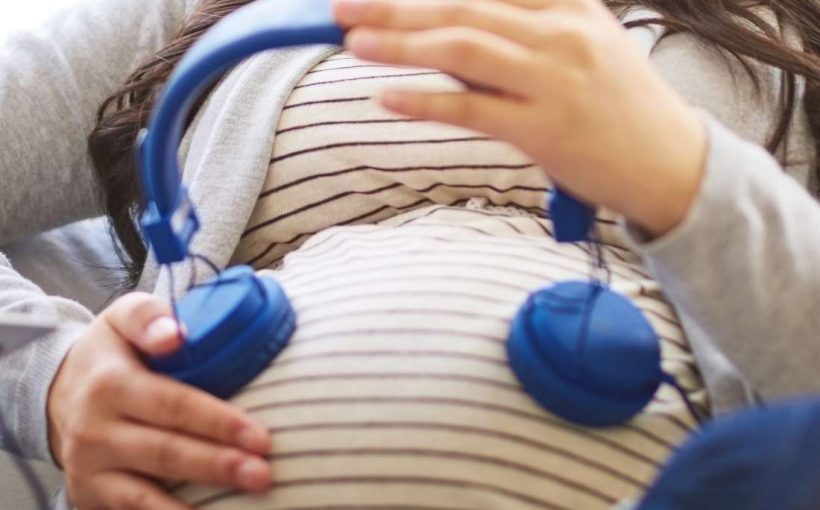 Evidence suggests that the auditory system starts forming at the 18th week of pregnancy and continues to develop until the baby is between 5 and 6 months of age.

Everything that the fetus hears will contribute to this process. In this article, we look at what a fetus can hear at different stages of development.

Fetal hearing at each stage of development

Despite being close to a lentil in size, an embryo will begin to develop ears during the 2nd month of pregnancy. The ears start as tiny folds of skin on the sides of the head. After the 8th week, the embryo becomes a fetus.

According to Mayo Clinic, the ears begin to stick out from the head at 18 weeks, and the fetus may become able to hear. At this stage, the brain starts to designate the areas that will govern smell, taste, vision, touch, and sound.

By 22 to 24 weeks, the fetus will be about the size of a mango and will start to hear low-frequency noises from outside of the womb.

As the fetus grows and their sense of hearing develops, they will be able to distinguish an increasing number of different sounds.

Research suggests that the most vital time for the development of hearing is between 25 weeks of pregnancy and 5 to 6 months of age.

By the time babies reach the age of 6 months, they will be able to turn their eyes or head toward the source of a sound.

Newborns in the United States usually receive a hearing test before leaving the hospital or within 3 weeks of birth.

The noises that a fetus hears from around week 23 of pregnancy are vital to their future hearing.

Specific parts of the auditory system need these noises to develop properly. As such, scientists recommend exposing a fetus to both speech and music.

Many people believe that playing classical music to a growing fetus will help brain development and boost IQ, but there is little evidence to support this claim.

It is noisy in the womb. As the fetus’s auditory system develops, it will encounter all types of sound from within the woman’s body. These include the heartbeat, as well as the noises of the blood flow and digestive system.

Around the 23rd week of pregnancy, the fetus will also be able to hear noises from outside of the womb. These include speech and music. As the fetus develops, all of the sounds will become louder and more distinguishable.

Amniotic fluid surrounds the growing baby in the womb, and the woman’s body tissues encase them, so noises from outside the body will sound muffled.

The ears of a fetus start to develop relatively early in pregnancy. However, hearing does not develop until the auditory system, the brain, and certain pathways start to form, which usually occurs between weeks 22 and 24.

The auditory system requires stimulation through speech, music, and other sounds to grow properly. As it does, the fetus will be able to hear more and more.

A baby’s hearing continues to develop after birth, until around 5 or 6 months of age.