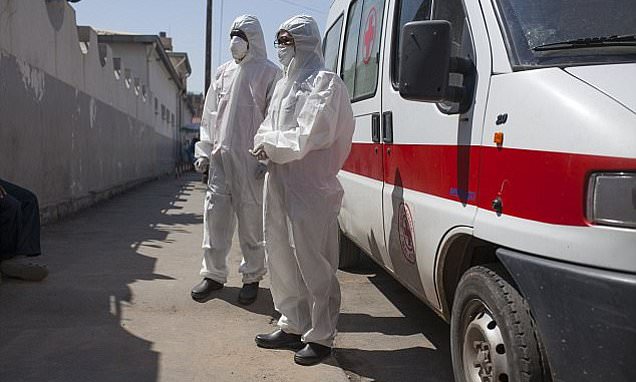 Two people have died of the plague in Madagascar, potentially marking the start of another killer epidemic.

Officials in the nation are getting set to battle another outbreak as eight suspected cases have been recorded since the start of August.

It comes less than a year after the country declared the end to its worst outbreak of plague in 50 years, which killed more than 200 people.

The deadly plague spreads every year in the African country, where it is thought to be spread by fleas carried by rats running from forest fires.

Both recent deaths happened in separate cities, one to the north and the other to the south of the country’s capital, Antananarivo. 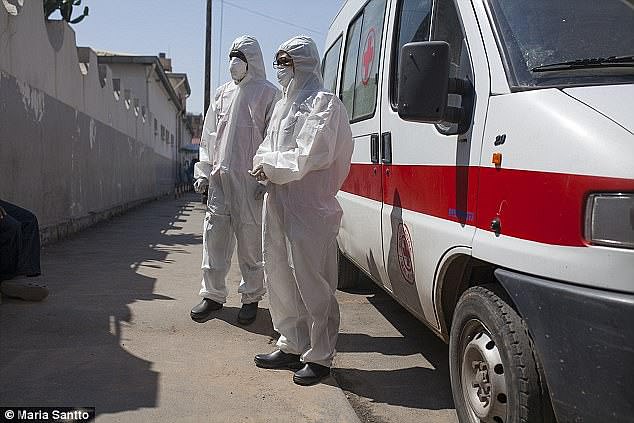 Health workers pictured in Madagascar last year, when more than 2,200 people were infected with the plague and over 200 died in what was called the worst outbreak in 50 years

Authorities in Madagascar, off the south-east coast of Africa in the Indian Ocean, made the announcement yesterday.

Health ministry official, Manitra Rakotoarivony said: ‘According to counts undertaken between August 1 and September 13, we recorded eight suspected plague cases, six of whom recovered and two died in their villages.’

It is unclear whether the new cases are pneumonic or bubonic plague, both of which can be fatal and were seen in Madagascar last year.

Pneumonic plague is the only form of the disease which can spread between people by coughing, and is also the most deadly type.

Madagsascar has suffered outbreaks of the bubonic plague – which caused the Black Plague which killed millions of people in the 14th century – every year since 1980.

Its regular outbreaks tend to start in September and run through the hot and rainy season until April, with around 600 cases being reported each year on the island.

Last year’s outbreak infiltrated towns, rather than being concentrated in the countryside as usual, and was described as the country’s worst in 50 years.

Experts worried at the time that if the disease spread to mainland Africa it could spread further and become difficult to control.

By November last year more than 2,200 people had been infected, and the World Health Organization warns this year’s strain of the virus could be even stronger.

The panic caused 10 nearby countries to be placed on high alert to the risk of the disease spreading from the island of 25 million people.

Both bubonic and pneumonic types of plague can cause fever, headache, weakness and chills.

Bubonic plague is usually caught from the bite of an infected flea and bacteria multiply in the lymph nodes and spread through the immune system.

Pneumonic plague, which is more deadly, is spread from person to person by droplets from coughing and can cause shortness of breath, chest pain and a cough, which can progress to deadly pneumonia.

HOW DO PLAGUE OUTBREAKS BEGIN?

Health officials are unsure how last year’s outbreak in Madagascar began, but some believe it could be caused by the bubonic plague, which is endemic (regularly found) in the remote highlands.

If left untreated, it can lead to the pneumonic form, which is responsible for two thirds of the cases recorded so far in this year’s outbreak.

Rats carry the Yersinia pestis bacteria that causes the plague, which is then passed onto their fleas.

Forest fires drive rats towards rural communities, which means residents are at risk of being bitten and infected. Local media reports suggest there has been an increase in the number of blazes in the woodlands.

Without antibiotics, the bubonic strain can spread to the lungs – where it becomes the more virulent pneumonic form.

Pneumonic, which can kill within 24 hours, can then be passed on through coughing, sneezing or spitting.

However, it can also be treated with antibiotics if caught in time.

Madagascar sees regular outbreaks of plague, which tend to start in September, with around 600 cases being reported each year on the island.