Home » Health News » This couple broke up in the middle of a joint work project. Here’s how they finished the job harmoniously. 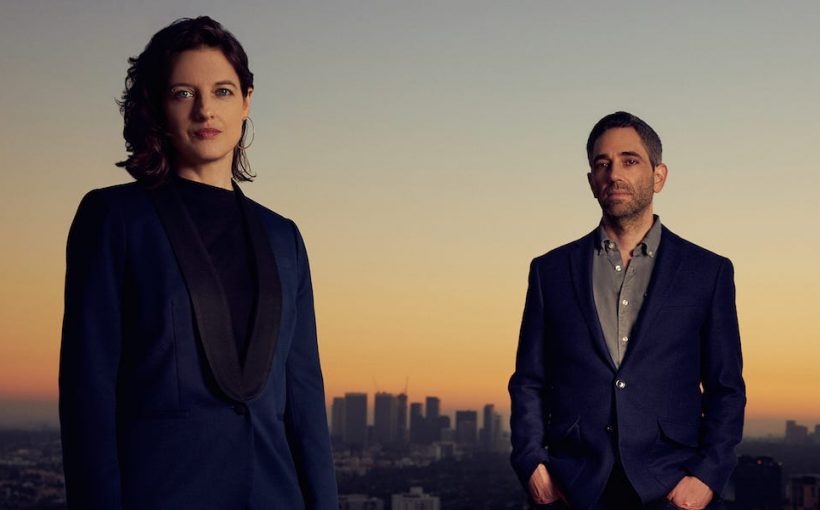 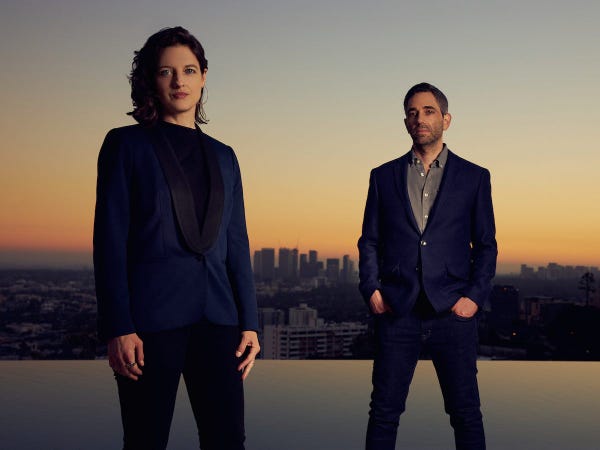 In October 2009, Glen Zipper arrived at the Culver Hotel in Los Angeles and headed to the bar in search of his date, Elaine Mongeon, who he connected with through her personal ad on Nerve.com, a now-defunct website about sex and culture.

They connected right away over sci-fi movies and before they knew it, the bar was closing for the night. So they headed back Zipper's apartment to continue the conversation over vodka.

They ended up dating for eight years, and living together for half that time. But as their relationship evolved over the years, they decided to break up.

Their dream project, a co-authored sci-fi trilogy, was already in the works, though, and they refused to drop the project due to personal matters.

As two self-proclaimed sci-fi nerds, Mongeon, 43, and Zipper, 48, bonded over plot lines that featured outer space, aliens, and other supernatural forces. Soon, their conversations were consumed with creating their very own sci-fi project, which was first pitched as a television show but then later evolved into a book.

"We both worked as producers and part of that job is executing other people's dreams and ambitions. At some point the penny just dropped for us and we were like, 'Why are we not telling our own stories?'" Zipper said.

The book they co-authored, "Devastation Class," debuted on September 8 and tells the fictional story of JD Marshall and Viv Nixon, two teenage friends trying to save the universe from vicious aliens.

Seeing the project through wasn't a simple process. While navigating the time-intensive book-writing process, Mongeon and Zipper also had to weather their breakup and continued role as business partners and ex-lovers.

After dating for three months, Zipper and Mongeon made their relationship official.

They continued to work their day jobs as producers in Hollywood, but spent their downtime enjoying Star Trek, Star Wars, and other sci-fi favorites, plus thinking up their own fantasies.

While watching one of these films, "Taps," starring Sean Penn and Tom Cruise, the duo had the initial thoughts for what is now "Devastation Class."

"I have a very distinct memory of sitting in Glenn's living room after having watched something in the sci-fi space and one of us saying, 'What if if it's teenagers and space?'" Mongeon told Insider.

Soon, they were writing television episodes, which eventually became a book manuscript. But during that eight-year process, they realized they'd be better as friends.

According to Mongeon, there wasn't a "traumatic event" that led to their breakup.

Rather, as Zipper put it, they reached a "crossroads of intimacy where you can either go left and be more bonded partners romantically as husband and wife, or go to the right and be more like brother and sister. I think that's where we went. I don't think it's anyone's fault."

After the breakup, they continued to live together

Mongeon was in a professional transition period during the time of the breakup, and didn't have the money get her own place, so she and Zipper continued to live together for five months.

She said that arrangement was a strange one she wouldn't recommend to others because it felt like neither of them could properly move on while inhabiting the same space. At the same time, they didn't want to be out of each other's lives completely.

"When we were breaking up we said, 'You're my best friend. I don't want to lose the friendship.' That was really important to both of us, so we really had to work on that and continue going to therapy after the breakup, because we were still living together," Mongeon said.

She also credits the book project for getting her and Zipper through that rough patch.

Once Mongeon moved into her own place, it was Anthony, Zipper's rescue pitbull, that kept the exes in touch.

Though Anthony wasn't fond of Mongeon when they first met, they became close pals during her relationship with Zipper.

"By the time we broke up, he was every bit her child as he was mine. So in those moments where the book perhaps wasn't enough to keep us going and make us push through the uncomfortableness and keep working, the addition of Elaine being able to call me and say, 'I'm not so sure I want to see you right now, but I'd like to see Anthony. So can I come over?' that, I think, was the difference maker," Zipper said.

'The good things are hard'

Now with the first book in their sci-fi trilogy published, Mongeon and Zipper are grateful for seeing the best in each other, even during their separation.

According to Zipper, their abilities to compartmentalize their various relationships — as boyfriend and girlfriend, co-workers, and then ex-partners — is what keeps their relationship strong to this day.

"We've all done this, where we throw the baby out with the bath water because the idea of our partner moving on, being intimate with somebody else, giving that part of themselves to someone other than you, it's just a painful thought," he said.