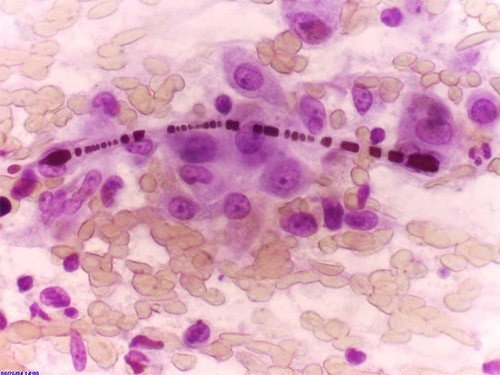 ACE inhibitors, one of the most prescribed class of drugs for the treatment of hypertension, significantly increase the risk of developing lung cancer, according to a new study published in BMJ.

ACE – angiotensin converting enzyme involved in the synthesis of the hormone help reduce blood vessels and pressure increase. Due to its suppression is achieved therapeutic effect.

In a study analyzing information on nearly one million people, it is argued that those who take ACE inhibitors for more than 10 years, the risk of developing lung cancer by 31% higher.

The risk increases with time: taking these drugs for 5 years, according to the study authors, the cost of an increased risk of lung cancer by 22% compared to those receiving other medications against hypertension.

Scientists say that the relative risk still remains low, however, it can not be ignored, considering how many people are taking these medications.

Currently, ACE inhibitors are considered as drugs, the benefits of use outweigh the risks, and none of the experts was in favour of revising this provision.