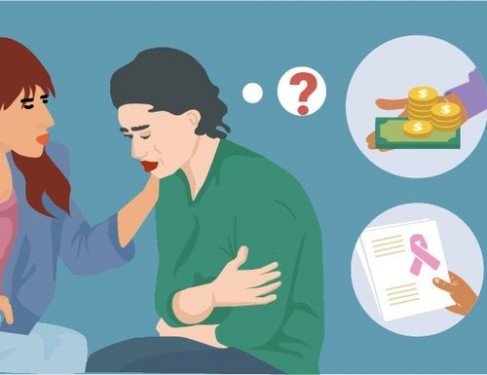 Raising funds for the expensive treatment, including cancer, with campaigns becoming more and more common practice. The study, published in BMJ,showed that very often the huge sums collected by common efforts, are spent on treatment that has no scientific validity or even harmful to patients.

The report was compiled by the British journalist Melanie Newman (Melanie Newman), and the analysis was conducted by a non-profit organization Good Thinking Society to promote science. The researchers examined the data of the two largest English services to raise funds (crowdfunding): GoFundMeи JustGiving. According to them, about 10.4 million dollars were collected on alternative cancer treatments that are not included in facilities English health system (NHS).

Most of the funds were spent on treatment abroad through private clinics: in the U.S., Mexico, Thailand and other countries. Many of these clinics and also doctors practicing in them, have often been criticized and even official sanction for their activities.

For example, in Texas, for decades there was a clinic Burzynski Clinic, discovered by Dr. Stanislaw Burzynski (Stanislaw Burzynski). It serves the treatment of the advanced cancer cases with experimental neoplastons. This method has never been approved in any country, clinical trials conducted in accordance with the required standards, it also did not pass.

American FDA and Texas medical Board (Texas Medical Board) have tried to bring Burzynski to justice. In the past year against clinics have introduced penalties for incorrect informing patients about the risk of treatment and also due to the fact that the clinic practiced by people without medical education. But Braginski remained afloat, escaped with a small fine.

According to a report on the above-mentioned hospital left hundreds of thousands of dollars collected with the help of crowdfunding. There is a special website which contains the history of the former patients of the clinic who have returned home with empty wallets and soon died.

We are concerned that many British patients collect huge sums for a treatment that has no scientific basis and which, in many cases, can do them harm, says Michael Marshall (Michael Marshall), project Director at Good Thinking Society.

The problem is not confined to England. Another study showed that in the United States and Canada, many people spend collected in the same way funds for stem cell treatment in semi-legal clinics. Similar studies in Russia we do not know.

In Good Thinking Society believe that people with advanced cancer seeking alternative therapies, it is possible to understand. But Marshall noted that if these platforms want to continue to profit from the goodwill of its users, they should ensure the absence of exploitation of vulnerable people by unscrupulous clinics, scammers should not profit from it. In GoFundM have soobshili BMJ that it would take appropriate measures, but JustGiving refused to respond.