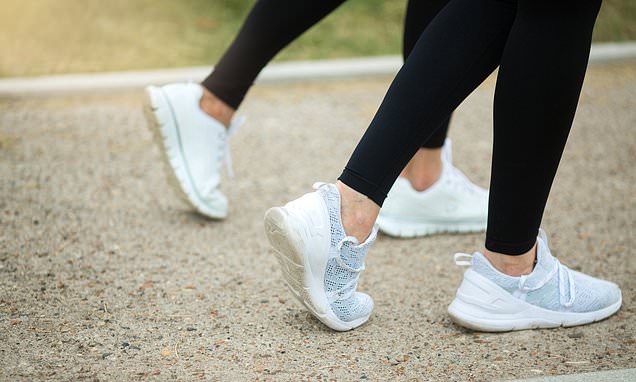 Wearing TRAINERS could be damaging your ankles: Scientists claim rigid modern shoes have made joints more prone to fractures than our ancient ancestors

Trainers are considered to be comfy and casual shoes – but they could be causing long-term damage to your ankle joint.

Researchers compared the bones of modern people with ancient hunter-gatherers from as far back as the Stone Age.

They found people in the 21st century had less flexible and robust ankle joints than their ancestors, potentially making them more prone to fractures.

The scientists blamed ‘rigid’ modern shoes and a lack of exercise for the evolutionary change in our ankle joints. 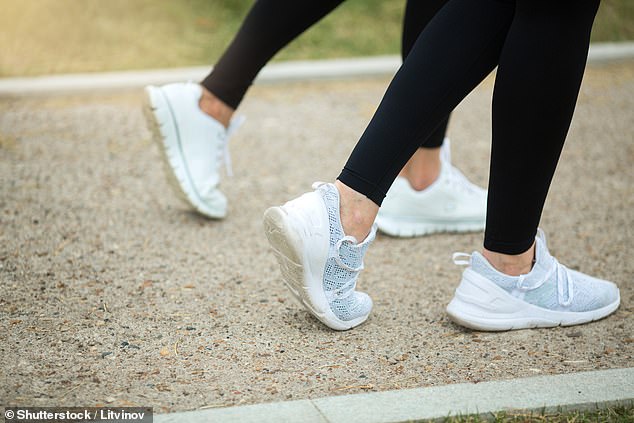 The structure of ankle bones depends on exercise and footwear, and it can change through life, the researchers said.

Prehistoric societies as well as modern hunter-gatherers tend to walk barefoot or use minimal footwear, even over long distances of uneven terrain.

In modern societies or industrial areas, this would be unheard of. People always have stiff shoes covering their feet.

The researchers of this study, led by University of Bologna in Italy, investigated the talus, a central bone between the foot and the lower leg.

WHAT IS THE TALUS BONE?

The talus bone that makes up the lower part of the ankle joint. It sits at the centre of the ankle.

Together, the talus and calcaneus form the subtalar joint, which is important for walking, especially on uneven ground.

The talus is the main bone that connects the foot to the leg, transferring all the weight between the foot and leg as the person is walking to enable balance.

Any injury to this critical bone usually occurs due after high impact, such as a car crash of fall from height.

Injury to the talus bone may hamper the movements of the ankle and foot while a major fracture can cause serious impediment to a person’s ability to walk or stand.

It takes the talus a long time to heal because it doesn’t have a good supply of oxygenated blood.

Researchers created 3D images of 142 preserved ankle bones from various points in history, including from modern groups and prehistoric ones.

Bones were taken from modern groups in the 19th to 20th century, including shoe-wearing dwellers in New York and industrial workers in Bologna who favoured sturdy leather boots.

The ankle bones of the hunter-gatherers were significantly shorter than those of people living in modern cities, New Scientist reports.

Rita Sorrentino, lead author and graduate student, said: ‘We know that there are some variations in the feet of modern humans, due to the use of shoes.’

The ankles of the hunter-gatherers were relatively flexible and robust, which the researchers attributed to walking long distances without shoes.

The shape of their talus bones would make movement more rigid and ‘there is a loss of flexibility,’ Ms Sorrentino said.

The researchers said a stiff, heavy shoe may restrict the space in which the foot can move.

They also blamed sedentary behaviour for the differences in bone shape. Research suggests populations which travel great distances on uneven terrain have more bone mass in their ankles.

The talus bone doesn’t normally fracture unless there is a traumatic injury such as a car accident or fall from a height.

However, if it does weaken or break, it takes a longer time to heal because there is not an adequate blood supply to that area.

But it is a hotly debated topic because there is a lack of research supporting such claims, and minimal footwear could be dangerous due to cuts and friction injuries.