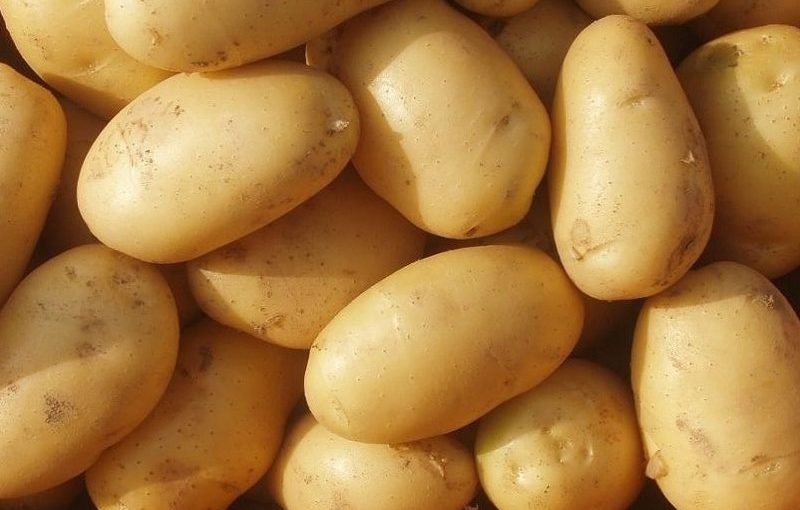 One of the most popular vegetables in Russia is undoubtedly the potato. Hard to believe that he appeared in our country only in the XVIII century, and in such a relatively short period of time managed to become one of the symbols of Russian cuisine. But do not forget that everything we eat has good and bad properties, and potatoes that includes.

Due to its composition and identify all the useful qualities of this product, without which it is impossible to imagine Russian cuisine. So, potatoes are rich in ascorbic acid (vitamin C). One kilogram of raw potato has 80-100 milligrams of ascorbic acid. Also in this vegetable have vitamins B6, B2 and B3, and E. the Various macro and trace elements are also present in potatoes: potassium, calcium, iodine, phosphorus, sulphur, iron, magnesium, cobalt, boron, zinc, chlorine, and vanadium. In addition, the vegetable has the essential amino acids: leucine, lysine, phenylalanine, tyrosine, and valine.

Also, the potato has a lot of starch, which during digestion is converted into glucose. In the process of oxidation releases energy, which gives a person strength.

In raw potato tubers contains 16.3 grams of carbohydrates, 2 grams of protein and 0.4 grams of fat. But the calorie content of meals varies depending on the method of preparation. So, 100 grams of boiled potatoes (in their skins) account for only 82 calories, mashed potatoes with milk has 132 calories, roast potatoes — 192 calories, fries — 445 calories. And in the chips has the highest energy value — 520.

First of all, potatoes are an excellent source of potassium. Just a pound of vegetables to cover the daily intake of this trace element for the human body. Due to this mineral is derived from the human body of excess salt and fluid. Because of potassium salts metabolism of the person is maintained in normal condition.

In addition, the potato has diuretic properties, so a diet with its high content of prescribed for renal failure. Note that it is better to cook the potatoes in their skins, because with this method of cooking the tubers retain all the useful minerals.

There is a stereotype that the potato is detrimental to the piece, but it is nothing more than a myth. In different diets, he even turned on. Only in order to save the form, is it used in baked or boiled. Chips, French fries and fried potatoes are really able to lead to obesity because of its high caloric content.

Also potassium in potatoes is able to prevent dehydration of the body, retaining moisture in the muscles and creating an optimal environment for the cuts. Potato helps to reduce the heart muscle. So he has the benefit of cardiovascular system. The only level of potassium in the body must be constantly maintained.

Potato helps in digestion. Even with gastritis, ulcers or disorders in the stomach should not deprive yourself of pleasure to eat boiled potatoes. In addition, the root will be a great preventative measure against constipation. It’s all about the fiber, which is composed of vegetable. Remember that the potatoes will retain more of the beneficial properties, so try to use this method of cooking.

By the way, potatoes just shown to all men, as it protects people from gout and urolithiasis. Thanks to its excellent properties of potatoes removes excess uric acid from the body, which when accumulation creates a risk of these diseases.

Nervous system will work better if people put in the diet potatoes. All this is easily explained by the fact that the composition of this vegetable is enriched with minerals and vitamins. For example, magnesium contributes to the stability of the nervous reactions to external stimuli, and vitamin B6 improves the transmission of nerve impulses.

The potatoes used in cosmetics mask of her way to smooth fine lines, and grated tubers help with eczema and dermatitis. Potatoes can relieve inflammation with abscesses, boils, promotes tissue repair. Even raw potatoes are great puffiness. Read more about potato facial masks, read other material on our website.

However, sometimes the potatoes can be dangerous, because it has some substance solanine that can be poisonous. It’s mainly stored in the stems, leaves, flowers, shoots and berries of the potato. In the first place is to avoid the green parts of tubers, which appear at high light levels, they have higher levels of solanine. Food in the green parts to use it should not be. Old potato recommended a good peel to get rid of harmful substances.

While solanine poisoning occur following side effects: vomiting, nausea, stomach pain. The greatest danger it has for pregnant women. As a rule, the expectant mother will not suffer much, but her baby may be exposed to serious changes. In particular, the known cases of severe deformities in children because of the solanine.

When cleaning potatoes the solanine is still in the product, but only 10 percent of the total harmful substances. With moderate consumption of potatoes to be poisoned impossible. But a huge amount of solanine can even lead to death. So, in the “British medical journal” from 1952 describes several deaths of people who ate old potatoes. Therefore, people are warned that the old, sprouted root get. The same applies to green fruits. Or how to peel.

To the potato retain dietary effect, need to consume no more than 200 grams per day, otherwise you run the risk of quickly gain extra pounds. And fried potatoes and all should be avoided – they can cause diseases of the kidneys, liver, stomach and gallbladder, and also have a negative impact on your weight.