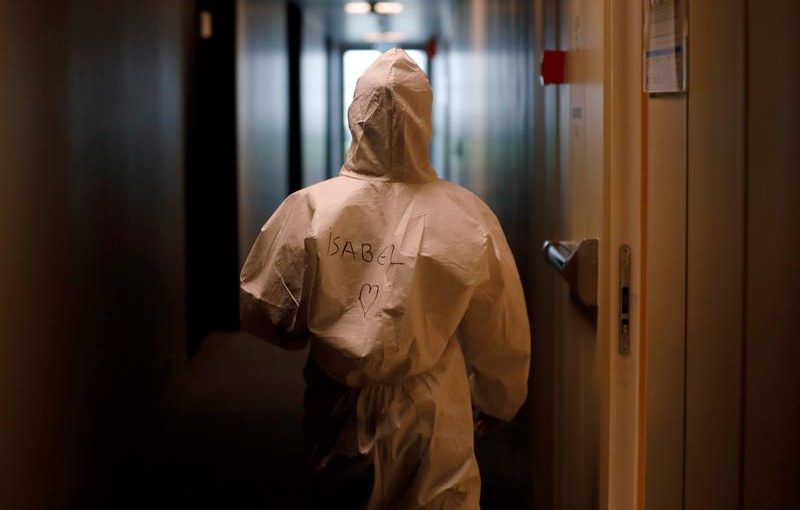 LISBON (Reuters) – Portugal’s devastating surge in coronavirus infections has finally slowed, to the relief of its overwhelmed health service – but for nurse Marcio Vidal the fight is far from over.

“The problem goes beyond the virus. It is people’s behaviour. In the first wave there was fear but now that’s gone,” said Vidal, 26, who works at a hospital in the southern Algarve and has been on the frontline since March last year.

Portugal, with 13,482 COVID-19 deaths and 748,858 cases, has had the world’s highest seven-day rolling average of new cases and deaths per million people for the past fortnight, according to tracker www.ourworldindata.org.

But on Thursday, just 7,914 new cases were detected, less than half of the record 16,432 a week ago. Deaths and hospitalisations also fell for the fourth day in a row.

“Things are a little better, but that doesn’t make me feel better. If we unlock like we did before, it’ll go back to the same,” said Graca Fonseca, 60, on a morning walk in Lisbon.

“We should be doing this bit-by-bit.”

The number of people in intensive care units (ICUs) remains worryingly high. Over 20 military doctors and nurses arrived from Germany on Wednesday to staff a unit fully equipped but with noone to run it. Austria has offered to take in five ICU patients and five with severe illnesses.

‘WAITING FOR A BED’

The help is sorely needed.

Vidal’s hospital in the Algarve is under-staffed and under-resourced, with ICUs too full for some patients, he said.

“Their health could improve but because we are at maximum capacity people despair … waiting for a vacant bed or waiting to die,” he told Reuters by phone.

“Going to work is agonising. We work 12 hours shifts but it’s never 12 hours. It’s always more … Up until mid-last year, things were under control, it was going well, but then it completely collapsed.”

Nearly 380,000 of Portugal’s 10 million people have received one vaccine dose so far, 100,000 of them both, Prime Minister Antonio Costa told reporters on Friday outside a private hospital in Lisbon.

“They called my house, asked if I wanted it, sent me a text about the time – it couldn’t have gone better,” said Maria do Jesus, 73, as she arrived at a Lisbon health centre.

Others are still anxiously waiting, discouraged by reports of some people jumping the queue.

“I’m asthmatic, and I don’t know when I’ll get vaccinated,” said Antonio Santiago, 54. “It’s a mess. People are getting it who don’t have conditions and shouldn’t be a priority. But as soon as I’m called, I’m getting it.”