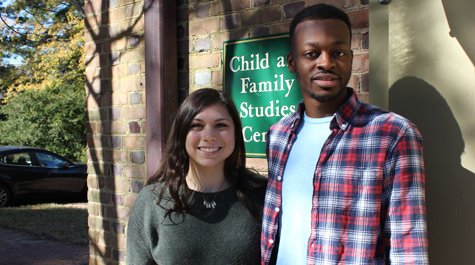 As any parent will tell you, there is an art to getting kids to eat vegetables. For Catherine Forestell, it is also a science.

Whether or not a child continues to eat that new food depends on a variety of factors, which Forestell and students in her Eating Behavior Lab are working to understand.

“What’s amazing is the infants will continue to accept it,” Forestell said. “They make all these negative faces and then they open up for the next spoon. As long as they’re hungry, they’ll continue to eat.”

As children age, there’s a natural progression toward picky eating, Forestell explained. Around the time a child starts walking, between one and two years, they begin to reject certain foods. That trait is adaptive, she said. As children move around their environment, they have access to all kinds of things they can put in their mouths.

“You don’t want them poisoning themselves,” Forestell said. “Humans have developed that hesitancy, because it protects us from potential toxins.”

Forestell and her lab have set their sights on understanding the line between healthy hesitancy and unhealthy rejection. They are studying a concept called neophobia, the unwillingness to try new foods. It’s closely associated with picky eating, Forestell explained, but where picky eaters will try a food and decide they don’t like it, neophobic eaters will decide they don’t like a food before they even try it.

“There are individual differences in neophobic children and a lot of those differences have to do with early feeding practices,” Forestell said. “A unifying theme of my work is thinking about the development of food preferences, how early experiences play a role and how they interact with various characteristics, such as neophobia.”

An undergraduate and a graduate student spent the summer in the lab, running two studies on neophobia and picky eating in children. Elizabeth Gallary ’19 focused on children aged three to six. She is looking at how they respond to certain characteristics of food, specifically color, taste, smell and texture. The goal is to understand what trait, or combination of traits, is most likely to turn a kid off. Or as she puts it, “we’re looking to see what combination of sensory factors most strongly influences vegetable acceptance.” 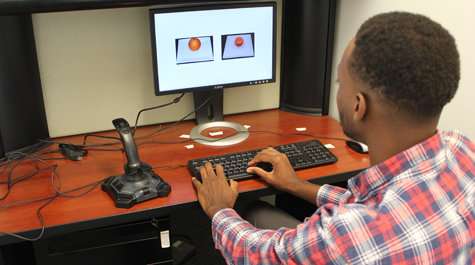 In her study, Gallary asks children to taste and evaluate eight different samples of corn chowder. Each sample is the same soup, but the texture, color and odor have been manipulated. She measures how long the child takes to try each sample, if they even try it, and what their facial expression looks like. A video camera records the taste test through a two-way mirror. After sampling, each child is asked to rate the soup on a smiley face scale.

“We’re thinking that the texture and the odor of the food together will have more of an impact than the color,” Gallary said, “so that’s what we’re hoping we’ll find.”

It’s still early, so Gallary is hesitant to make any conclusions just yet. She’s tested 74 children so far, with a final goal of 80. The data she collects will be used as part of her honors thesis, which was supported by a fellowship from the Charles Center.

“Working with kids can be a challenge, especially with the really young ones,” Gallary said. “But overall I’ve really enjoyed the experience. It’s been so refreshing to go from college classes to hanging out with four-year-olds. It sheds some perspective on things.”

Repairer Etuk M.A. ’19 has also been studying picky eating in children. His study is a computerized reaction time test designed to show implicit behavior in five to eight-year-olds. The children are shown two pictures at the same time. One of the photos is a neutral item, like a ball, and the other is an image of food. Both pictures disappear after a few seconds and a dot appears on the screen in the place of one of the pictures. The child is asked to identify which side of the screen the dot is on.

The program measures how long the child takes to locate the dot, to determine whether the child is preferentially focusing on the image of food. The series of tasks are designed to determine if the child has an attentional bias toward certain types of food.

“We’re trying to find out some of the cognitive reasons that a child will reject certain foods,” Etuk said. “We use this type of test because it can show what the child might not be able to say explicitly. This is really important, because neophobia can cause children to have unhealthier diets, which can lead to larger health problems. If we can just try to figure out why they are neophobic, it might help us determine solutions.”

According to the Centers for Disease Control, the percentage of children and adolescents affected by obesity has more than tripled since the 1970s. Nearly one in five school-age children in the United States has obesity. Forestell and her students believe healthy eating habits start at home. Both studies ask the child’s parents a series of questions about the variety of foods the family eats. The researchers try to learn as much as they can about each child in advance, so they can see how home life interacts with eating habits.