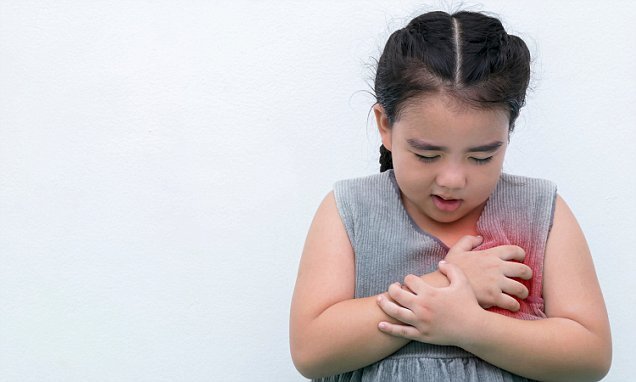 Thousands of children born each year by IVF could be at risk of serious heart problems in later life, a study suggests.

Scientists found signs of ‘premature vascular aging’ in children as young as 11 who had been conceived as a result of fertility treatment.

And by the age of 16 IVF children were six times more likely to have high blood pressure – a major risk factor for heart attacks and strokes.

The scientists believe how embryos are fertilised and manipulated before they are implanted into a woman’s uterus may cause small genetic changes that affect a baby’s heart and circulatory system.

They warn that the soaring use of IVF ‘may have come at a price’ for many children, who could suffer cardiovascular disease as a result. 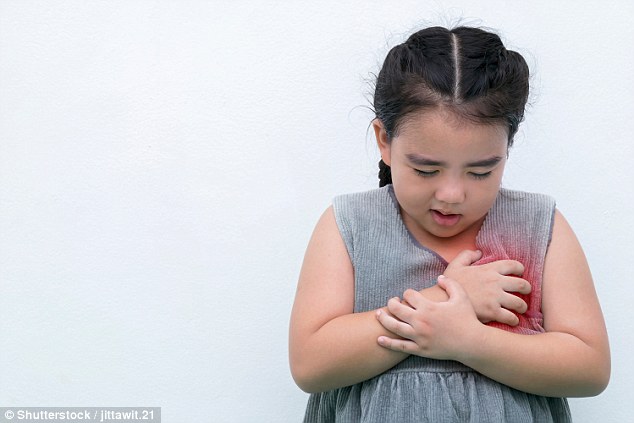 Researchers from University Hospital in Bern, Switzerland, tracked 54 seemingly healthy children who had been born via IVF, and compared them to 43 children born naturally.

They found at age 11 and 12 the IVF children had a 25 per cent narrower brachial artery – the major blood vessel in the arm – and their arteries had thicker walls.

The team then tracked the children for five years.

At the age of 16 and 17 the IVF children were far more likely to have developed high blood pressure.

They had an average blood pressure of 120/71, compared to 116/69 for the teenagers who had been conceived naturally.

Crucially, eight of those conceived via IVF had developed ‘hypertension’ – the medical term for high blood pressure, involving a reading of more than 130/80.

Only one of the teenagers conceived naturally had hypertension. 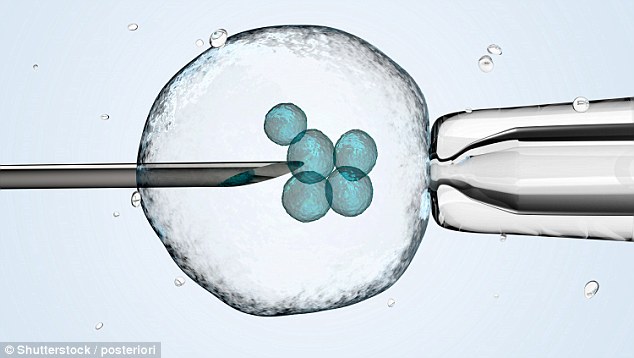 IVF may ‘come at a price’

The study bolsters the results of previous research which found mice born to IVF had heart problems.

The scientists, writing in the Journal of the American College of Cardiology, said: ‘Assisted reproductive technology has allowed millions of infertile couples to have children.

‘However, this success may have come at a price.’ They said they had taken into account the health of the mother during pregnancy, and therefore believe ‘the cardiovascular alterations are related to the procedure [of IVF] itself’.

More than 8million children have been born via IVF since the technology was pioneered in Britain 40 years ago.

In the UK alone 20,000 children are born each year using IVF.

The scientists said doctors should heed the new ‘mechanistic insight’ in order to prevent ‘cardiovascular risk in the millions of future children expected to be conceived using these methods’.

This could involve making sure IVF children do more exercise and eat healthily or giving them statins and other heart drugs from an early age.

Study leader Dr Emrush Rexhaj said: ‘The increased prevalence of arterial hypertension in assisted reproductive technology participants is what is most concerning.

‘There is growing evidence that [IVF] alters the blood vessels in children, but the long-term consequences were not known.

‘We now know that this places [these] children at a six times higher rate of hypertension than children conceived naturally.’ She added: ‘It only took five years for differences in arterial blood pressure to show.

‘This is a rapidly growing population and apparently healthy children are showing serious signs of concern for early cardiovascular risk, especially when it comes to arterial hypertension.’ Experts last night welcomed the findings.

Global heart expert Dr Yutang Wang, of Federation University Australia, said: ‘Assisted reproductive technology involve the manipulation of early embryos at a time when they may be particularly vulnerable to external disturbances.

‘Therefore, it is not surprising that this could increase individual’s susceptibility to some diseases.

‘Future research will tell us whether [IVF] increases long-term cardiovascular diseases such as stroke and heart attack in humans, and research into methods to minimise such risks are urgently needed.’