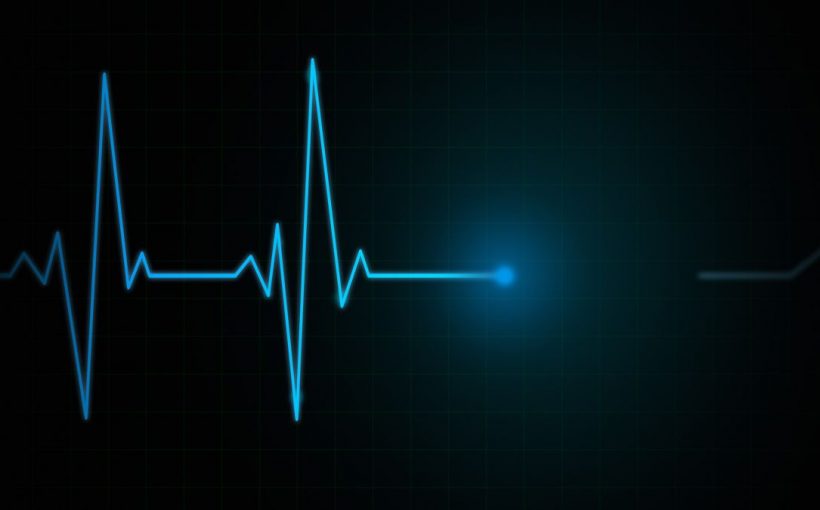 Death is not a linear process.

New research finds that it’s fairly common for the heart to restart —— usually just for a beat or two —— after a person initially flatlines. No one in the study, which took place in intensive care units (ICUs) in three countries, survived or even regained consciousness. The longest gap between someone’s heart stopping and restarting again was 4 minutes and 20 seconds.

That’s an important number, according to study leader Dr. Sonny Dhanani,  chief of the pediatric intensive care unit at the Children’s Hospital of Eastern Ontario in Canada. Most organ transplant programs require doctors to wait 5 minutes before beginning to remove organs from a deceased donor, though protocols differ from country to country, province to province and state to state. There are cases where programs wait only 2 minutes, or stretch the waiting period up to 10 minutes.

“We’re very confident when we look at the findings of this study that, actually, we’ve got the scientific evidence to reaffirm our current standards in organ donation, to wait 5 minutes,” Dhanani said during a press conference.

Dhanani and his team focused on circulatory death, or death that occurs when the heart stops, they said in their research published Jan. 28 in The New England Journal of Medicine. The other type of death relevant to organ donation, brain death, occurs when the brain is irrevocably injured and the person has no reflexes or ability to breathe independently. In brain death, life support machines can keep the heart pumping even after a person is declared legally dead.

Declaring brain death requires its own set of criteria to test reflexes and ability of the patient to breathe. Circulatory death is simpler: It occurs once a person’s heart stops. But there are occasional anecdotes of people’s hearts restarting after cardiopulmonary resuscitation ends, a phenomenon known as “autoresuscitation” or “Lazarus syndrome.” This sometimes leads families considering organ donation to worry whether their relative is truly beyond saving, Dhanani said.

What’s more, protocols around organ donation can differ. In 2008, doctors in Colorado waited only 75 seconds after the death of a newborn to begin removing that baby’s heart for donation, raising ethical questions about how soon is too soon, Reuters reported at the time. On the other end of the spectrum, waiting 10 minutes can lead to tissue damage that results in a useless organ for transplantation, Dhanani said.

Dhanani and colleagues at 20 adult ICUs in Canada, the Czech Republic and the Netherlands approached 631 families of patients who were about to have life-saving supports removed after doctors confirmed that they had no hope of survival. They asked the families if they could use monitors to track the dying patients’ blood pressure, heart rhythms and oxygen saturation levels for 15 minutes prior to removing life support and 30 minutes after death.

Because of the horrors of what families were experiencing, the research team consulted with families who had been through the experience themselves when designing the study. One Ontario mother, Heather Talbot, lost her 22-year-old son to a car crash in 2008 and became involved in the research due to her subsequent advocacy around organ donation. Talbot said that monitoring in the ICU actually gave her peace of mind after her son died.

“To watch the monitors at the end, it was really relieving for me to see, ‘okay, he never took another breath, it was just the machines keeping him alive,'” she said in the press conference.

The process of death

Of 695 families approached for the study, only 48 declined participation. Another 16 were found not to meet criteria for the study, leaving 631 patients as participants.

At the bedside, clinicians reported that in seven cases, a patient’s heart restarted after periods of stillness ranging from 64 seconds to 3 minutes. Dhanani and his team were able to confirm five of those reports with data from the monitors. They then did an analysis of a subset of 480 patients with complete monitoring records and found that, in fact, 67 patients had experienced at least one resumption of heartbeat. Seven had heartbeats that stopped and started more than once.

— Exploring the Inevitable: Gallery of Death in Art

— Top 10 Weird Ways We Deal With the Dead

— The 7 biggest mysteries of the human body

Most of these resurgences in heart activity occurred between 1 or 2 minutes after the heart had stopped. They were usually only  a single heartbeat long, or less than 5 seconds in duration.

The study suggests that protocols around organ donation should stick to the 5-minute convention, given that no one’s heart restarted again after a gap longer than 4 minutes and 20 seconds, Dhanani said. Transplant teams should be prepared for the possibility that they might have to adjust their timing if a patient’s heart does restart. Ultimately, he said, the research should help standardize organ donation processes internationally.

“I think our work will inform national and international guidelines,” he said.