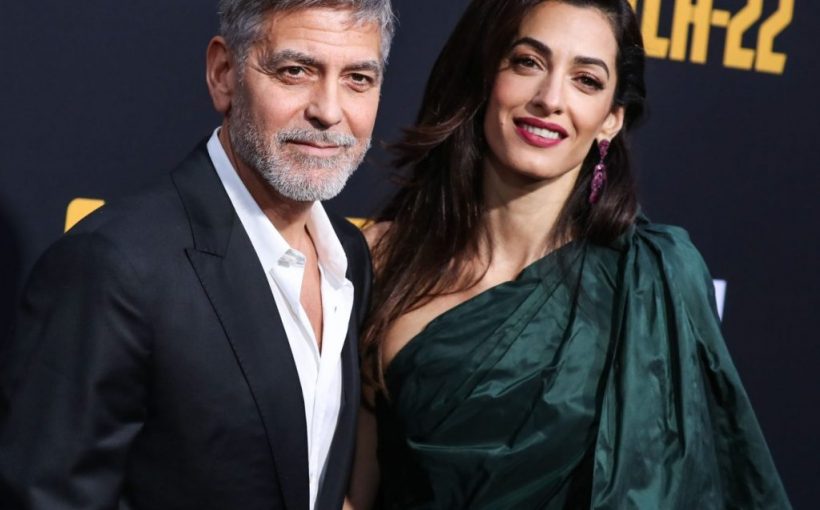 George Clooney is a traditionalist in many ways. He isn’t on social media, he cuts his own hair, does his own home repairs, and he writes letters on paper. So when it came to baby names for his twins, Alexander and Ella, he and wife Amal wanted to keep things traditional.

“I didn’t want, like, weird-ass names for our kids,” Clooney told AARP Magazine. “They’re already going to have enough trouble. It’s hard being the son of somebody famous and successful. Paul Newman’s son killed himself. Gregory Peck’s son killed himself. Bing Crosby had two sons kill themselves.”

And while this may seem like a horrible way to think about one’s own children, The Midnight Sky actor and director, who turns 60, in May found humor in it, quipping, “I have an advantage because I’m so much older that by the time my son would feel competitive, I’ll literally be gumming bread.”

Clooney, two-time Sexiest Man Alive and long-time quintessential bachelor, broke hearts around the world when he became involved with his now-wife Amal Clooney in 2013. The show-stopping pair married in September of 2014 and welcomed the twins three years later in 2017. The couple kept their romance low-key at first. “We had to hide for a couple of months because you just want to make sure — you want to get to know each other and spend time with each other and not do it on the front page of Hello magazine,” he explained on The Howard Stern Show.

While he’s settled down, Clooney is already training Alexander and Ella to carry on his practical jokester tradition “Yesterday, I taught Alexander to take a piece of banana, chew it up and then spit it into a napkin,” he told AARP. “Then stand next to his mom, pretend to blow his nose into it and look down until Mama looks at it. Then eat it. It’s just outrageously fun.”

Well, according to George Clooney, these celebrities may have doomed their children with their unusual names.