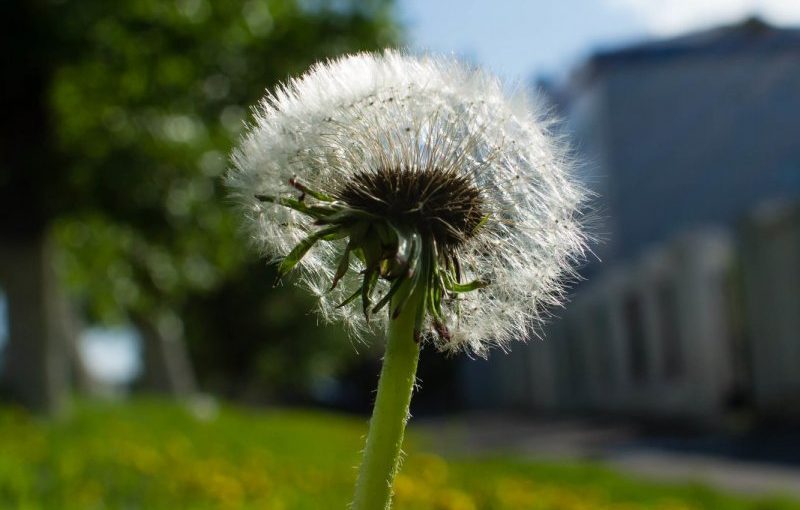 Side effects of dandelion

Dandelion is a plant with therapeutic properties which should be evaluated primarily by people with digestive problems because it stimulates the secretion of gastric juice and bile. Magicforum figured out how to use dandelions and how it could be useful.

Dandelionis considered a weed, but also has several beneficial properties for our body: diuretic effect and can also be used to treat a variety of diseases of the digestive system and kidneys.

Besides using it as a natural remedy, dandelion has also found its place in the culinary world and can be used, in particular, in salads.

All parts of the plant contain a milky juice, the main ingredient of which is taraxacin. This substance dandelions is largely due to its healing properties. In addition, milk juice consists among others of proteins and resin. On the contrary, the root also contains inulin, fructose, organic acids, triterpenes, tannins and essential oil. In turn, the flowers can be found flavonoids and mineral salts such as potassium, magnesium, sulfur and silicon. They are also a treasure trove of vitamins, especially vitamin C.

Dandelion regulates the digestive process, since it stimulates the production of gastric juice and bile through the liver and has little effect on the proper functioning of the pancreas. Modern herbal medicine recommends using this plant, especially during convalescence after liver diseases, cholestasis and increased risk of developing gallstones.

In addition, the dandelion has a diuretic effect, as well as detoxification and purification. Alternatively, you can use it in rheumatism and gout. It was also shown that it strengthens the immune system, so it is recommended to use it with General weakness and susceptibility to infections.

Medicinal raw material is the entire plant, i.e. flowers, roots and leaves. Dandelion root contains large amounts of inulin, phytosterols and tannins. It is a valuable source of easily assimilated minerals, especially potassium. The leaves contain flavonoids, phenols and carotenoids (i.e. natural antioxidants). They are also rich in magnesium, silicon, potassium and vitamins C and B.

Young dandelion leaves can be eaten, for example, finely chopped as an addition to salads. Dandelion helps:

– to strengthen the immune system

– to cleanse the body of toxins

– support for treatment of urinary tract infections have a diuretic effect

– supports treatment of kidney stone disease, and the syrup is recommended for liver and gall bladder

– prevention and treatment of atherosclerosis

– rich in mineral salts and vitamins, so it is used in the treatment of anemia.

Because it contained interferon which stimulates the body to fight viruses and bacteria. It also reduces blood sugar and usually causes the blood to its normal condition.

Dandelion flowers are used to treat sore throats and diseases of the oral cavity. It also works well as a “regulator” of the menstrual cycle. Used externally, restores the skin, accelerates wound healing and inflammation.

So, what is usefulis a plant? How to use it for health?

•Due to the special substances contained in it, a dandelion provides the body with many nutrients. He also has a natural detoxifying effect, making it excellent for combating fluid retention.

•Dandelion helps to stimulate bile secretion, which helps to improve any problems with digestion. Its purgative properties are also very effective in case of constipation.

•Dandelion is also used as adjuvant therapy in the treatment of kidney stones.

•It is also rich in iron.

In addition, dandelion helps to cleanse the blood from toxins.

Dandelion for the liver

This plant stimulates the liver and helps in its detoxification.

Dandelion is very beneficial for people suffering from hepatitis or cirrhosis. As we have said, its properties help to clean our blood and thus protect your liver from possible damage caused by chemical poisoning or improper diet.

From a medical point of view, it is recommended for people with liver cirrhosis. In most cases this disease is caused by abuse of alcohol that causes liver damage. As it turned out, improvement was noted after drinking dandelion tea. It is recommended to drink it two or three times a day.

Dandelion is often recommended for the treatment of liver diseases along with other drugs. Usually, this plant is used as a complement after the treatment anti-inflammatory drugs in case of hormonal problems or overweight people.

Side effects of dandelion

Consumption of dandelion is not recommended for more than four months, because it can negatively affect the skin.

•In some cases the plant can cause allergic reactions or sensitivity to the sun.

•Other less common side effects include diarrhea or abdominal pain.

You can add dandelion to salads, as a great way to keep a healthy liver. It is ideal to maintain digestion and helps the kidneys to deal with some violations. However, it is important to drink responsibly and in moderation. Do not take this plant as the main drug but as a Supplement to support the treatment prescribed by your doctor.

Recommended the introduction of healthy habits like exercise and Hiking. Sweating helps to release toxins from the body that it is not necessary, and also helps to burn unnecessary fat tissue.

Octyaberskaya informed about the healing properties of tequila.