Home » Health News » Could eating DIRT be the cure for obesity? Soil may flush fat out 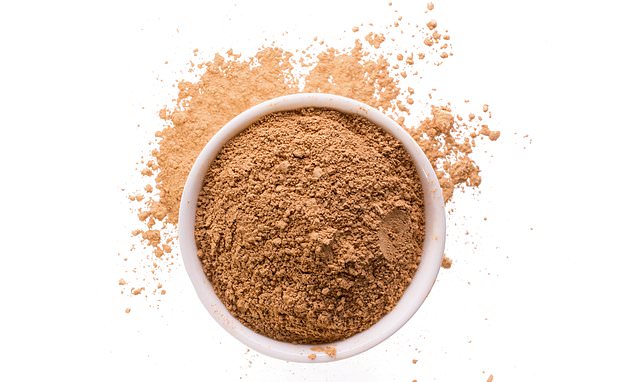 Could eating DIRT be the cure for obesity? A spoonful of soil may flush fat out of the body, study finds

Eating a side of a certain kind of dirt with your dinner might help to prevent obesity by flushing fat out of your system, new research suggests.

Australian researchers found that obese rats that ate a certain kind of clay shed more pounds than those that were given a weight-loss drug, a new study reveals.

‘Go eat dirt’ is not a new phrase – or phenomenon.

There are records of ancient Greeks who looked at the ground beneath their feet and decided, ‘that looks like a snack.’

And celebrities like Shailene Woodley and Elle Macphereson have brought this unlikely nutrition trend back from ancient times, eating clay for detoxes.

In an unusual turn of events, the new scientific research suggests they might be onto something: an unlikely way to fight obesity. 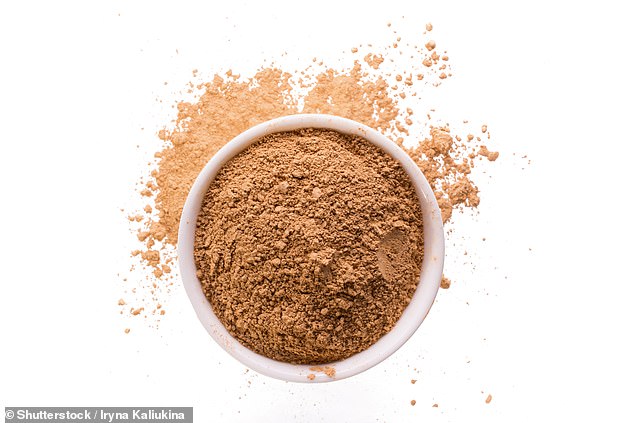 Eating a certain kind of dirt may hold a key to fighting the obesity epidemic, a new study suggests. Australian researchers stumbled onto a clay that flushes fat from the system

For the most part radical diets and cleanses are as crazy as they seem: cabbage cleanses, soy sauce detoxes and turpentine ‘treatments’ are all dangerous and can even turn deadly.

But supplementing your diet with dirt, of all things, might actually be beneficial.

Throughout history and certain cultures, people have indulged the rather strange urge to eat dirt.

The practice – called geophagy – is most common among pregnant women and, of course, children.

And the practice has been reported on every continent in the world.

Many cultures – including the majority of the US – file it under disordered eating of non-food things, known as Pica.

However, in the South, it’s a common practice and in 2015, was the subject of the 2015 documentary Eat White Dirt which explores Southerners’ love for chewing on kaolin, a kind of white clay formed from mineral deposits.

Kaolin is actually found in the drug Kaopectate, an anti-diarrheal.

And anthropological research suggests this is exactly why humans have been drawn to dirt. Throughout history, people seem to have taken up eating soil when there stomachs have been in distress.

But, quite by accident, the University of South Australia researchers found that a different dirt might do much more than quell upset stomachs.

Tahnee Dening, a PhD candidate, was trying to find compounds that could improve the way the body absorbs antipsychotic pills.

‘I noticed that the clay particles weren’t behaving as I’d expected,’ she said.

‘Instead of breaking down to release drugs, the clay materials were attracting fat droplets and literally soaking them up. Not only were the clay materials trapping the fats within their particle structure, but they were also preventing them from being absorbed by the body, ensuring that fat simply passed through the digestive system.

‘It’s this unique behavior that immediately signaled we could be onto something significant – potentially a cure for obesity.’

It’s also not clear if bentonite clay that has gained popularity with celebrities or the kaolin consumed in the South have similar properties.

Dening and her fellow researchers tested their theory out by feeding a group of rats high-fat diets plus one of three supplements: the weight-loss drug, orlistat, a clay called montmorillonite or a placebo.

The mice eating the clay supplement gained the least weight, suggesting that eatind dirt was better at flushing fat from their systems than the FDA-approved drug was.

Our processed clay has an unusually high surface area which means it has a huge capacity to interact with and soak up digested fats and oils present in the foods we eat,’ said Dening.

Orlistat, on the other hand, blocks the body from digesting fat in the first place.

So, next, she wants to try the two in combination.

‘We’re essentially attacking fat digestion and absorption in two different ways and we hope this will lead to greater weight loss with fewer side effects.’

Previous research on geophagy hasn’t found any significant health risks to eating it in moderation – though too much could cause constipation.

Experts have long approached diet pills with apprehension, however, fearing that the risks outweigh the benefits.

A safer alternative to supplement improved diets and exercise to fight obesity could be a blockbuster drug – and the University of South Australia researchers know it.

‘With a finding like this, people will naturally be keen to find out when they can try it. Given that the material is generally considered safe and is widely used in food and nutraceutical products, it is feasible that human clinical trials could start reasonably soon,’ said Dening’s supervisor, Dr Clive Prestige.