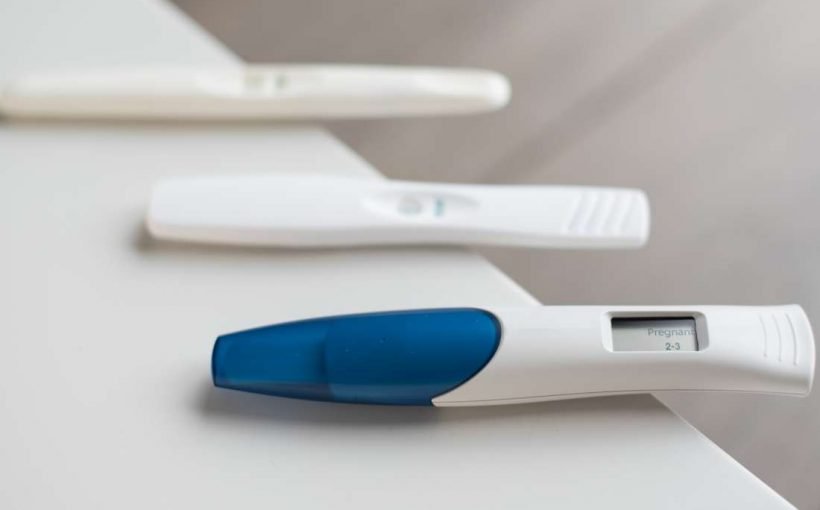 In this article, we list 10 early signs that can indicate a person should take a pregnancy test.

The most common reason to take a pregnancy test is a missed period.

While there are many reasons why people may miss periods, if a person is sexually active, it may be due to pregnancy.

Most pregnancy tests are very accurate when taken after a missed period, but sometimes the hormone levels might not be high enough to trigger a positive result.

If a person misses a period and has a negative pregnancy test, they should repeat it after a few days.

Sore and swollen breasts are very common in early pregnancy, but they often occur just before a period, as well.

Some people also notice that their nipples become larger or slightly darker in early pregnancy.

Some people experience implantation bleeding, which is light bleeding that happens when the embryo attaches to the uterine wall.

Implantation bleeding tends to be lighter and shorter than that of a menstrual period.

Morning sickness, or nausea and vomiting associated with pregnancy, tends to start between the 2nd and 8th week of pregnancy occurring.

Nausea does not just happen in the morning — many women feel nauseated all day or into the evening.

Feeling nauseated for no apparent reason, especially when combined with other symptoms, may be a sign that a person should take a pregnancy test.

Fatigue is a common symptom of early pregnancy if there are no other likely causes, such as stress or lack of sleep. It may be difficult for a person to make it through the day without a nap or the opportunity to rest.

Fatigue during early pregnancy is usually due to changes in the hormone progesterone.

The fatigue usually eases, and pregnant women may find they have more energy starting in the second trimester.

Unusual cravings and food aversions are common in the first trimester, though they sometimes persist through the entire pregnancy.

Some people crave non-food items, such as dirt or ice. It is best to see a doctor if experiencing cravings for things that are not food.

Many people report feeling “different” and having an awareness that they are pregnant before taking the test.

Physiological and hormonal changes during pregnancy may cause this “gut feeling”.

If a person has a feeling that they might be pregnant, they should take a pregnancy test for confirmation.

People should consider taking a pregnancy test if they are sexually active and have had a birth control mishap within the last month.

While most birth control options are effective in preventing pregnancy, a broken condom or missed birth control pill can increase the risk of conception.

People should see a doctor if they get a positive pregnancy test. The doctor can confirm the results of a home pregnancy test with a blood test or schedule an early ultrasound.

If a person is pregnant, it is also vital to start prenatal care or discuss other options as early into the pregnancy as possible.

It is also best to speak to a doctor if a person misses a period, but they are not pregnant. The doctor can help diagnose a possible underlying cause.

Pregnancy tests are available in pharmacies and online.

We picked linked items based on the quality of products, and list the pros and cons of each to help you determine which will work best for you. We partner with some of the companies that sell these products, which means Healthline UK and our partners may receive a portion of revenues if you make a purchase using a link(s) above.