Home » Health News » Who: a lot of men in Europe die too early from preventable causes 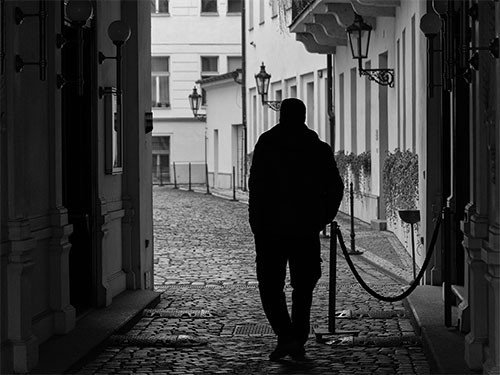 These findings are contained in the report submitted at the ongoing Rome 68 session of the who regional Committee annual meeting of Ministers on priority вопросамздравоохранениявЕвропейском the region. Despite the increase in total life expectancy, many men die too young, and the reason lies not only in biology. At the same time, in the Eastern countries of the region, including Russia, the risk of premature death of men is much higher than in the West.

First who report on men’s health and well-being in 53 countries in the European region was prepared with the aim of adopting a regional Strategy on this issue. The main causes of death among men aged 30-59 are cardiovascular diseases, cancer, diabetes and respiratory diseases. The European region is an example of the impressive reduction in premature mortality from noncommunicable diseases – said the Director of the European who regional Committee Zsuzsanna Jakab. However, too many men are dying young from these diseases, without having received the full treatment, and also as a result of injuries. The report helps to understand their specific needs and how to ensure appropriate gender measures to preserve the life and health of men.

Seriouseffects of men’s risk factors known solong that they are considered almostbiologically determined, but differences between the health status and life expectancy of men in different countries shows that it is not.

The report noted a large gap in men’s health in the European region, and as a result, a 17-year difference in average life expectancy in different countries from 64.7 in Turkmenistan to 81.2 years in Switzerland. Varies considerably and the expected duration of healthy life from of 58.7 to 72.4 years.Russia in this rating occupies the penultimate place (66 and 59 years, respectively).

However, it is undeniable that widespread gender norms and roles continue to have an impact on the health and welfare of the people. Regardless of socio – economic status men smoke more, eat less healthy food, drink more alcohol and are more prone to injuries and interpersonal violence than women.Agentina occupational segregation means the loss of health of men is partly related to accidents and injuries in the workplace. The latest data show that:

In addition, men are less than women tend to seek help from doctors. They subjectively evaluate their health as a stronger, less complain that their needs for health care are not satisfied, and more likely to receive medical help off the books.

For example, men who experience severe emotional problems and symptoms of depression often go undiagnosed because they fail to take seriously these diseases. The inability to recognize mental health issues contributes to the increasing suicide rate, which among men age 30-49 is five times higher than among women of the same age.

In addition, men with high blood pressure face obstacles in access to the health system. According to the latest data, diagnosis, treatment and control of hypertension in many countries can be improved.

The report finds that the key factors influencing men’s health and well-being is financial wealth, level of education, unemployment, social relationships, living conditions.Promote the General welfare of the citizens of the country reduces total mortality by half reduces the risk of depression and suicide, as well as 40% reduces the risk of violent death.