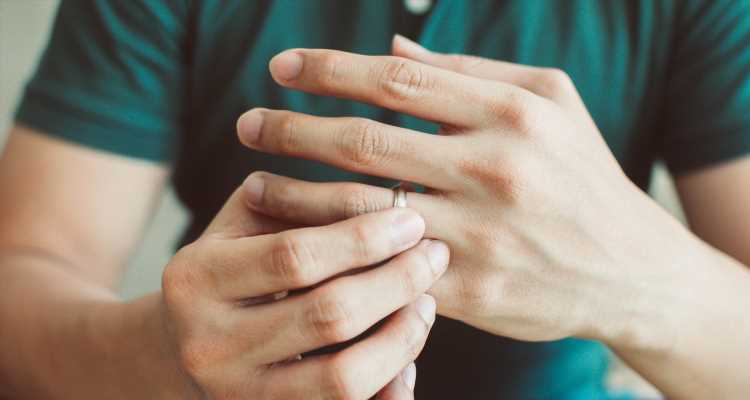 In listening to these stories, something really struck me: A lot of people who seemed to be in perfectly happy relationships were committing infidelity. The first time I heard one of these accounts, it was from a woman who by all appearances had a model marriage and truly loved her husband. So it was a shock when she went on to tell me about the steamy affair she was having with the building maintenance man.

These stories fascinated me. We tend to think of people who step out on their spouse as being miserable in their marriage. But it turns out that a lot of happily married people with great sex lives end up cheating, too.

A recent study in the Journal of Personality and Social Psychology backs this up. Researchers at Florida State University and Northwestern University asked 233 newlywed couples (of which 232 were heterosexual) to complete multiple surveys over a three-and-a half-year period. The most surprising finding from this research was that being sexually satisfied in one’s marriage actually increased the odds of committing infidelity—a finding that was true for men and women alike.

That’s right: The people who were happiest with their sex lives actually cheated at higher rates, and there are all kinds of theories as to why.

One theory: The study authors suggest the possibility that people who have the most positive attitudes toward sex, to begin with, are more likely to cheat. So perhaps they’re cheating simply because they’re the most interested in sex overall.

That idea adds up for sex therapist David Ley, Ph.D., author of The Myth of Sex Addiction. “People with high libido and high sexual sensation seeking [read: a strong need for sexual thrills] are also more highly sexually satisfied, perhaps because they value the sexual experience and place more emphasis on it in their life,” he says. “Interestingly, high sexual sensation seeking is also correlated with infidelity,” Ley adds.

That theory also makes sense to me. A guy once told me he and his girlfriend had a “very happy” relationship with regular sex, but he found himself secretly visiting sex workers for more. According to him, the more he had sex with his partner, the more this revved up his libido and desire to have sex with other women. Paradoxically, he was actually the least inclined to cheat when he and his partner were going through a dry spell.

That newlywed study pointed to another surprising predictor of infidelity: physical attractiveness. Research assistants looked at photos of each study participant and rated their facial attractiveness, essentially determining who was hot and who was not. The authors then looked to see whether these attractiveness ratings were linked to cheating.

In her 2017 book on cheating, The State of Affairs: Rethinking Infidelity, sex and relationship expert Esther Perel suggests yet another theory as to why happily married people have flings. She says these affairs are often about a “crisis of identity” that has nothing to do with the marriage itself and everything to do with the cheater’s need for self-discovery. It might be about seeing what it’s like to “break the rules” for the first time in their life—or exploring what their life might have been like if they’d taken a different path.

"I have found sex therapy oftentimes has little to do with sex itself."

Cheating is “usually a symptom of an underlying anxiety” for men and women alike, says sex and relationship psychotherapist Arva Bensaheb, Ph.D. She remembers a client with the kind of marriage most men probably dream of: He had an intelligent, beautiful wife who wanted frequent sex and was down for trying lots of new things in the bedroom. Despite this, he couldn’t stay monogamous and had a constant string of affairs.

But they weren’t about his wife or relationship, or even about unfulfilled sexual needs. They were about him coping with anxiety—in particular, a powerful fear of death that had gripped him for several years. Sex with other people offered temporary relief by making him feel alive. “I have found,” Bensaheb says, “that sex therapy oftentimes has little to do with sex itself.”

Ultimately, what this means is that we all need to rethink our assumptions about cheating, and about marriage and relationships more broadly. We need to recognize that cheating doesn’t always stem from relationship problems, and that a “perfect” marriage doesn’t guarantee we’ll be shielded from infidelity.

But there are steps you can take to lower your own chances of committing infidelity. If you find yourself happily married but tempted to stray (or perhaps you’ve already strayed a few times), it might be time to consult a therapist to explore why. If you invest some time in working on you now, you might save yourself and your spouse a lot of heartache and grief down the road.

This article originally appeared on Men’s Health US.