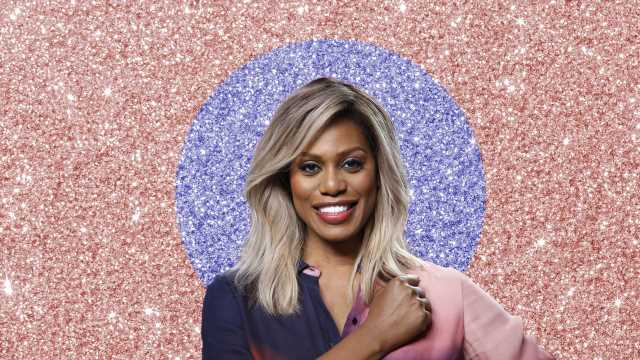 It’s 3:30 p.m. on a Tuesday, and while most people are hitting their afternoon slump, Laverne Cox is full of energy. Over the past seven hours, the actress has done a dozen interviews, but she doesn’t show a hint of exhaustion. That's impressive, since she's also in the middle of a hectic work schedule filming the upcoming movie Promising Young Woman and speaking out about gender equality.

So what's her secret for getting so much done? Cox tells Health that it's all due to her go-to mantra and self-care routine.

"My mantra is that I can move through life’s challenges and not place my worthiness on the line," says Cox. Her mantra comes from Brené Brown, a researcher who studies shame and vulnerability, she explains.

"Worthiness is a birthright," says Cox. "So I am going to go through life’s challenges without my worthiness on the table. They don’t get to have my worthiness, that is God-given."

#riseupOct8. Please refer to the @nowthisnews video next to this post on my feed to find out all about the most important #lgbtq civil rights case to be heard by the #SupremeCourt in my lifetime. Thank you Chase Strangio for being my date tonight and for your vital work at the @aclu_nationwide and beyond. … #TransIsBeautiful #scotus #aimeestephens #Emmys

Her mantra is only part of what keeps her powering through her day. She also relies on her self-care routine, which starts with a good night’s sleep.

“Sleep is really crucial for me,” she says. “I know with a lot of busy people, sleep is the first thing to go. I’m here in New York this week and everyone’s like ‘You’re in New York, let’s get coffee,’ and I’m like, ‘I’m working, I’m going to need to sleep after that. That’s probably all I’ll have time for.’”

While eight hours of sleep isn’t always doable, Cox says that she’ll try to score an extra hour or so of rest, and then meditate during any quiet moments she has. Besides sleep and meditation, she has a few other unique self-care steps.

“Throughout the day it’s about putting on some music and dancing,” she says. “I love karaoke when I can fit it in, and it is crucial. It’s so cathartic to me, just like getting in a room with a friend and screaming into a microphone and dancing. It’s a release. You have to get the energy out.”

Cox's most important self-care move involves throwing herself into projects that connect her to her values. “I have to say, though, when I’m engaged in work that makes me feel connected to purpose, to an energy that’s bigger than me where I’m doing something of service, I feel my best,” she explains.

After her breakout role as Sophia on Orange Is the New Black, Cox used her platform to support transgender rights. Since her transition 21 years ago, she has made it her mission to be a trans advocate in the US. She proved that at the 2019 Emmys, when she paired her dramatic Monsoori gown with a rainbow clutch that read “Oct. 8 Title VII Supreme Court.” It was a nod to Title VII of the 1964 Civil Rights Act, which protects gay and transgender people from workplace discrimination.

Cox explains that if the Supreme Court decides to eliminate Title VII protections, trans people could lose their employment, and by extension, their health care. “I love my body, I really do,” she says. “And that’s because I have had access to healthcare. I feel like that saved my life. I know for sure that saved my life. I think it’s a matter of life or death, having access to health insurance, and specifically transition-related healthcare.”

In addition to being a political activist, Cox has partnered with Band-Aid and (RED) to help provide lifesaving medication for people living with HIV in Sub-Saharan Africa.

“These projects really makes me feel good, being able to spread the word to lift up individuals and causes that are bigger than me,” says Cox. “The best self-care is to find a way to be of service."