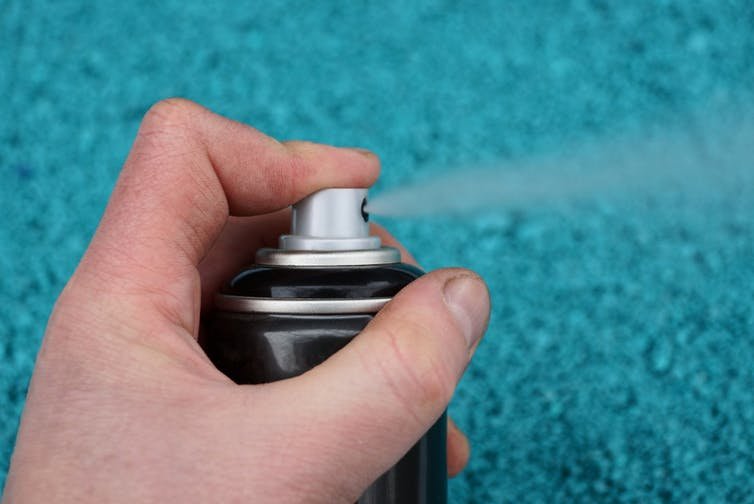 Drug related deaths are now at their highest levels since records began in England and Wales. In 2017, there were 56 ecstasy deaths, each new tragedy generating headlines and leading to calls for action, such as the introduction of drug checking in nightclubs and festivals. But others are abusing a different range of substances, a problem that many people think largely disappeared in the 1980s and has been ignored in all the headlines.

Volatile substance abuse (VSA) comprises inhalation of volatile compounds in chemical products – such as glues, paints, spray deodorants and fuels – for their psychoactive effects. These substances are derided as a cheap high and use is stigmatised in comparison to other drugs. But users report that it can be pleasurable, as well as an effective means of self-medicating pain and low mood.

As volatile substances are marked for household or industrial purposes, they are readily available. Misuse is covered by the same laws designed to prevent supply of new psychoactive substances.

VSA use peaks in early adolescence and declines with age. In England in 2016, 11% of 11- to 15-year-olds reported having been offered volatile substances and 4.4% of respondents reported they had used them at least once in the 12 months prior to the survey – more than any other drug apart from cannabis. Furthermore, 61% of pupils who first tried a substance at the age of 11 or younger reported that this was a volatile substance.

Since 2001 there have been 834 deaths related to these substances in Britain and 64 in 2016 alone – on a par with the number associated with ecstasy use. But VSA deaths do not not simply affect young people. In terms of mortality, deaths of young people have declined and almost half of all VSA deaths are now of adults between the ages of 20 and 39.

The response to VSA in the UK is fragmented and a more coordinated approach to data collection, prevention, treatment and supply reduction is needed. First, we need better data on use and associated harms.

England, for example, no longer collects data on use of most products in adults. Public Health England reports that 359 individuals presenting to drug treatment services in 2016/17 declared use of “solvents.” 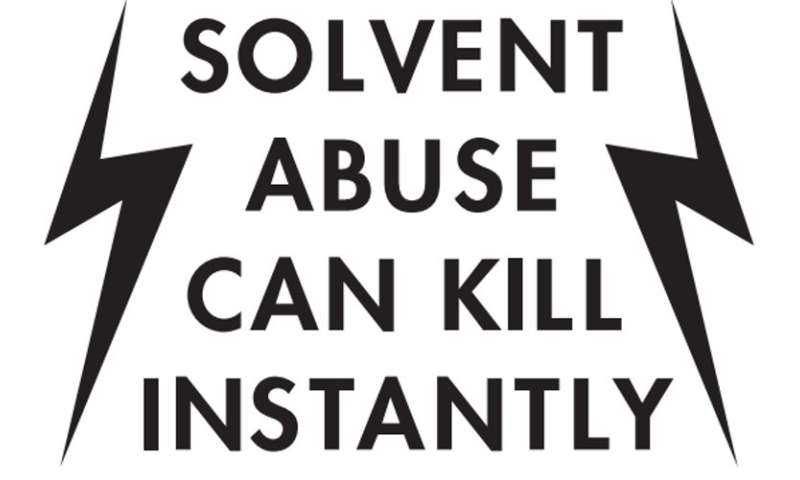 But this is likely to be an underestimate because charities and treatment providers tell us that pathways into treatment are hampered by stigma and therefore users are often unwilling to seek help. There is a perception from some users and providers that these substances are not considered “real drugs” and a lack of routine assessment by treatment workers and healthcare professionals means that a history of VSA is often missed by drug treatment and other health services.

Little is known about how to effectively prevent VSA and treat users. Although there is some tentative evidence to support the use of individual counselling, family therapies and residential activity and engagement programmes, few providers have the skills or resources to offer these solutions.

The solvents industry has a key role to play in risk reduction. In the UK – and in keeping with cigarette labelling – this has led to the introduction of the SACKI logo (Solvent Abuse Can Kill Instantly) carried on almost all aerosol products. Manufacturers should be encouraged to continue looking for ways to make their products harder to misuse.

One way of doing this is to replace harmful chemicals in products, as has been done in the European Union, for example with the removal of the liquid solvent toluene from consumer spray paints and glues. Technical advances might enable other manufacturers to reformulate their products, or to market consumer products in smaller sizes to make heavy consumption more difficult.

Retailers, including the online giants, also have an important role to play. In addition to complying with existing law, retailers should only allow single purchases of products such as lighter fluid. In-store and online signage and displays should not draw attention to products or offer promotions on products that might be misused. Staff and systems should also be trained to identify customers who might be misusing products and shop design and product location should be considered as a way to reduce thefts.

These substances are not “glamorous” and their use is not associated with fashionable clubs, festivals or modern cultural movements. Few in the media demand that government “does more” in response to the harm they do. Nevertheless, the health and social harms of VSA are significant.