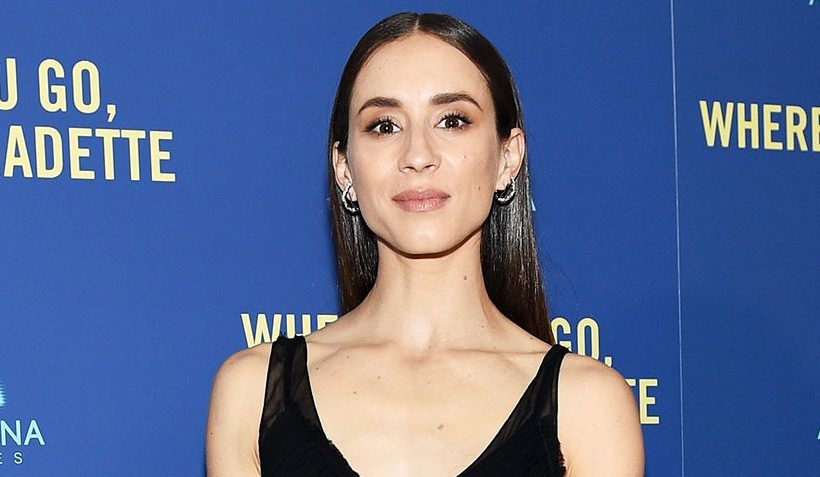 “Whoa,” the Pretty Little Liars alum, 33, said from behind the camera of her Sunday, October 20, Instagram Story while panning over jars of Methodology meals. “Trying to figure out which of these I’m gonna give to Aurora for dinner.”

While there have been rumors on Instagram and Twitter of Aurora being the 12-month-old’s name, this is the first time Bellisario has confirmed the moniker.

The actress and the Suits alum, 38, welcomed their bundle of joy in October 2018. “I couldn’t be more proud to be her mother,” the new mom captioned an Instagram post featuring her daughter’s hand at the time. “To bring a new girl into this world and to do my best to raise her to be kind, strong and whatever the heck she wants to be.”

The Los Angeles native went on to keep her infant’s life private. In addition to not revealing her name for a year, Bellisario hasn’t shared photos of her little one’s face.

She did open up about her “complicated” relationship with breast-feeding Aurora in an August upload, writing, “My milk came in immediately (so lucky!) my daughter has always eaten well (little bit of reflux but all good) and breast-feeding her was never painful or frustrating (SO RARE) but the mastitis, waking up in the middle of the night to pump, pulling off on the freeway to pump, or hiding in dark corners of houses while pumping or else I can’t sleep it’s SO PAINFUL … having to be conscious of everything I put or do not put in my body (it’s been almost two years if you count pregnancy) and that means alcohol, medication, even melatonin! I can’t even join in all of this cool CBD stuff that’s happening.”

That being said, the Clara star called her decision to nurse “a joy, an honor and a no brainer.”

Six months earlier, Bellisario revealed on the “Katie’s Crib” podcast that putting her phone away has bettered her breast-feeding journey. “[It’s] almost a type of meditation because I don’t know when it’s going to be done,” she said at the time. “I just have to sit there and engage with her or not and breathe until she’s done.”