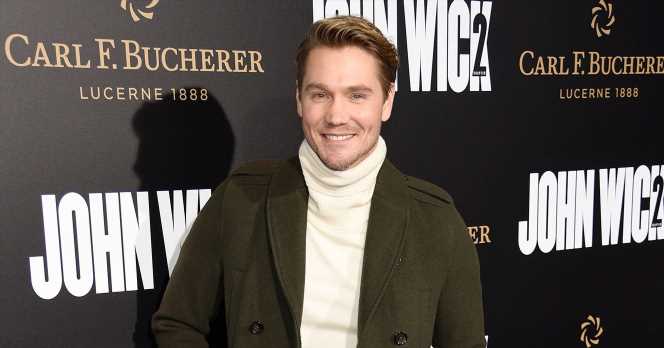 Loving life! Chad Michael Murray gushed about fatherhood in a rare photo with his two children.

Sexy Celeb Dads With Their Kids

“The snuggles are real,” the actor, 39, captioned a Monday, March 29, Instagram post. “No better duty than #daddyduty. Love our family.”

In the social media upload, the New York native closed his eyes and smiled while his 4-year-old daughter hugged him. Her 5-year-old brother could be seen on their dad’s other side.

“This is my favorite picture of you ever!!!!!!” Murray’s former One Tree Hill costar Hilarie Burton commented on the post, while his wife, Sarah Roemer, agreed that their little ones were “the best.”

The couple tied the knot in January 2015 in California, welcoming their baby boy later that same year. Their daughter arrived in 2017.

Murray gave Us Weekly exclusive insight into his family life in April 2018, revealing that he loves traveling with the model, 36, and their children. “My son just had his 64th flight this morning. He’s not even 3 yet and he’s already been on 64 flights so we’re cruising,” the Gilmore Girls alum explained to Us at the time. “We do travel quite a bit for a little family. We love it though. They’re such good fliers. They’re such great travelers in general. Our son gets super excited in the morning, he gets all ramped up. We get to the airport, he knows the rules, he knows security check and he knows where to wait. He gets himself strapped in, he looks up and waits for all the lights to go off before he takes his seatbelt off or puts his tray table down.”

With both of his children so “well-versed in travel,” the Riverdale star “wouldn’t do it any other way.”

While filming The Beach House in Savannah, Georgia, for instance, Murray spent his downtime with his family. “[It] was fantastic,” he told Us. “We explored, found playgrounds and really cool indoor play places for the kids. We did our daily walks, some days when they were really good, go to the ice cream shop … The city really is beautiful.”

Murray, who is notoriously private about his kids and has yet to share their names, was previously married to Sophia Bush from April to September 2005. He was then engaged to Kenzie Dalton for seven years ahead of their August 2013 split.