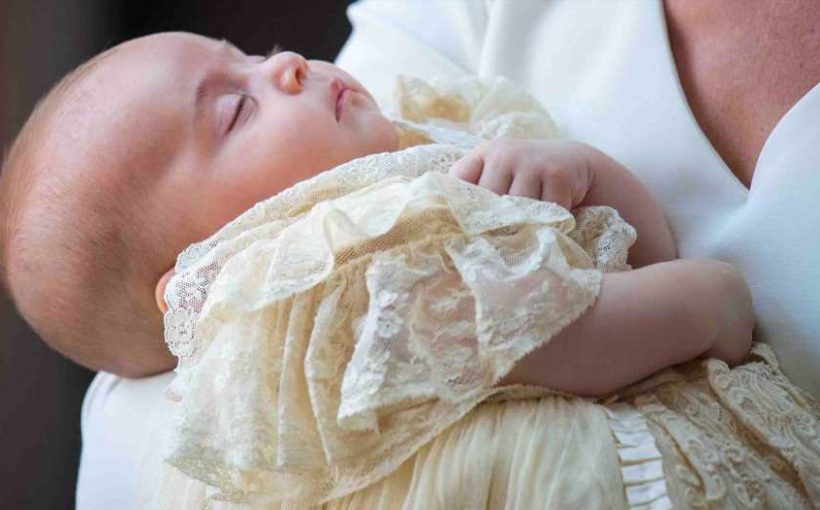 Duchess Kate and Prince William welcomed their third child, Prince Louis, on Monday, April 23, 2018, and the cuteness hasn’t stopped. From the first glimpse of Louis at the Lindo Wing to his christening, take a look back on the sweetest moments.

While the little one has made very few public appearances, his parents often speak fondly of him.

In January 2019, the Duchess of Cambridge told well-wishers outside of the Victoria and Albert Museum in Dundee, Scotland, that Prince George and Princess Charlotte’s baby brother was “a fast crawler.”

The Duke of Cambridge joked in May 2018 that he was “looking for a babysitter.”

But Louis’ older sister may assume the responsibilities when she gets a little older — Charlotte is the baby’s greatest admirer, a source told Us Weekly exclusively the same month. “[She] is really enjoying having a younger brother to play with,” the insider said. “She’s taking her big sister duties very seriously. She won’t leave baby Louis’ side.”

As for his parents, “[William and Kate] are absolutely thrilled with having three [children],” a different source told Us after their third child’s arrival. “They are soaking up every minute they can. Their dream was always to have three kids. Kate knew she wanted a third not long after having Charlotte, but this time around they seem very content.”

Keep scrolling down to see Prince Louis’ baby album, featuring some of the royal’s most adorable moments.