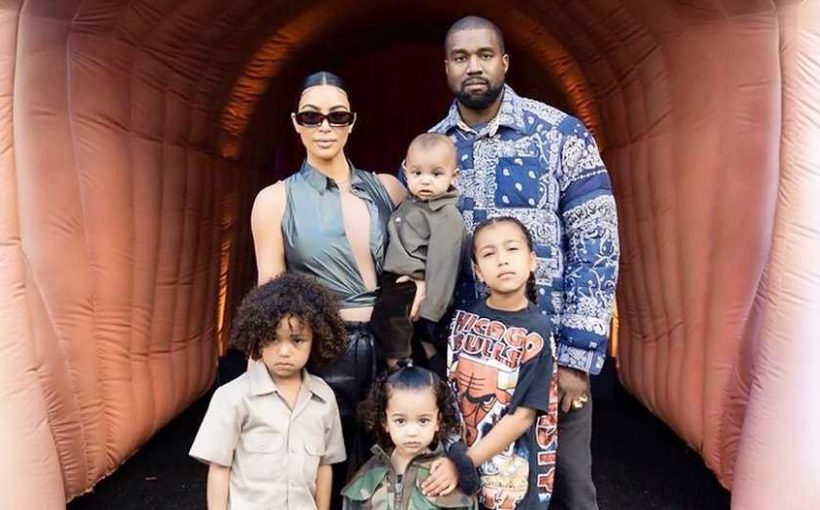 Staying behind closed doors. Kim Kardashian and Kanye West have managed to keep their children unaware of their ups and downs amid speculation that the pair are heading for a split.

Kim Kardashian and Kanye West’s Sweetest Moments With Their Kids

“The kids don’t know anything about the problems their parents are having,” a source tells Us Weekly exclusively, noting that the Skims founder, 40, and the Yeezy designer, 43, have been “working in different states” since West found a place in Wyoming in September 2019. “Their kids are very used to their dad living in another state.”

Kardashian and the Grammy winner made headlines earlier this month after multiple outlets reported that the reality star was considering filing for divorce after six years of marriage. The couple share four kids: North, 7, Saint, 5, Chicago, 2, and Psalm, 20 months. Us previously broke the news in July 2020 that Kardashian was weighing her options and speaking with lawyers following her husband’s controversial comments about their personal lives during his campaign for the presidency.

“The comments about North and the abortion were the final confirmation. She will protect the children first, always,” a source explained earlier this month as split rumors continued to spread, adding that the duo “had a big fight in early December.”

All the Times Kim Kardashian Has Publicly Defended Kanye West

While things have been rocky in recent months, the first source says that separating has been on Kardashian’s mind “for two and a half years,” but she wants to be careful when it comes to their kids and West’s mental health. The KKW Beauty founder addressed West’s battle with bipolar disorder for the first time last summer, four years after the “Stronger” rapper was first diagnosed.

“She wants to make sure he’s in a healthy place before she decides to file and they can coexist and coparent without having bad blood between them,” the source adds. “Kanye wanted the whole family to move to Wyoming, but Kim said no since the kids’ school, friends and entire lives are in California.”

Whispers about the couple’s relationship status floated in October 2020 when West was noticeably absent from Kardashian’s 40th birthday bash. At the time, an insider explained that the “Gold Digger” artist was booked with other commitments, but showed up toward the end of the celebration. Kardashian was later photographed without her wedding ring and didn’t have her husband by her side at Kourtney Kardashian‘s family-only Christmas Eve party. Despite the challenges she’s faced with West, Kim is hanging onto the feelings she has for him and “waiting to file” for divorce.

“There are still really extreme moments of love between them, even though he only showed up for the tail end of her 40th and his lavish Christmas present to Kim is an indication that there are still very strong feelings between the two of them,” the first source explains.

Members of Kim’s inner circle, however, are “surprised” that she’s holding off. “Kim and Kanye haven’t been on the same page for a while now,” a source previously told Us. “She has grown up a lot this past year and is studying the law so she can really make change and provide a better world for her kids. Kanye isn’t as focused and doesn’t live in the real world, their world views no longer line up.”

The Selfish author was previously married to Damon Thomas from 2000 to 2004 and split from second husband Kris Humphries in October 2011 after just 72 days of marriage. West, for his part, was previously engaged to designer Alexis Phifer from 2006 to 2008.