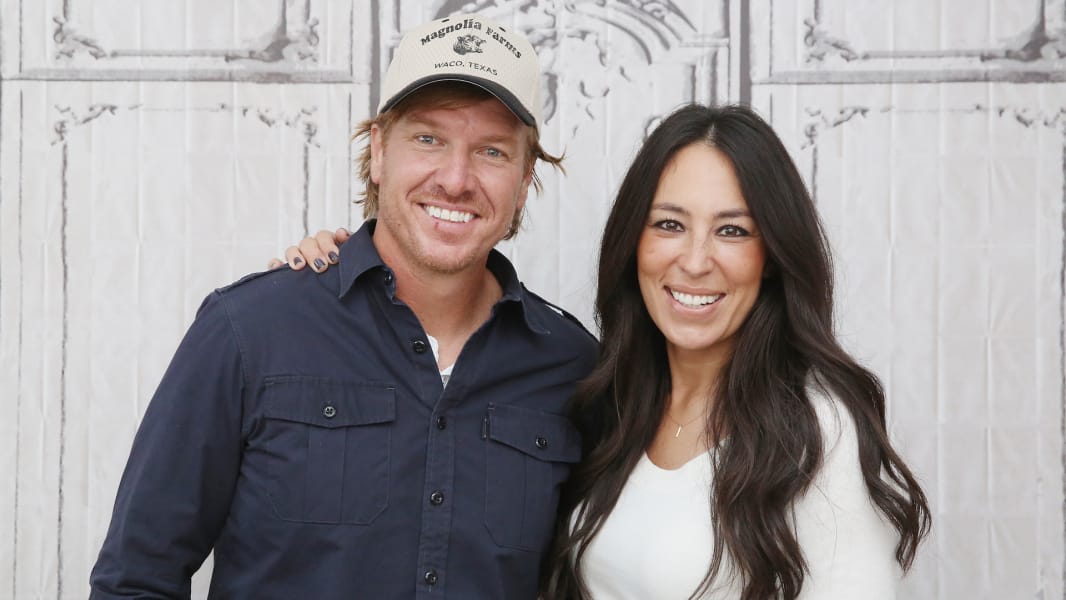 Joanna and Chip Gaines of Fixer Upper welcomed their fifth baby on June 21 — son Crew. Joanna Gaines posted a photo on Instagram of hubby Chip with the infant in his lap along with a caption about one very sweet family tradition that continues.

It’s been eight full years since the HGTV alums have had a newborn in the house, but Joanna told People the family is taking it all in stride. Check out this amazing photo of the four older kids in the family waiting outside the hospital room door to meet their new baby brother.

“We think about things like when Emmie goes off to college this little one will only be 10,” she told the magazine in April. “It’s just crazy to think how wide that gap is, but Chip just loves hanging out with the kids and it’s just such a sweet thing.”

In May, Joanna told People, “I think it’s sweet because they’re older now, and I can see them wanting to be a part of this. We’re all rallying around this baby, which I feel is a sweet gift to our family.”

The posse includes Drake, 13, Duke, 10, Ella, 11, and Emmie Kay, 8. The family’s all back home and doing well in Waco, Texas, where Joanna’s been happily posting updates about their newest little one.

We love this family — and we marvel at how easy they make it all look.