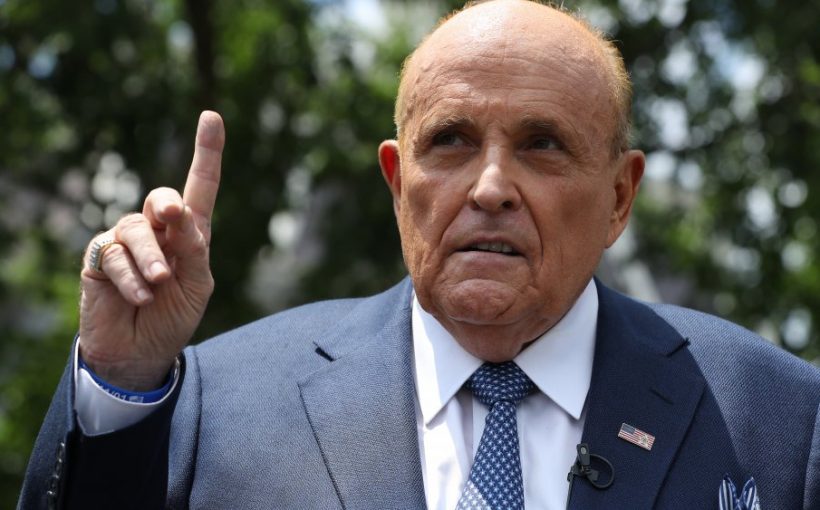 Former New York City mayor Rudy Giuliani — who is President Donald Trump’s attorney and a featured speaker at the Republic National Convention — has won a “what you see is what you get” reputation for his blunt, plainspoken rhetoric (per The Atlantic). If you listen to his voice in his podcasts, during this week’s RNC address, or in his many interviews on Fox News, you’ll catch a genuine “New Yawk” edge to his tone that’ll make you think of Coney Island hot dogs, ferry boat rides, and brownstone stoops. But make no mistake about it: There is nothing humble about Giuliani’s $230,000-a-month lifestyle, which includes six homes, access to private jets, and 11 country club memberships (per Time).

So exactly how wealthy is Giuliani? The 75-year-old has a net worth of $45 million (per The Richest). This estimate is based on his his 2007 financial disclosure when he was running for the Republican nomination for president, but his 2019 divorce from his third wife, Judith, after a 20-month long court battle, may have changed his financial outlook (per Fox Business).

Most of Rudy Giuliani's wealth comes from speaking engagements

Giuliani’s take-charge response to the terrorist attacks of September 11, 2001, won him much respect — not to mention requests to share his insights at well-paid speaking engagements, to the tune of $300,000 per pop (via Yahoo! Finance). In 2006 alone, he earned $11.4 million for 124 speeches. Note that this was one full decade before he became part of the inner circle of the 45th U.S. president. As of 2018, he was earning between $5 and $10 million a year, according to Time.

So what does “America’s Mayor” spend all of his mega-millions on? His ex-wife’s divorce attorney, Bernard Clair, told New York Justice Michael Katz that although at the time, Rudy had claimed he was having “financial difficulties,” his expenses between April and November 2018 alone tallied more than $900,000 on a variety of personal indulgences. This included more than $12,000 on cigars, more than $7,000 on fountain pens, and close to $300,000 on his alleged mistress Maria Rosa Ryan (per New York NBC affiliate).