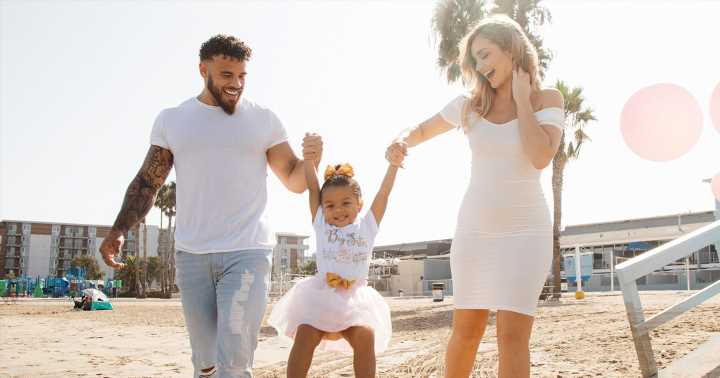 A happy, blended family. Teen Mom OG‘s Cory Wharton and Taylor Selfridge took Us Weekly along for their pregnancy photoshoot, where his 2-year-old daughter, Ryder, also joined them.

Selfridge, 25, is 11 weeks along, she and Wharton, 28, revealed exclusively to Us in the latest issue. Wharton shares his first daughter with ex-girlfriend Cheyenne Floyd; however, he didn’t know he was Ryder’s father until she was 6 months old, so he can’t wait to be hands-on every step of the way with his second child.

“For me, this is like my first baby, almost, as weird as that sounds,” the Challenge vet tells Us. There’s also an additional emotional element added since Ryder is affected by VLCAD, a genetic disorder that prevents her from properly breaking down certain fats into energy.

“They think that I’m a carrier for VLCAD, because my daughter has it,” Wharton explains. “We just need to make sure that she’s not a carrier. The next test is genetic testing. I would say that this is a blessing for us both.”

Wharton met the Are You the One? vet during season 1 of Ex on the Beach in 2018. The pair have had been on and off for the last two years, but have only gotten closer since finding out their family is growing.

So, how did Ryder react to the news? Have they thought about names yet? Scroll through the exclusive gallery below for more, plus a look inside their pregnancy shoot!