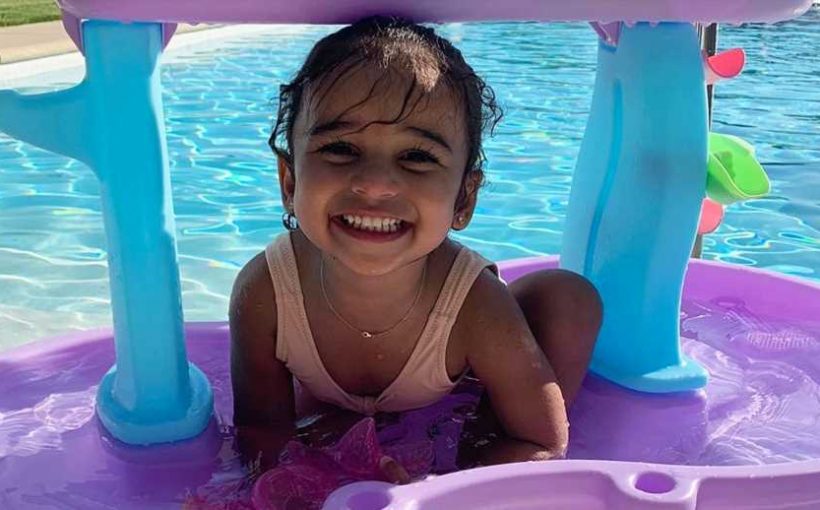 A dream come true! Rob Kardashian and Blac Chyna welcomed their daughter, Dream, in November 2016 via C-section and have been posting sweet pictures of the little one ever since.

“She’s an exact copy,” the E! personality wrote on Instagram after her arrival, comparing the newborn to his late father, Robert Kardashian Sr. “Pops sent us an angel. It’s truly a blessing. He’s happier than anyone on this day. I’m so happy and thankful.”

“Dream was Rob’s favorite name because it was always his dream to have a baby,” a source told Us Weekly exclusively at the time. The infant’s middle name matches her mom’s, whose real name is Angela Renée White.

Just one month after Dream’s birth, the Keeping Up With the Kardashians star and the model called off their engagement. In September 2017, the former couple settled their custody agreement.

“Chyna is pleased that Rob has agreed to peacefully coparent Dream with her, as she has been requesting all along,” the new mom’s attorney Lisa Bloom told Us in a statement.

When it comes to amicably raising their daughter, “the key is basically communication,” the Real Blac Chyna star told Us in July 2019. “It makes it a little bit easier if you can communicate with your child’s other parent. That’s the best and healthiest way.”

The Lashed creator, who also welcomed son King with her ex-boyfriend Tyga in 2012, “appreciates” both of her kids’ fathers. “[They] help out because you have to have that time to yourself, just to even go to the spa and kind of reset,” the beauty salon owner explained. “The days that they’re with their dads, then I go take my trips. Basically, I’m always home with [my kids].”

As for the Arthur George sock designer, he is a “hands-on dad” to their daughter, a source told Us exclusively in July 2019. “Dream gives Rob direction.”

From fun Halloween costumes to sweet shots with her cousins, keep scrolling for adorable photos of Dream over the years.