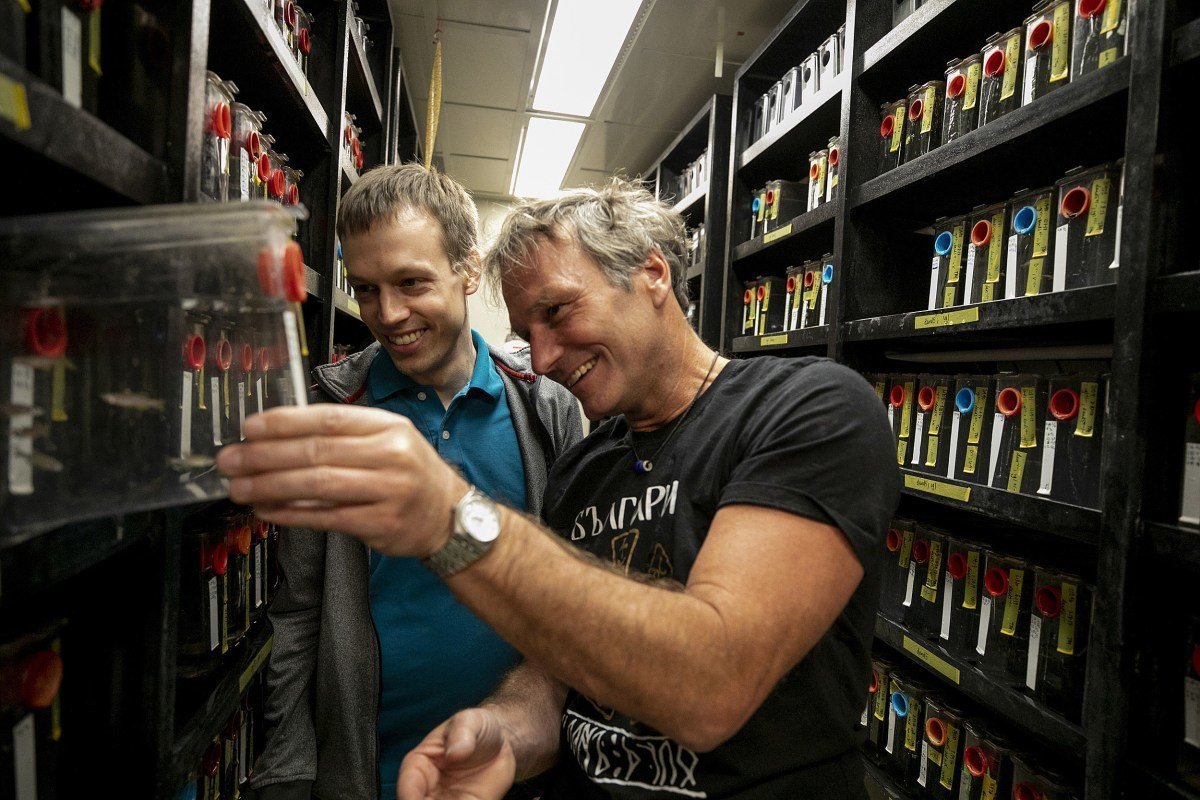 Do you pause what you’re doing to put on a sweater because you feel chilly? Do you click the thermostat up a few degrees on a winter day? What about keeping a fan on your desk, or ducking into an air-conditioned room to beat the heat?

If so (and, let’s face it, everyone has), then you’ve used sensory information about your environment—the temperature—to alter your behavior.

But exactly how the brain processes that information has largely remained a mystery. To shed light on that, a team of researchers led by Martin Haesemeyer, a research associate in the labs of Florian Engert, professor of molecular and cellular biology, and Alexander Schier, the Leo Erikson Life Sciences Professor of Molecular and Cellular Biology, turned to an unlikely subject: zebrafish.

Using whole-brain imaging techniques, Haesemeyer was able to show how sensory neurons innervating the face detect environmental temperature, and how this information is passed on to the hindbrain of the fish, where it is processed to produce behavior. The study is described in a paper published earlier this year in Neuron.

“Unlike us, zebrafish can’t regulate their body temperature,” Haesemeyer said. “They live in fairly shallow pools like rice paddies and small ponds [where] the temperature can fluctuate quite a lot, so being able to navigate those temperature gradients is important.”

The temperature-sensing process in zebrafish, Haesemeyer said, begins in much the same way as it does for humans, with somatosensory neurons in the face. The neurons that detect temperature changes are cells in a structure called the trigeminal ganglion.

“In humans—and zebrafish—this structure is located somewhere between the eyes and the ears,” Haesemeyer said. “We can then look at how the trigeminal ganglion encodes the temperature and what those cells do when the temperature changes. What we find is there are cells which are excited when temperatures increase, while others fire more when temperatures are low. What happens from there is these cells project to an area in the hindbrain of the fish.” 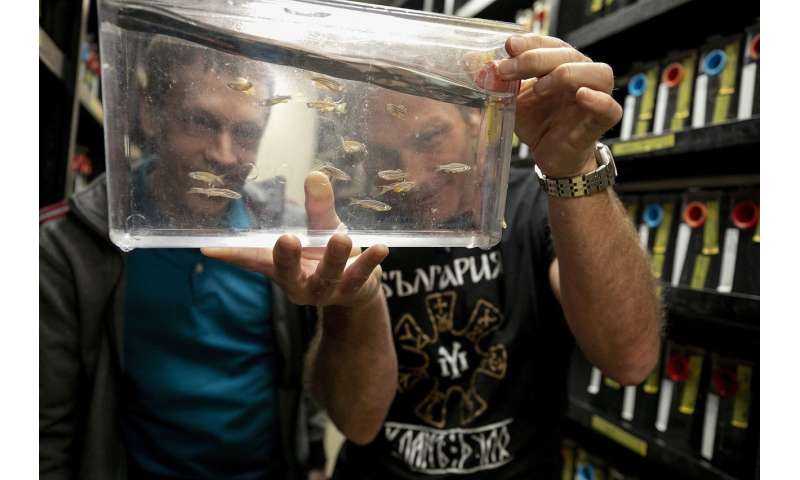 While that temperature information is encoded in the firing rates of the neurons, on its own that’s not enough to alter the behavior of the fish, Haesemeyer said.

“There’s a computation that happens to extract more information,” he said. “In the hindbrain we also find cells that use this signal to not only process how warm it is, but to calculate the direction of change, so the fish can tell if it’s getting warmer or cooler.”

While more work is needed to understand fully how the neurons make that calculation, Haesemeyer said researchers have a strong hypothesis.

“The way we think this works is to rely on the adaptation of neurons,” he said. “What that means is if you give neurons the same strength of input for a long time, what you see is they initially fire a lot, but the activity eventually falls off. We think that’s what is happening here. We think there are cells in the hindbrain that are connected to the trigeminal ganglion cells, and these hindbrain cells will be almost silent if the temperature is constant. But as soon as you get a change in temperature, those cells will start to fire.”

Haesemeyer said he plans to work on getting a more detailed picture of the neural circuit in the hind brain that translates heat information into behavior.

“What we have from this study is a model that is pretty good at taking stimuli and predicting activity in the brain and behavior,” he said. “But it’s not a full-circuit implementation, so one place I want to go is to better understand how connectivity and cellular properties shape this computation, because calculating the direction of change allows the fish, or any other animal, to do a simple form of prediction.