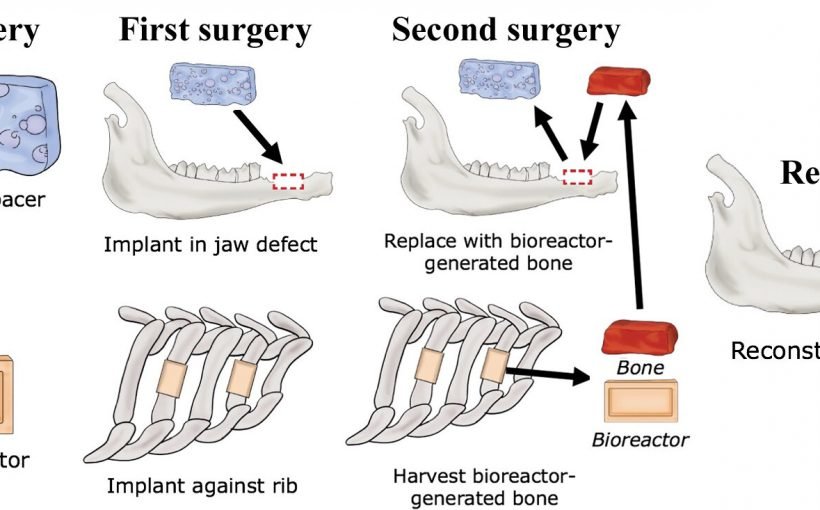 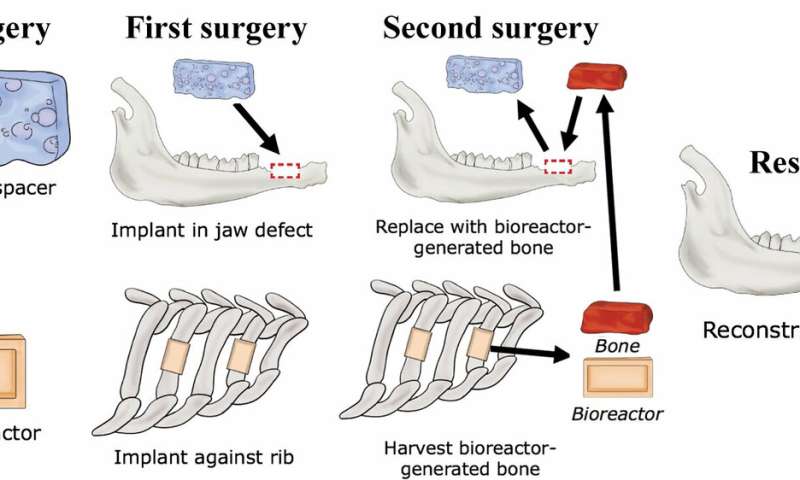 The jawbone is not typically connected to the rib bone, but it might be in an emergency.

Rice University bioengineers and their colleagues have developed a technique to grow live bone to repair craniofacial injuries by attaching a 3-D-printed bioreactor—basically, a mold—to a rib. Stem cells and blood vessels from the rib infiltrate scaffold material in the mold and replace it with natural bone custom-fit to the patient.

Researchers at Rice, the University of Texas Health Science Center at Houston (UTHealth) and Baylor College of Medicine led the study, and the results appear in the Proceedings of the National Academy of Sciences.

Led by bioengineer Antonios Mikos, a pioneer in the field of tissue engineering, the researchers combined technologies they have developed during a decade-long program funded by the Armed Forces Institute of Regenerative Medicine. The goal is to advance craniofacial reconstruction by taking advantage of the body’s natural healing powers.

The technique is being developed to replace current reconstruction techniques that use bone graft tissues harvested from different areas in a patient, such as the lower leg, hip and shoulder.

“Earlier studies established a technique for creating bone grafts with or without their own blood supply from real bone implanted into the chest cavity,” said co-author Mark Wong, a professor, chair and program director of the Department of Oral and Maxillofacial Surgery with the School of Dentistry at UTHealth. “This study demonstrated that we could create viable bone grafts from artificial bone substitute materials.

“The significant advantage of this approach is that you do not need to harvest a patient’s own bone to make a bone graft, but that other non-autogenous sources can be used,” he said.

To prove their concept, the researchers made a rectangular defect in the mandibles of sheep. They created a template for 3-D printing and printed an implantable mold and a spacer, both made of PMMA, also known as bone cement. The goal of the spacer is to promote healing and prevent scar tissue from filling the defect site.

They removed enough bone from the animal model’s rib to expose the periosteum, which served as a source of stem cells and vasculature to seed scaffold material inside the mold. Test groups included crushed rib bone or synthetic calcium phosphate materials to make the biocompatible scaffold. 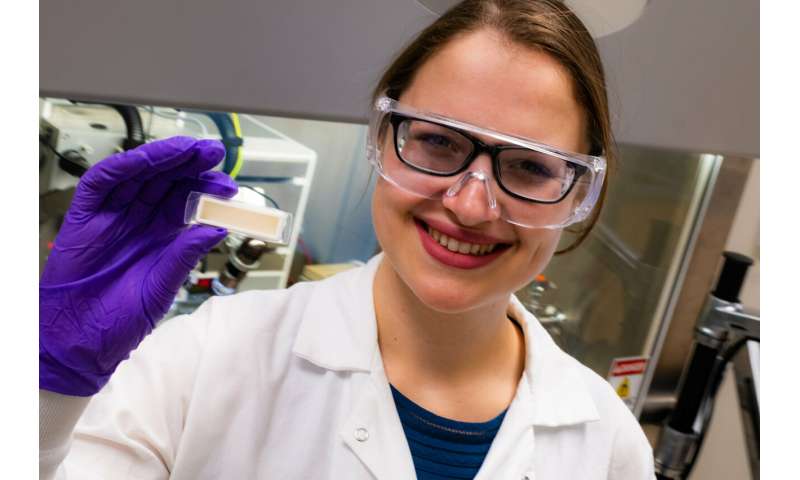 The mold, with the rib side open to create a tight interface, stayed in place for nine weeks before removal and transfer to the site of the defect, replacing the spacer. In the animal models, the new bone knitted to the old and soft tissue grew around and covered the site.

“We chose to use ribs because they’re easily accessed and a rich source of stem cells and vessels, which infiltrate the scaffold and grow into new bone tissue that matches the patient,” Mikos said. “There’s no need for exogenous growth factors or cells that would complicate the regulatory approval process and translation to clinical applications.”

Ribs offer another advantage. “We can potentially grow new bone on multiple ribs at the same time,” said co-author Gerry Koons, an M.D./Ph.D. student at Rice and Baylor currently working in Mikos’ lab.

Using PMMA for the mold and spacer was a simple decision, Mikos said, as it has been regulated as a medical device for biological applications for decades. In World War II, when PMMA was used as a windshield for fighter planes, doctors noticed that shards embedded in injured pilots did not cause inflammation and thus considered it benign.

While the study’s initial goal is to improve the treatment of battlefield injuries, the big picture includes civilian surgeries as well.