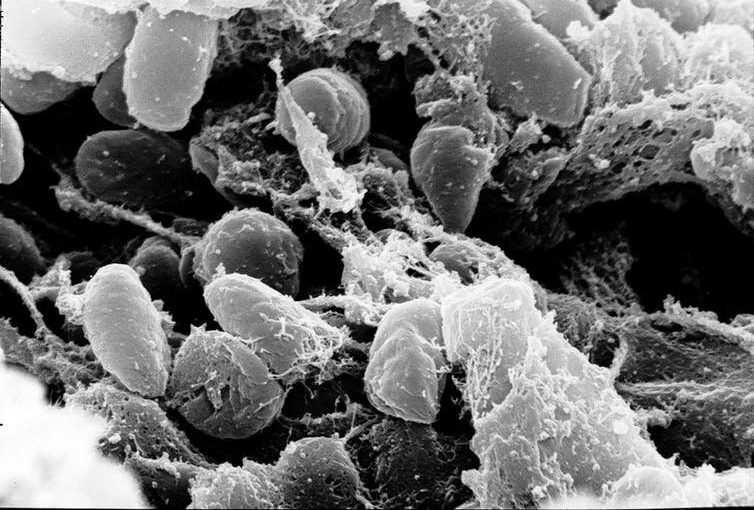 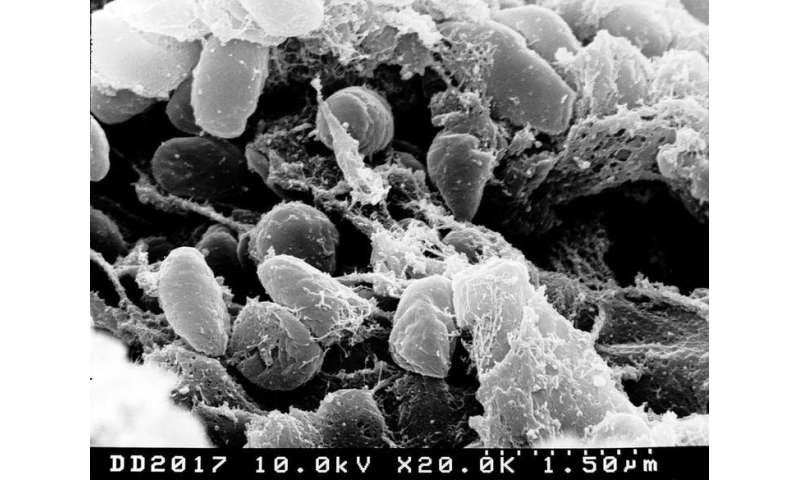 One of civilization’s most prolific killers shadowed humans for thousands of years without their knowledge.

The bacteria Yersinia pestis, which causes the plague, is thought to be responsible for up to 200 million deaths across human history—more than twice the casualties of World War II.

The Y. pestis death toll comes from three widespread disease outbreaks, known as epidemics: the sixth century Justinianic Plague that ravaged the Eastern Roman Empire; the 14th century Black Death that killed somewhere between 40% and 60% of the European population; and the ongoing Third Pandemic, which began in China in the mid-19th century and currently afflicts thousands worldwide.

But recent paleogenetics research reveals that plague has been with us for millennia longer: Ancient DNA (aDNA) from the bacteria was recovered from human skeletons as old as 4,900 years. This means people were contracting and dying from plague at least 3,000 years before there’s any archaeological or historical evidence for an epidemic.

Why didn’t these earlier infections lead to devastating outbreaks like the Black Death? It seems the answer is part biological—genetic mutations to the bacteria itself—and part cultural—changes to human lifestyles that encouraged the spread of the disease.

Pathogen aDNA analysis also revealed how Y. pestis bacteria have evolved over time. The oldest genomes recovered belong to a now-extinct lineage, which was missing certain mutations that make plague so contagious for humans. For example, later Y. pestis strains evolved a gene that allows the bacteria to efficiently infect fleas, the main carriers of the disease in recent times. More ancient Y. pestis samples lack the gene.

So far, the earliest plague genome recovered with these mutations dates to around 1800 BC from the Samara Valley, Russia. The mutations were also identified in a skeleton from Iron Age Armenia that was dated to around 950 BC.

It seems the more contagious form of plague has been infecting humans for nearly 4,000 years.

But there are no indications in the archaeological record of epidemics in the ancient societies in Russia and Armenia—despite the fact that some individuals died from the highly contagious plague strain.

It’s possible outbreaks occurred but the evidence simply hasn’t been found yet. For example, if future excavations were to uncover a series of mass graves that differed from the usual burial customs of those cultures, this could suggest societal disruption consistent with an epidemic.

Or perhaps the bacterial strains, though genetically similar to the plagues of Justinian and the Black Death, lacked some other critical mutation, still unidentified.

Alternatively, there could be another explanation, related to the behavior of the people being infected. Did the ancient people of the Samara Valley and Armenia live in a way that protected them from plague—perhaps without even knowing it?

We sought to answer this by investigating whether the populations of 1800s BC Samara Valley and Iron Age Armenia behaved differently from people in Justinian’s Empire in crucial ways.

First we established conditions that make a population more or less vulnerable to an outbreak. We identified criteria known to be associated with plague virulence, or how infectious the bacterium is.

Population density is important; the number of people in contact with an infected individual affects the rate of disease spread.

As East Asia is the likely geographic source of plague, regular trade with the region is another factor.

And we examined reliance on horses, because some scholars suggest—though it’s not yet biologically tested—that the animals carry natural immunity to plague. Regular contact with horses could reduce a population’s susceptibility to the disease.

We then compared three populations on these six criteria using archaeological and historical data.

For the Justinianic Plague, we focused on Constantinople, the capital of Justinian’s Empire and an epicenter of the outbreak. Constantinople’s culture created a perfect storm of conditions for an epidemic.

It was a congested urban center with a population of over 500,000 people, or 140 individuals per acre. All of Constantinople’s staple foods, including grain, were shipped from surrounding areas and stored in large warehouses, creating ideal breeding grounds for rodents. Flourishing trade also introduced the rat species—Rattus rattus—from India that would later be identified as the main carrier of fleas harboring plague.

In contrast, lifestyles in Samara and Armenia may have kept the epidemic at bay.

These populations were significantly more mobile and less congested than the urban population of Constantinople. The Samara population shows little evidence for agriculture and tended to occupy small settlements of extended families. These communities managed shared herds, and horse tools found in their characteristic burial mounds suggest the animals were highly valued. Remember, horses may have had some natural immunity to the disease.

Due to shifting local powers, Early Iron Age Armenia appears to have been home to farmers as well as nomadic pastoralists. Generally, though, archaeologists presume the populations practiced cattle farming, which would have made people substantially more mobile and dispersed than inhabitants of Constantinople.

Less congestion would have made contaminating nearby villages more difficult. Lacking agriculture, Samara could not have supported human-dependent rodents, the way Constantinople did. Both populations potentially benefited from a high ratio of horses to people.

While Samara and Armenia saw occasional plague victims, the structure of their societies likely protected them from the devastation wrought in Constantinople.

While encouraging economic and technological gains, urban development and trade created ideal conditions for an epidemic in Constantinople. Vulnerability to plague was an unintended consequence of this society’s lifestyle.

Meanwhile, it seems earlier cultures unwittingly shielded themselves from the same threat.

The harsh reality is that it’s exceedingly difficult, if not impossible, to control a pathogen, its possible mutations or its next outbreak. But understanding how human behaviors affect the spread and virulence of a disease can inform preparations for the future.