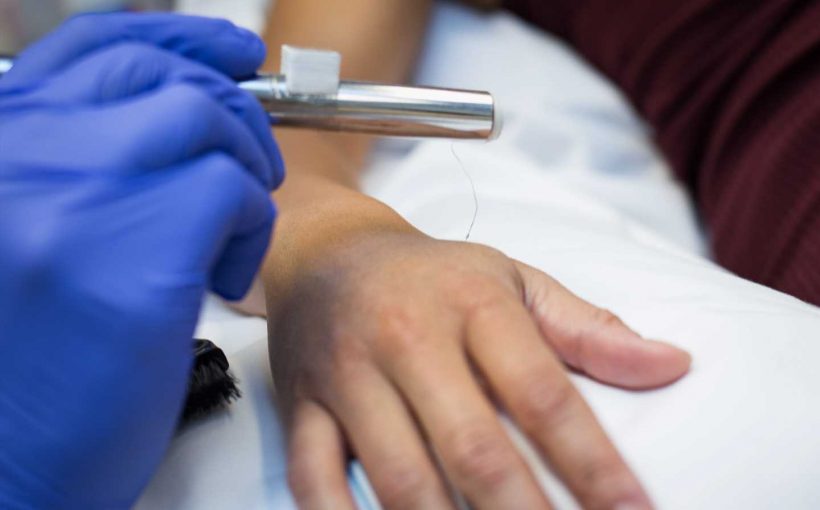 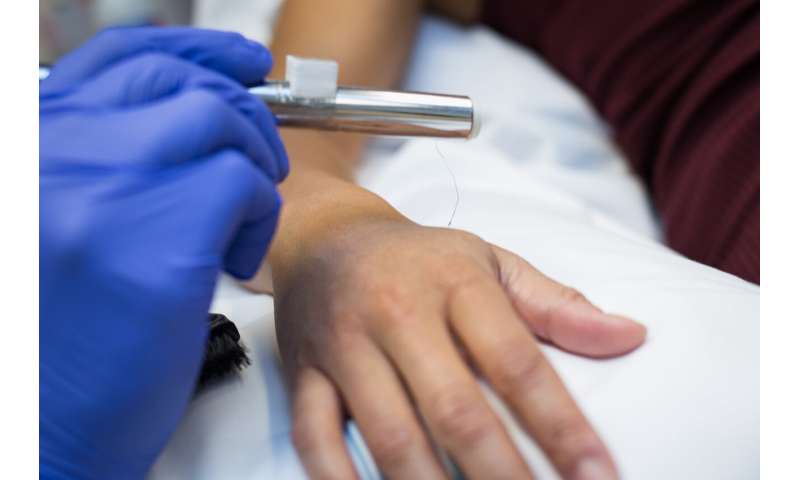 Pain signals can travel as fast as touch signals, according to a new study from researchers at Linköping University in Sweden, Liverpool John Moores University in the U.K., and the National Institutes of Health (NIH) in the U.S. The discovery of a rapid pain signaling system challenges our current understanding of pain. The study is published in the scientific journal Science Advances.

It has until now been believed that nerve signals for pain are always conducted more slowly than those for touch. The latter signals, which allow us to determine where we are being touched, are conducted by nerves that have a fatty sheath of myelin that insulates the nerve. Nerves with a thick layer of myelin conduct signals more rapidly than unmyelinated nerves. In contrast, the signaling of pain in humans has been thought to be considerably slower and carried out by nerves that have only a thin layer of myelin, or none at all.

In monkeys and many other mammals, on the other hand, part of the pain-signaling system can conduct nerve signals just as fast as the system that signals touch. The scientists wondered whether such a system is also present in humans.

“The ability to feel pain is vital to our survival, so why should our pain-signaling system be so much slower than the system used for touch, and so much slower than it could be?” asks Saad Nagi, principal research engineer of the Department of Clinical and Experimental Medicine and the Center for Social and Affective Neuroscience (CSAN) at Linköping University. 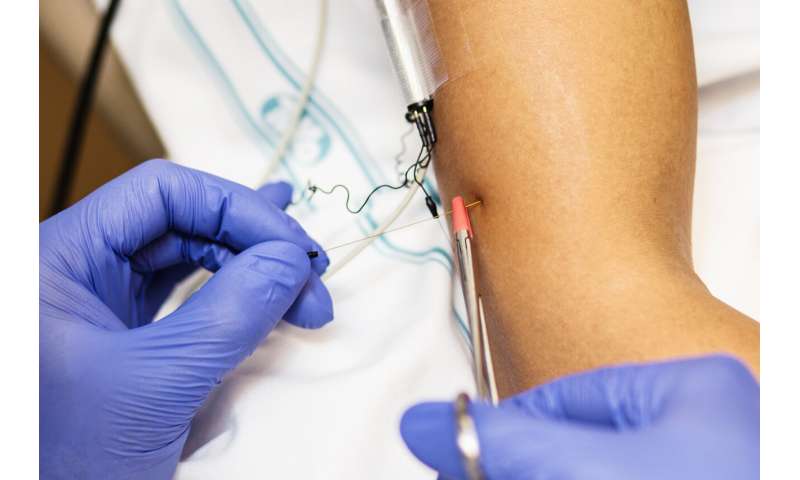 The next step was to determine the function of these ultrafast pain receptors. By applying short electrical pulses through the measurement electrodes, they could stimulate individual nerve cells. The volunteers described that they experienced sharp or pinprick pain.

“When we activated an individual nerve cell, it caused a perception of pain, so we conclude that these nerve cells are connected to pain centres in the brain,” says Saad Nagi. 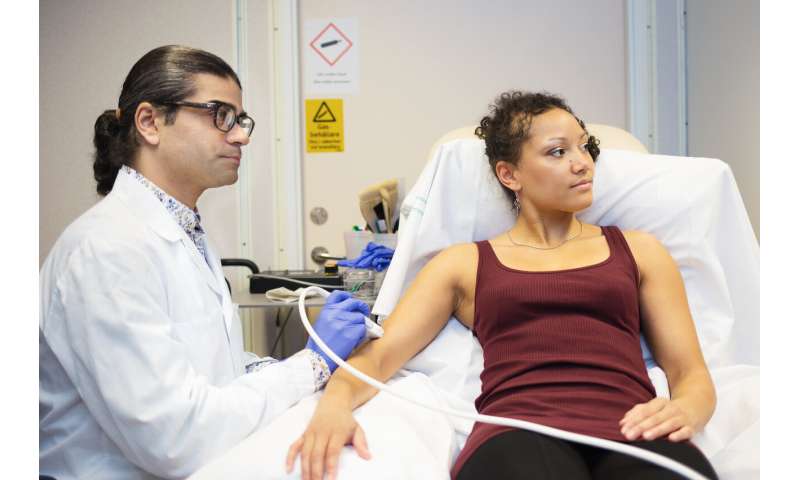 The research team also investigated patients with various rare neurological conditions. One group of people had, as adults, acquired nerve damage that led to the thickly myelinated nerve fibres being destroyed, while the small fibres were spared. These patients cannot detect light touch. The scientists predicted that the loss of myelinated nerve fibres should also affect the rapidly conducting pain system they had identified. It turned out that these people had an impaired ability to experience mechanical pain. Examination of patients with two other rare neurological conditions gave similar results. These results may be highly significant for pain research, and for the diagnosis and care of patients with pain.