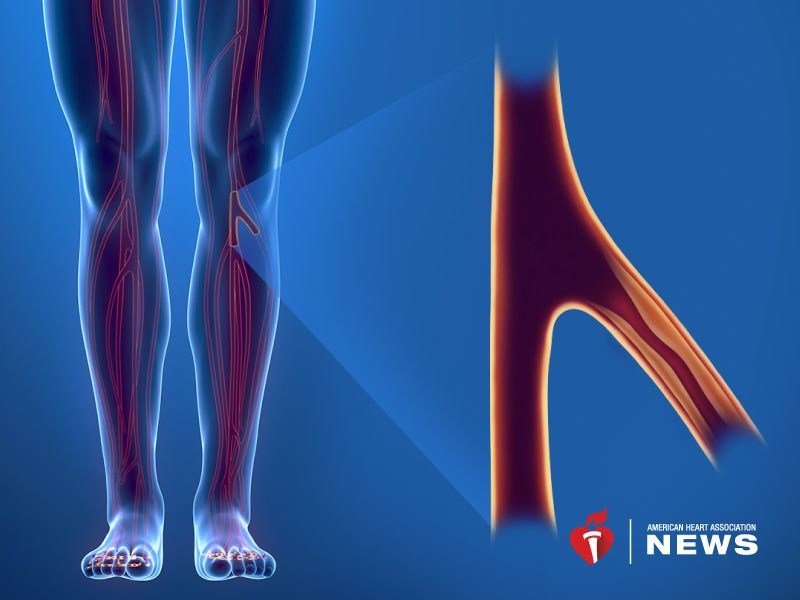 People with obesity are known to be at increased risk for coronary heart disease, the most common type of heart disease. Now, a new study shows obesity may also increase the chance of developing peripheral artery disease.

Experts say previous studies have found that smoking, diabetes and high cholesterol increase a person’s risk of developing peripheral artery disease, but the role that obesity plays in the disease has been unclear.

For the new study, published Aug. 9 in the Journal of the American Heart Association, researchers at Johns Hopkins University School of Medicine in Baltimore analyzed data on nearly 14,000 black and white men and women enrolled in the ongoing Atherosclerosis Risk in Communities Study, which began in 1987. They found that people who were obese were 1.5 times more likely to develop peripheral artery disease with critical limb ischemia than those who were normal weight.

Hicks said their findings show why it is important for doctors to advise patients with peripheral artery disease who are obese to lose weight. But she admitted that losing weight can be particularly hard to accomplish for those with the condition.

“It’s a vicious cycle, because as people get obese [and develop peripheral artery disease], they have trouble walking … which makes it harder to lose weight, because they’re not active,” said Hicks, an assistant professor of vascular surgery and endovascular therapy at Johns Hopkins University School of Medicine.

Dr. Aruna Pradhan, a cardiologist at Harvard Medical School in Boston who was not involved in the study, noted that the study researchers couldn’t account for people whose weight may have fluctuated. She also noted that it was possible that obesity-related conditions such as diabetes might be driving the higher rates of peripheral artery disease and critical limb ischemia, rather than obesity itself.

“But that doesn’t detract from the message that reducing weight could very certainly impact the risk of peripheral artery disease, as it does with other cardiovascular diseases,” said Pradhan, who is chair of the American Heart Association’s Peripheral Vascular Disease Council.

Pradhan said she sees many patients with advanced peripheral artery disease who are awaiting surgery to have a limb amputated.