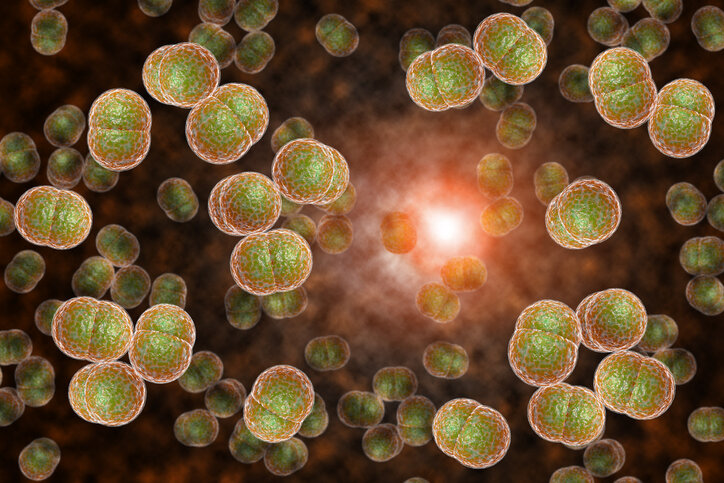 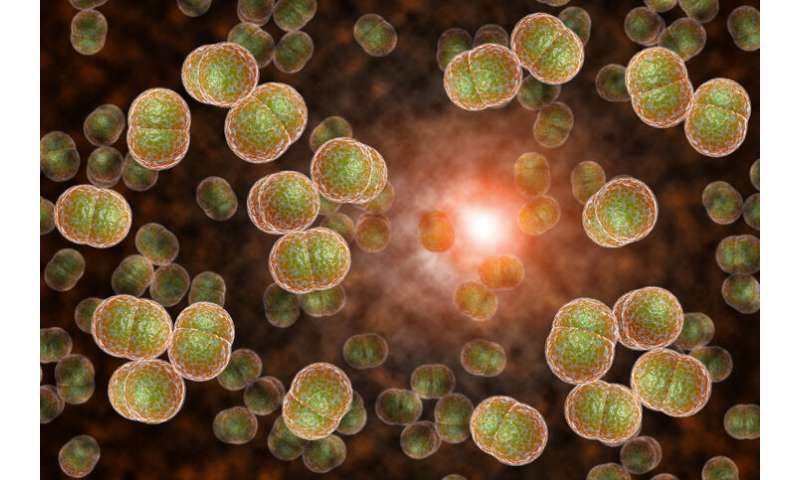 New research from experts at the University of Nottingham could lead to an improved vaccine to protect against the bacterium, Neisseria meningitides that causes sepsis and meningitis.

The findings, published today in the journal Frontiers in Microbiology, could have major implications for the current meningococcal group B vaccines, Trumenba and Bexsero, both of which contain Factor H binding protein (FHbp), a lipoprotein found on the bacterium’s surface.

Meningococcal infections are the most common cause of bacterial meningitis in the UK and Ireland, a life-threatening disease that poses a continuing threat worldwide. With growing fears around the increase of antibiotic-resistant bacteria, ensuring vaccines are as effective as they can be, could prove vital in helping reduce the number of global deaths from the disease.

Babies and adolescents are the most at risk of contracting meningococcal infection and alarmingly up to 20 percent of cases result in fatality. For those who survive, 15 percent suffer life-long complications including hearing loss, brain damage and, in the case of sepsis, organ damage and loss of extremities including whole limbs.

Bacterial vaccines contain key components from the outside of the bacterium which the body makes antibodies against without causing any infection. If the vaccinated person is subsequently exposed to the bacterium, the immune system recognises it and produces the right antibodies to stop infection.

The MenACWY meningococcal vaccine contains polysaccharide capsular antigens that coat the outside of this bacterial species. This type of vaccine is however ineffective against MenB strains, the major agents of meningococcal disease in the UK. The two new MenB vaccines, Trumenba and Bexsero contain protein antigen, FHbp, and are effective against the majority of MenB strains.

A potential problem however is that bacteria constantly mutate and produce new strains with alterations in the antigens that reduce recognition by vaccine antibodies and escape protection.

This latest study highlights the importance of multivalent vaccine approaches and how these approaches may help to protect against mutated strains.

The study was led by Dr. Ruth Griffin, Assistant Professor in Microbial Pathogenesis from the School of Life Sciences at the University of Nottingham. Dr. Griffin works in the Synthetic Biology Research Centre headed by Professor Nigel Minton, where she is developing vaccine platform technologies and supporting Professor Minton’s health-related research.

Dr. Griffin says: “The Trumenba vaccine currently used to protect against meningococcal group B is monovalent, it comprises two versions of the same antigen. The risk you take with monovalent vaccines is that isolates may have previously acquired mutations in the target or go on to acquire new mutations such that the target changes significantly from that contained within the formulation. This makes the vaccine less target-specific and less effective.”

The study found that over 88 percent of invasive strains express the precursor version of FHbp- i.e. a larger, uncleaved protein that is not lipidated. Therefore the antigen in the Trumenba vaccine is presented in a different manner to the native antigen produced by most strains. It is unclear at the moment whether the altered presentation affects the ability of vaccine-elicited antibodies to kill these strains.

“We analysed the FHbp sequence of almost 2000 isolates and experimentally tested 20 and saw a 100 percent correlation between mutations in the signal peptide sequence and inability to convert the precursor protein to the cleaved lipidated antigen, “says Dr. Griffin.

The test currently used to predict which meningococcal isolates will be targeted by Trumenba measures the abundance of FHbp on the cell surface since a critical amount is needed for antibodies to bind the cell and aid killing.

Dr. Griffin says: “The data reported from these tests show that some strains with sufficient FHbp levels are surprisingly not susceptible to killing by Trumenba vaccine antibodies. With our discovery that key mutations affect FHbp structure and abundance on the cell surface, this data can be re-evaluated and the MEASURE assay refined to include appropriate reference strains that express the precursor so that isolates can be benchmarked against typical strains.