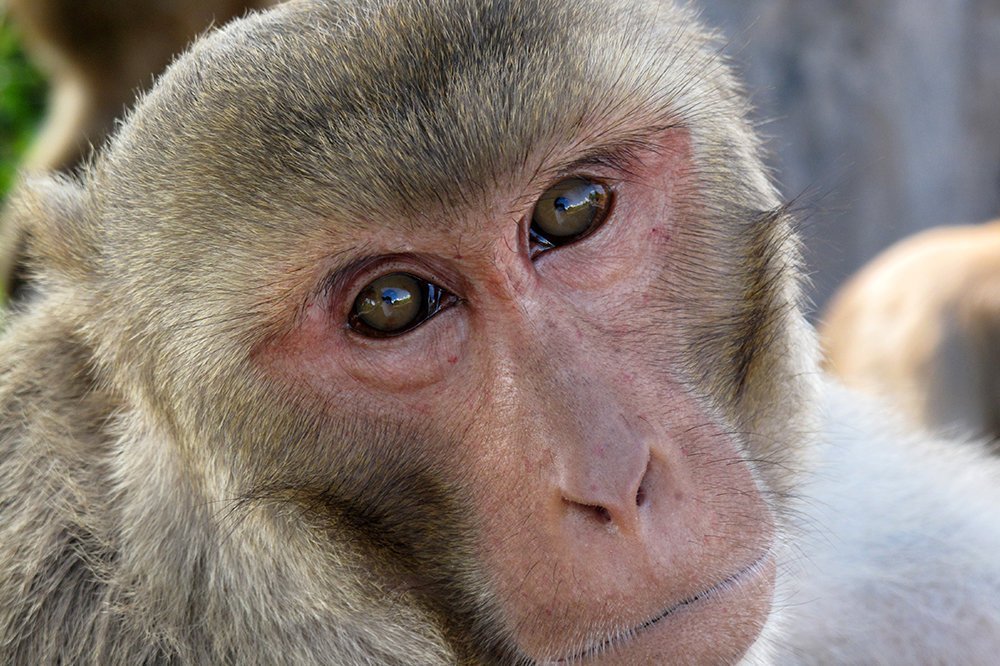 Most animals, including our primate cousins, communicate: they gesture, grimace, grunt, and sing. As a rule, however, they do not speak. So how, exactly, did humans acquire their unique talent for verbal discourse? And how do our brains manage this complex bit of communicative magic?

Scientists in the lab of Winrich Freiwald have shed new light on the underpinnings of human speech by identifying neural circuitry in the brains of monkeys that could represent a common evolutionary origin for social communication. As reported in the journal Neuron, these circuits are involved in face recognition, facial expression, and emotion. And they may very well have given rise to our singular capacity for speech.

Other researchers, meanwhile, had suggested that particular areas of the brain might be responsible for producing facial expressions. But no one had imaged these facial motor regions while they were active, much less when they were being used for communication. Nor did scientists understand how these networks might interact with each other and with areas of the brain that handle emotion, another integral component of social interaction.

Freiwald and Stephen Shepherd, a former research associate in the lab, decided to investigate the patterns of activation that occur within and between these various networks to better understand how the brain coordinates the intricate task of social communication. They used a novel experimental setup to take MRI scans of the brains of monkeys as they watched video clips of other monkeys making communicative facial expressions. In some of the clips, the videotaped monkeys looked off to the side, mimicking a situation in which the subject monkeys were passively observing communication between other animals without participating in it. In others, the prerecorded animals appeared to be looking directly at the subject monkeys, simulating face-to-face social interaction.

These differences in social context proved to be significant. When the monkeys in the clips made a friendly lip-smacking gesture, the subject monkeys responded in kind—but only when their prerecorded peers appeared to be making direct eye contact with them.

The brain scans taken during these different kinds of simulated events were even more illuminating. 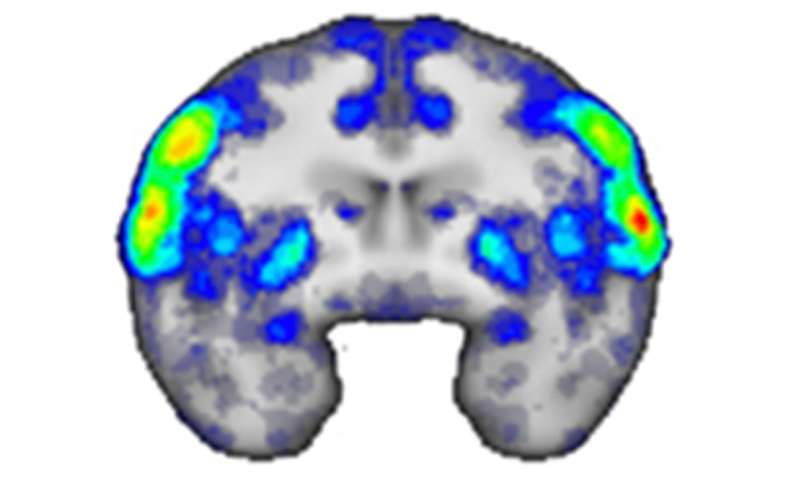 Based on previous research, the scientists expected the face-perception regions of the monkeys’ brains to simply feed information to a region associated with emotion, which would then stimulate the regions responsible for producing facial expressions.

All of those areas were indeed activated. But much to the researchers’ surprise, they did not shuttle information to one another in straightforward, sequential fashion.

What’s more, videos that simulated social interaction through direct eye contact caused an unexpected third neural circuit to light up. This suggests that specific areas of the animals’ brains are sensitive to social context, and perform the specialized cognitive functions necessary for social communication.

Producing facial expressions in response to the videotaped monkeys prompted an entirely different pattern of brain activation. Generating a friendly lipsmack, in particular, activated a region that resembles Broca’s area, a portion of the human brain concerned with the production of speech.

As Freiwald explains, this suggests that monkey facial expressions like lipsmacks might be evolutionary precursors to human speech—a possibility that some scientists had previously discounted on the grounds that such gestures were too simple or reflexive to pave the way for something as subtle and sophisticated as human verbal communication.

Currently, the researchers are measuring the electrical activity in individual neurons in all three of the networks revealed in the scans. This allows them to more precisely gauge the activity in each of these areas during social communication and form a more detailed picture of how the neural circuits responsible for face processing, facial expression, and social context interact.