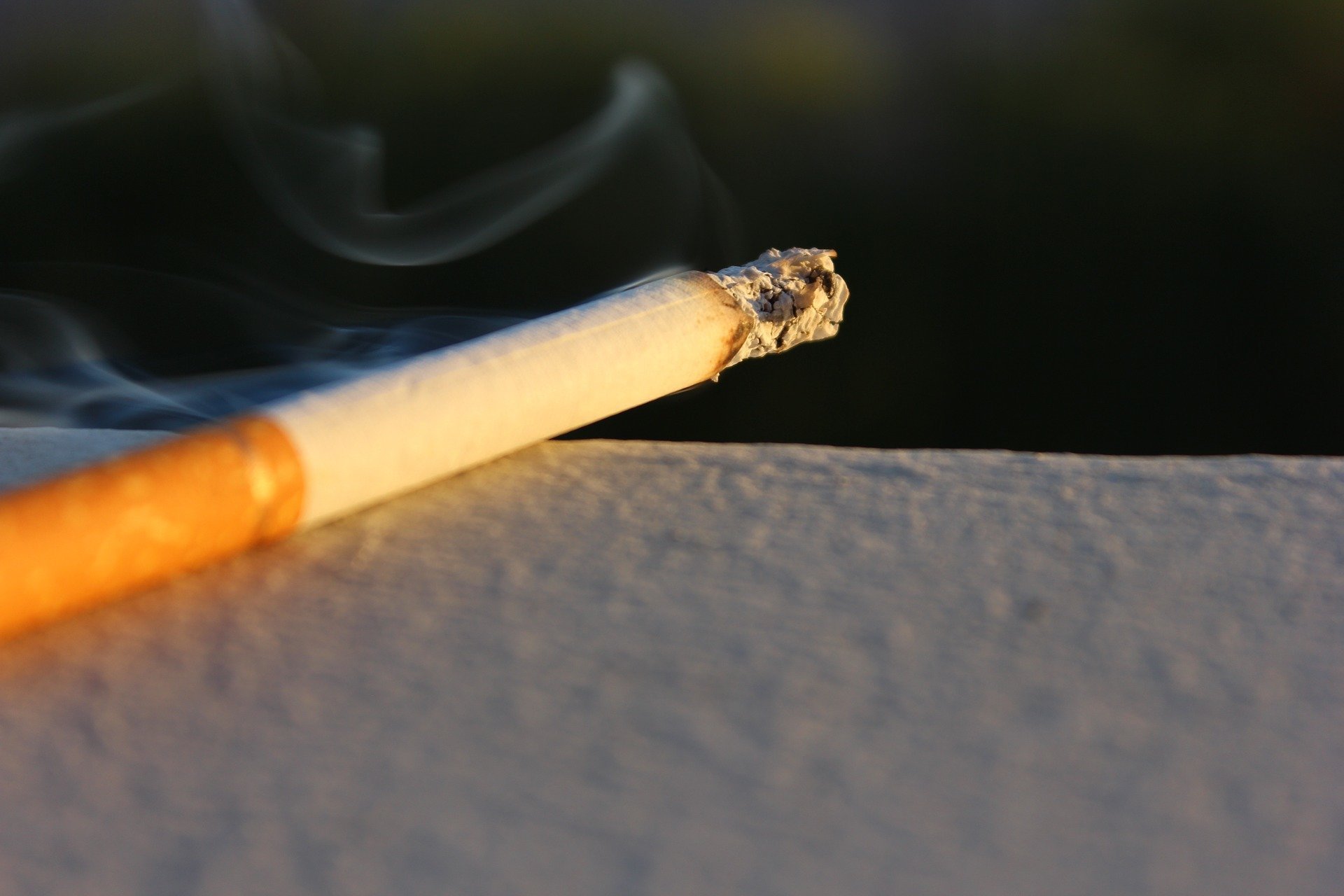 Chronic, frequent tobacco smokers have a decreased number of cannabinoid CB1 receptors, the “pot receptor”, when compared with non-smokers, reports a study in Biological Psychiatry.

The study, the result of a collaboration of researchers affiliated with the National Institutes of Health, Maryland, supports that CB1 receptors play a role in smoking. The findings add to the group’s previous studies that report the same finding in people who abuse cannabis or alcohol, suggesting that reduction of CB1 receptors is a common feature of addiction.

Of the 46 men who participated in the study all were considered healthy—18 of the participants were frequent cigarette smokers and 28 did not smoke. The researchers measured the number of receptors by using a brain imaging technique to detect a drug that binds to CB1 receptors.

The analysis indicated a nearly 20 percent reduction in CB1 receptors in the brains of smokers compared to non-smokers. The reduced receptor number was present throughout the brain (in all 18 regions examined in the study), with some regions more affected than others. The reduction in receptors was not exacerbated by more cigarettes smoked per day, or by starting before the age of 18.

“We think that the reduction of CB1 receptors may be unhealthy because these receptors are involved in many normal brain functions, such as memory and coping with stress,” said Jussi Hirvonen, MD, Ph.D., of NIH and University of Turku, Finland. Dr. Hirvonen was co-first author of the study, along with Paolo Zanotti-Fregonara, MD, Ph.D., of NIH and Houston Methodist Research Institute, Texas.

A drug that blocks CB1 receptors, called rimonabant, has been tested in clinical trials for smoking cessation. Although the drug seemed to help people quit smoking, it caused problematic psychiatric side effects. “While rimonabant was associated with unacceptable risk for mood symptoms and suicidal ideation, other addiction treatments targeting cannabinoid signaling should be explored,” said John Krystal, MD, Editor of Biological Psychiatry.