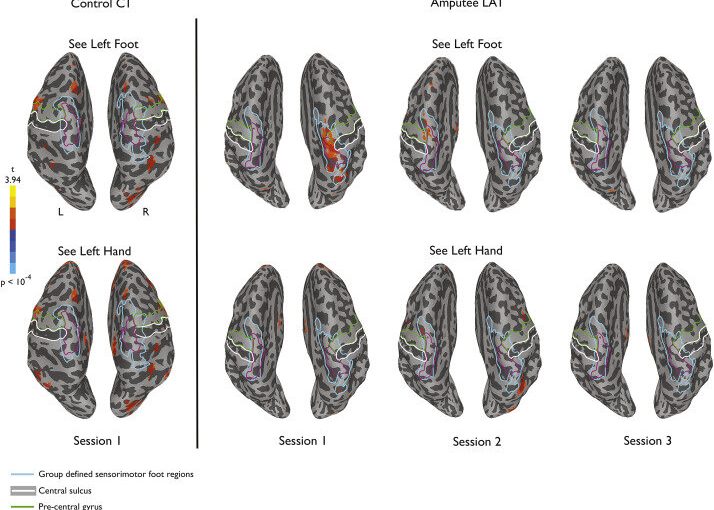 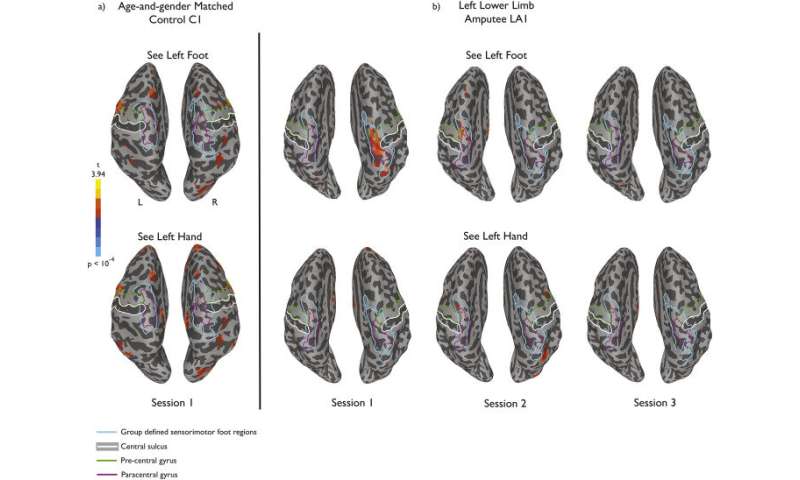 Easing phantom limb pain can be as simple as looking in the mirror.

Scientists who have mapped how mirror therapy changes the brain may now be able to predict just how much treatment will ease a particular patient’s pain.

Phantom limb pain—feeling intense pain in a missing limb—happens to more than 90% of amputees and can start just 24 hours after surgery. Drugs don’t work well.

Mirror therapy—symmetrical exercises in a mirror where patients “see” their phantom limb move as if it were really there—has long been used to treat it.

Now new research charting brain changes before and after therapy means scientists may soon be able to predict how well it will work in different people.

The sensation-processing part of the brain, the somatosensory cortex, maps the body surfaces. For example, wiggling your toes activates the ‘toe area’ of the brain. Losing the limb may alter these maps.

“Mirror therapy works by kind of fooling the brain with visual inputs,” said Brunel University London’s Dr. Annie Chan. Her study is one of the first to track how over time mirror therapy changes brain activation after the loss of somatosensory feedback from a missing foot through amputation.

Working at the National Institute of Mental Health (Laboratory of Brain and Cognition, Section of learning and Plasticity), Bethesda, U.S., the team measured brain activity before, during and after four weeks of daily mirror therapy. They compared results from amputees with those from people without amputations.

“This response to visually presented limbs was no longer present at the end of the mirror therapy, when perceived phantom limb pain was also reduced.”

Overall, the amputees’ phantom limb pain was reduced by 46% from the first scan through to the third session of therapy.